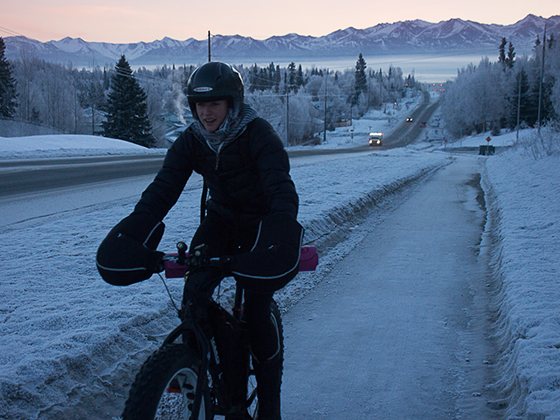 Following a two-month ride on the Great Divide Mountain Bike Route in November 2011, I flew from New Mexico to my childhood home of Alaska for the winter. I had no idea what I was getting myself into. I grew up in Alaska. I did not grow up riding bikes. But during my years away from my home state, I had fallen in love with bikes, they had become my only mode of transportation — and now snow blanketed Anchorage.

On my second day back in Alaska, my partner Nick had a surprise waiting for me. He told me to stop by a local bike shop to check out the fat bikes. He told me to ask for help at the service department, and when I got there, a white Surly Pugsley with my name on it was waiting for me. The first thing I did was ride 10 miles across town to a catering gig in South Anchorage. Riding a fat bike on snow for the first time is unlike any other riding experience. It makes you feel like a kid. I showed up to work with pink cheeks, frozen eyelashes, and a huge smile. 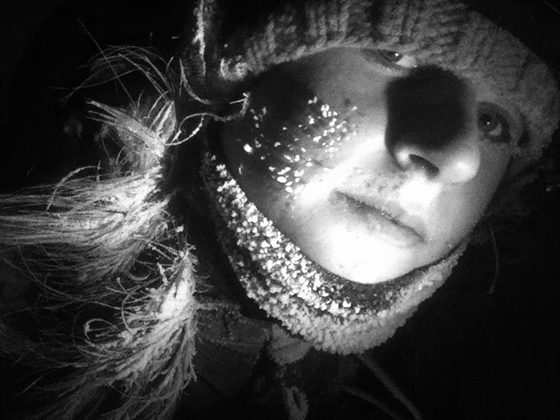 The next week, I got a more permanent job as a math tutor in an elementary school five miles from my house. It snowed that week. In fact, it almost never stopped snowing that winter, totaling nearly 200 inches in a single season. School starts at 9:00 AM and gets out at 3:30 PM. In the darkest time of year in Anchorage, the sun doesn’t rise until after 10:00 AM and sets before 4:00 PM. I left the house every morning around 7:30 AM. I rarely saw the sun. Snow piled up on the streets, and four-lane roads diminished to 2.5 lanes. Drivers did their best to keep their wheels in the rutted lanes.

Anchorage is the only place in the world where I ride on the sidewalk, because road conditions in the winter are barely conducive to driving a four-wheel-drive truck with studded tires. Snow plows push excess snow and ice chunks onto the sidewalks, which ride like dry, frozen riverbeds — lumpy and loose. It’s hard to stay upright, and I walked a lot on my way to work, but I always made it to school on time. Some days it took half an hour and others twice as long to make it the five miles, but I never regretted it. The fresh morning ride outside colored my whole day. It felt like a huge accomplishment just to make it to work. 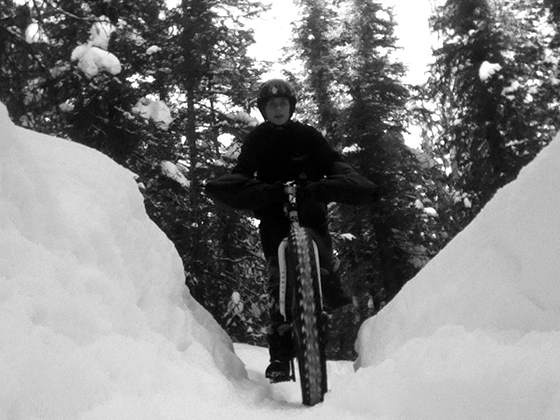 Entering the school cold and physically tired but energized, I rolled my bike into my classroom and parked it by the coat rack. My students were impressed at first by the huge tires, and then it became normal. “That’s just how Miss Wilcox gets to work.”

We worked on arithmetic all day. I visited them in their classrooms and they came to see me for extra help. And then at 3:30 PM, the school day was over and I did my best to roll out and catch the last few minutes of daylight. I rode halfway home to the yoga studio, practiced for an hour and a half, then finished the ride home. That was my day, every day of the week. 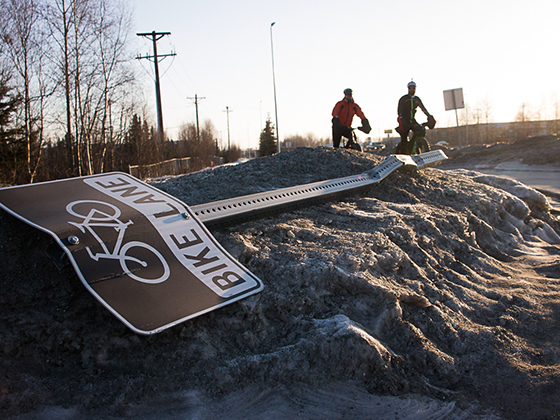 The next summer, I went on my first mountain-bike ride on the Colorado Trail (CT), a 500-mile singletrack trail from Denver to Durango. It was hard as hell. I never would’ve attempted the CT if I hadn’t spent a winter commuting on a fat bike in Anchorage. Fat biking was my gateway to mountain biking. It taught me to keep trying to ride, no matter the conditions. And when you can’t ride, you walk — because someone had to help those kids with their arithmetic.

Lael Wilcox has been traveling by bike since 2008. She and Nicholas Carman researched and developed the Baja Divide route in Mexico. Lael also won the Trans Am Bike Race in June 2016 and visited Adventure Cycling during our 40th anniversary that year too. We like to keep up with her on Instagram, @laelwilcox, and facebook.com/lael.wilcox. 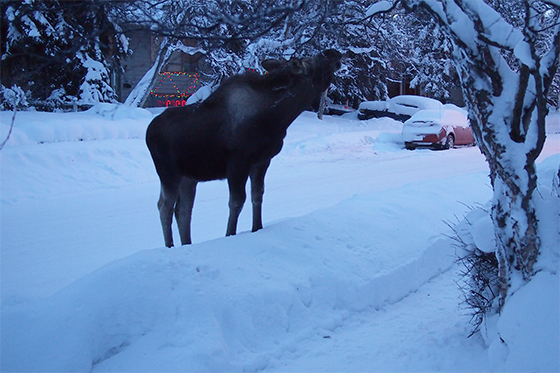 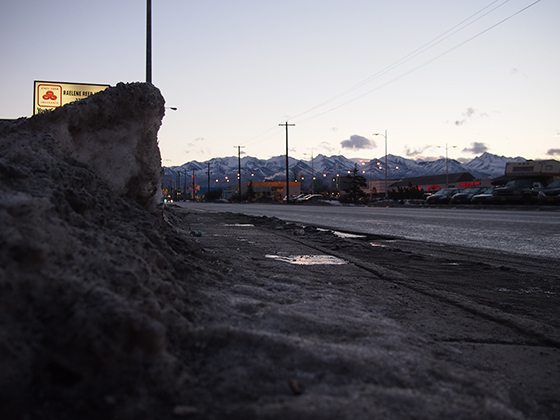