Paving the Way for Bike Tourism in the Bitterroot: The Missoula to Lolo Trail 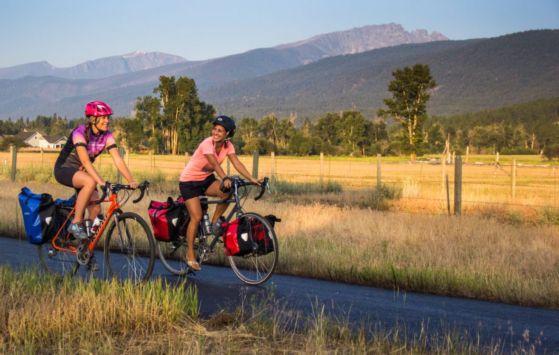 We've been hearing for years how frightening the high speed, heavily trafficked highway into Missoula is for cyclists making their way to our headquarters on our cross-country routes. Now, the wait for something better is almost over. A seven-mile, multi-use trail from Missoula to Lolo (known as the M2L) is planned to be completed by June 2016, just in time for Adventure Cycling’s 40th Anniversary celebration in Missoula in July. It will provide the missing link for the Bitterroot Trail, a forty-five mile continuous off-highway path from Missoula to Hamilton paralleling the rugged Bitterroot Mountains. The existing Bitterroot Trail has long been acknowledged as a wonderful amenity for people riding our routes or for locals and visitors who want to enjoy the Bitterroot Valley by bicycle. With the gorgeous mountain scenery and quaint small towns dotting the path, it provides a delightful way to enjoy the area.

Twenty Years in the Making

The trail was identified as a need by Missoula city and county planners over twenty years ago. However, with no scheduled improvements planned for this section of U.S. Route 93 (US 93), no opportunity existed to fold a trail into other transportation construction projects. The added complexity of the corridor’s steep hillside and river embankments, along with parallel railroad tracks, made trail building expensive. As the Bitterroot Valley population grew, the need for a safe, off-highway path grew as well. Over time, the Montana Department of Transportation, in partnership with communities, improved US 93 between Lolo and Hamilton and built the Bitterroot Trail during these construction projects. However, the gap between Missoula and Lolo loomed large and insurmountable. Despite trail advocates voicing their desire for the path due to the amount of high speed traffic on US 93 and injuries sustained by local residents, the difficult terrain and lack of funding kept the county from pursuing any trail building plans.

All of that changed in 2013, when a feasibility study was conducted which identified four alternative routes and estimated construction costs for each. Then, a new grant opportunity through the Federal Lands Access Program seemed like a sure thing for helping fund the trail. Trail proponents from the county, state, city and advocacy groups were stunned to learn that the trail did not make the short list of awarded projects. With three weeks to deadline, the community (cycling groups including Adventure Cycling, city/county staff, consultants, and a long list of supporters) came together to re-write the grant to a highly competitive federal grant program called TIGER (Transportation Investment Generating Economic Recovery). It was a shot in the dark, but with such broad support from across the region, the project made the cut (the only trail in the country to do so) and Missoula County was awarded $4.58 million in 2013 with the stipulation of local and state matches. 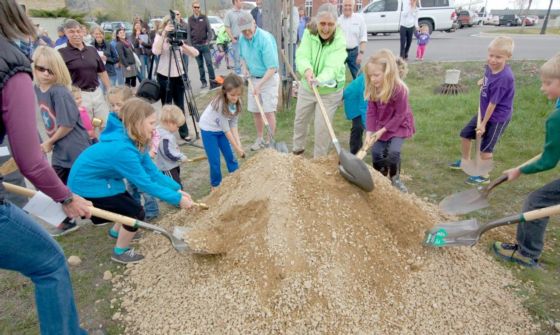 An Advocate at the Heart of the M2L Trail

One of the biggest movers and shakers of the trail is Jean Belangie Nye (pictured above in lime green). She is a former teacher, president of the Bike Walk Alliance for Missoula, and a founder of the Missoula to Lolo Trail Committee. Her advocacy work for the project began 29 years ago when one of her students was struck and killed by a car on the stretch of US 93 between Missoula and Lolo. She was invaluable in chartering the feasibility study for the trail as well as raising money for the TIGER grant application. Next on Jean’s list is filling in the little gaps between trails in the region and pursuing a trail on the busy stretch between Salmon and Seeley Lakes (on the Great Parks North route) among other things.

At the time of this post, construction is ahead of schedule and under budget, as crews have graded the entire seven miles and paved a little over a mile. They hope to have the trail completely paved by winter and entirely finished in the spring with all signs, plantings, and even a counter that will display the amount of users. The weather and below-average winter snowfall are likely responsible for the fast pace.

The trail will benefit several different types of users: 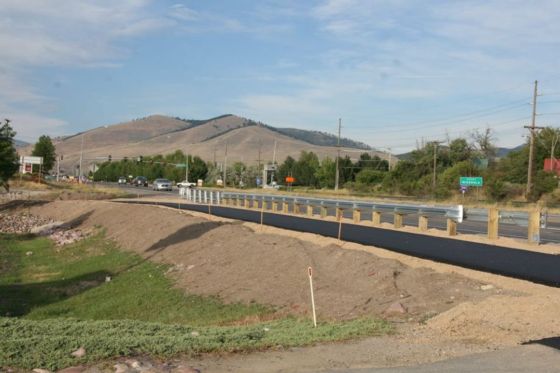 Celebrating 40 Years of Adventure Cycling on the M2L!

The trail is scheduled to be completed by June of 2016, just before the Montana Bicycle Celebration taking place the weekend of July 15 – 17. On the morning of Saturday the 16th, there will be a ribbon-cutting ceremony for the M2L, with the governor and other national, state, and county/city officials expected to attend. Throughout the day, participants will take part in organized rides along the trail, stopping in towns and businesses (including the many breweries) along the Bitterroot. A shuttle is planned to transfer trail users between various points.

This guest post was written by Jon Wergin who quit his job, sold his car, and rode his bike across the country. A year later he is working as an intern at Adventure Cycling and earning his degree in transportation planning. Jon is the newest member of our crew and is contributing a series of blog posts about bicycle tourism topics and the U.S. Bicycle Route System.

My wife and I have bicycle toured all over the world over the last 20 plus years. While riding Adventure Cycling's Trans Am route in 2014, we had the harrowing experience of riding this stretch of road from Lolo to Missoula. After riding 4600 miles across the US, while completing the Trans Am route, we voted this stretch of highway among the top 5 most horrible stretches of road we had to bicycle alongside traffic. Cleaning the debris from the shoulder of that stretch of road isn't going to make the motorists slow down from their 75-80 mph speed along that stretch of road, or widen the shoulder where it gets very narrow , or keep the drivers from playing with their cell phones while driving 80 mph. Any measure that creates space between the road cyclist and the automobile is a good thing. This path will be wonderful safety measure for the local citizens of Montana as well as for the touring cyclist. Bravo to all involved in moving this forward!!!

23000 vehicles a day with a posted speed limit of 65 is NOT light traffic. US 93 is the busiest rural road in western Montana, yes it has more traffic than I-90.

To clarify, the matching contributions from the city and county are $400k each. Sorry for the confusion.

With matching funds - does that mean this 7 miles stretch really cost $9 million? That seems a very steep price.

In 2009, I wrote about this stretch, "not much traffic, the shoulder was adequate but full of debris..." But on my personal list of worst roads I've cycled, that stretch (on a Monday morning, though perhaps after rush hour) is so far down I can't even count it.

Perhaps if the focus hadn't been so focused on getting a bike path, adequate cycling infrastructure could have been available on cleaned shoulders seven years sooner.