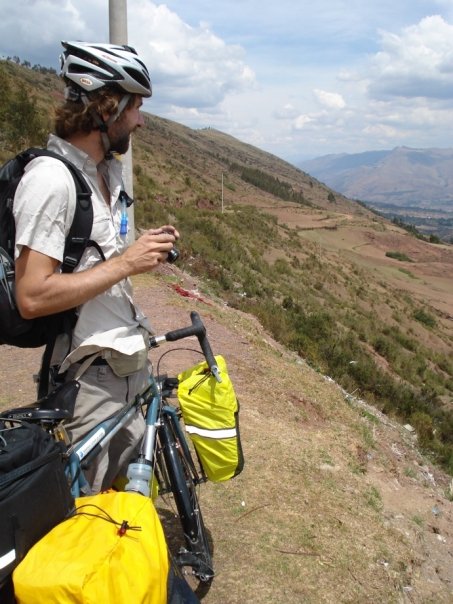 Bicycle touring and photography seem to go hand and hand, and it makes sense. You get to travel to incredible places at a relatively slow pace, there is plenty of time to kill, and after the tour is over you want to be able to share your experiences with others. Just thinking about our own staff here at Adventure Cycling, there have been some incredible photographers within our own walls over the years including Aaron Teasdale, Tom Robertson, John Sieber, and our co-founder, Greg Siple.

I'm by no stretch a great photographer, but I do love shooting photos on bike trips. One thing that I have learned over the years is that it is really easy to start geeking out on camera equipment just as much as you would bike equipment, which is incredibly dangerous. I don't need a fancy DSLR, just like a don't need a custom Co-Motion with a Rohloff hub, but I want them both anyway. Fortunately, common sense gets a hold of me before I dig myself too far into debt and I find a good compromise. For those of you in a similar boat wanting a high quality camera, but not wanting to drop down thousands of dollars, there are some excellent options available.

Four years ago I bought a used Canon G9 for a bike tour and even now I still toss it into my jersey pocket for nearly every ride I go on. The current Canon G12 is capable of taking very high quality photos, in addition to 1280 x 720p HD video. There are a lot of manual control options available so, depending on your skill level, you can really play around with aperture and shutter speed for some unique photos. If the G12 holds up as well as my G9 has been holding up, it's a camera that can make it through a lot of tours making it a pretty good deal for $500.

If you want to be able to swap lenses around, but don't want a heavy or bulky camera, the mirrorless Lumix cameras from Panasonic are looking really attractive. The Panasonic Lumix DMC GX-1 camera body is very low profile like a simple point and shoot, but it accepts a number of zoom lenses to give you a ton of options. Just like the camera body, the Panasonic lenses are also small and light so you would have no problem fitting this camera with two or three extra lenses into a small handlebar bag. You can shoot high resolution photos at 16 mega pixels, and you have the ability to capture 1080 HD video. These run around $800, which includes the 14-42mm kit lens.

Before wrapping up, it should be mentioned that you guys out there appear to be great photographers as well, and the upcoming February issue of Adventure Cyclist will be releasing the results of our annual photo contest. So be on the lookout for it!

How do you charge phone and camera batteries on a self contained camping trip?

I also roll with a G12, but even lighter point-and-shoot cameras can get the job done. It is amazing how much the picture quality from point-and-shoot cameras has improved.Apart from the weight, I think the biggest advantage of cameras like this is that you can draw and shoot while riding your bike (which is tricky to impossible with a DSLR). The key to good photography is to take a ton of pictures (so that a few turn out to be great), and having a small/light camera really enables this.

The Canon PowerShot S100, S95 and S90 are three more great choices for touring cyclists. They do most of what the G12 does and cost considerably less. And for gram-counters, these three weigh half as much as the bulkier G12.