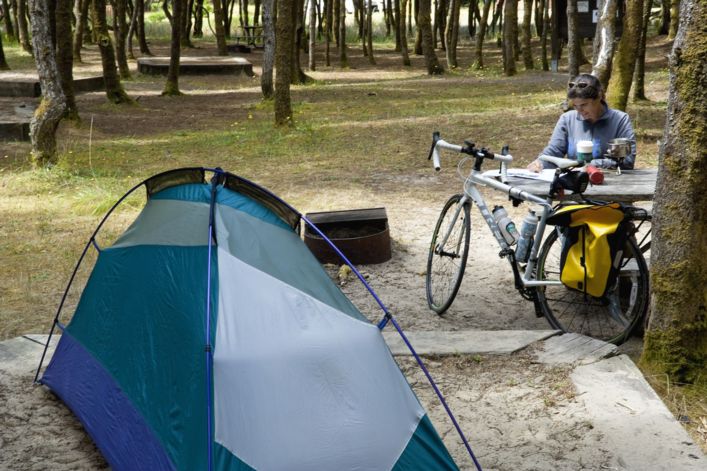 Thanks to Adventure Cycling’s outreach, more state parks are starting to understand the bicycle travel market and how to better accommodate touring cyclists. These top five successes highlight the strides that state parks are making to improve bicycle camping.

If your campground, state park or otherwise, is interested in bicycle camping, download A Guide to Bicycle Camping from our Parks Partnerships & Resources page, which provides bicycle camping how-tos, best practices, case studies, and examples.

See Top Five Successes for Bicycling in National Parks for more on our work with national parks. 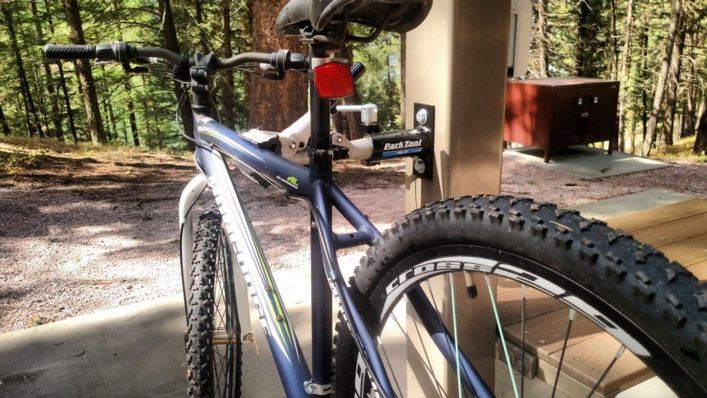 Massachusetts, Michigan, Minnesota, Nevada, Virginia, Washington State, and Wisconsin state park systems have adopted no-turn-away policies for bicycle travelers who show up to full campgrounds and have no other viable accommodations. The policy ensures that individual or small groups of self-supported cyclists are accommodated if their travel plans are affected by flat tires, weather, or other factors that impact their ability to make camping reservations. There are also some state parks that will unofficially accommodate bicycle travelers, but without a policy, it is left to the discretion of the campground manager. Check out A Guide to Bicycle Camping for the no-turn-away policies from these seven states. 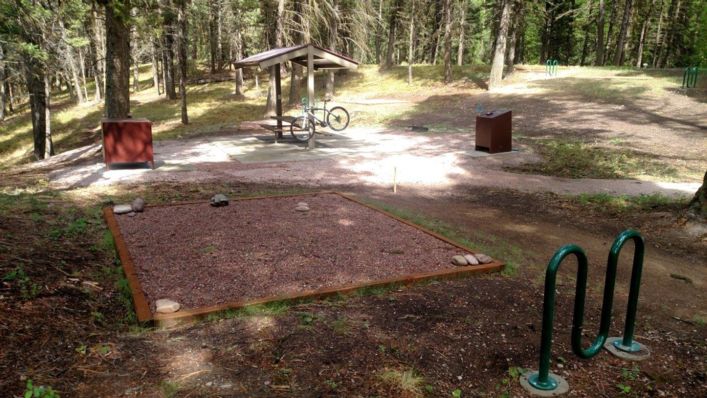 Thanks to funding from a tourism grant, Montana State Parks built two new hiker/biker sites and improved two others in state parks along three routes in the 52,047-mile Adventure Cycling Route Network: Great Divide Mountain Bike Route, Northern Tier, and Great Parks North. The sites are non-reservable, only for those who come by foot or by bike, and cost $6 for residents and $10 for non-residents. Amenities include bicycle racks, lockers, a bike stand for maintenance, a picnic shelter, and electrical outlets for charging devices. 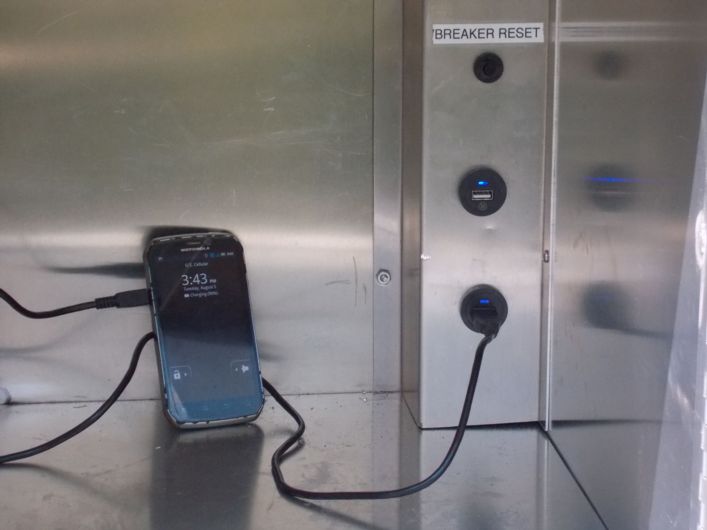 Cyclists traveling to some state parks in Oregon have a new luxury: They can now put food and valuables in secure lockers AND they can use the inside outlets to charge their devices. Where does the electricity come from? Solar panels of course! And any cyclist who has ever had raccoons or other nighttime creatures rummage through their next-morning’s breakfast will appreciate the wildlife-proof food storage.

There’s a reason that Oregon is an example for three of our five success stories — they get it, and more importantly, the state’s decision-makers get it. Bicycle tourism is an integrated part of its tourism marketing, and Oregon State Parks even has their own bicycle specialist to work specifically on bringing bicyclists to state parks. They’ve created 14 Scenic Bikeway touring routes, hiker/biker sites at 28 campgrounds, and participate in a Bicycle Tourism Partnership to work on statewide goals. The partnership is headed by Travel Oregon and includes the Oregon Department of Transportation, the BLM, National Parks, local tourism, businesses, and state/local bike and trails groups.

Minnesota has a similar bicycle tourism partnership called PedalMN, which provides information and resources for bicyclists. 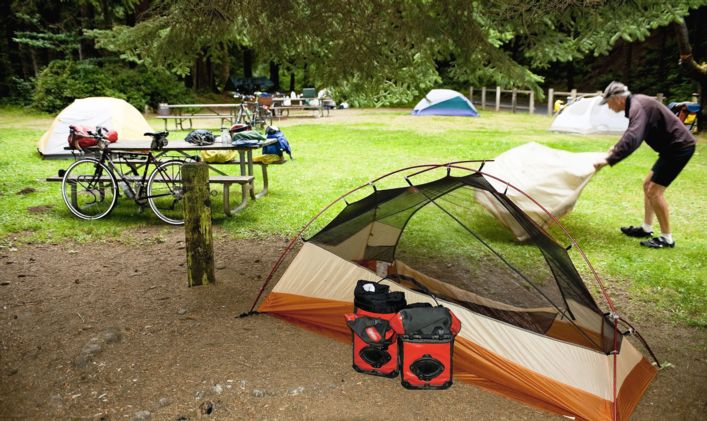 It’s always a good sign when state parks are interested in learning what cyclists actually need and want for their park experience. Massachusetts Department of Conservation and Recreation funded a $500,000 study that will look into how parks can better accommodate bicyclists and improve their safety. The study will help them understand the improvements that are needed for maintenance and facilities.

Oregon Parks and Recreation Department also surveyed users of their hiker/biker campsites, the vast majority of whom are cyclists. Their results have influenced the addition of new and improved hike/biker amenities like lockers, shelters, bike repair stands, electrical outlets, and bike racks. Check out the survey results on the Parks Partnerships & Resources page.

All photos by Oregon Parks and Recreation Department, except for photos 2 and 3 by Montana State Parks.

Don't assume that a no turn away policy for state parks will apply at local government campgrounds. Learned the hard way in MN.

along with those solar powered lockers, some available solar lighting near the picnic table(s) or under shelter would be nice.

I was on an overnight bike camping trip last summer, and rode to Indiana Dunes State Park from Chicago. They were full, but I had read on several websites that Indiana has a "no-turn-away" policy for hikers, bikers and walk-ups. Including a PDF of a state park document from the late 90s indicating such ( http://www.bicycleindiana.org/images/DNRPolicy.pdf ). Turns out they don't. The rangers had no idea what I was talking about. Was about to stealth camp before I found a private campground a few miles down the road. Lesson learned: Unless a state's parks website indicates a no-turn-away policy, assume they don't have one.