The Next Generation Tackles the TransAmerica Trail 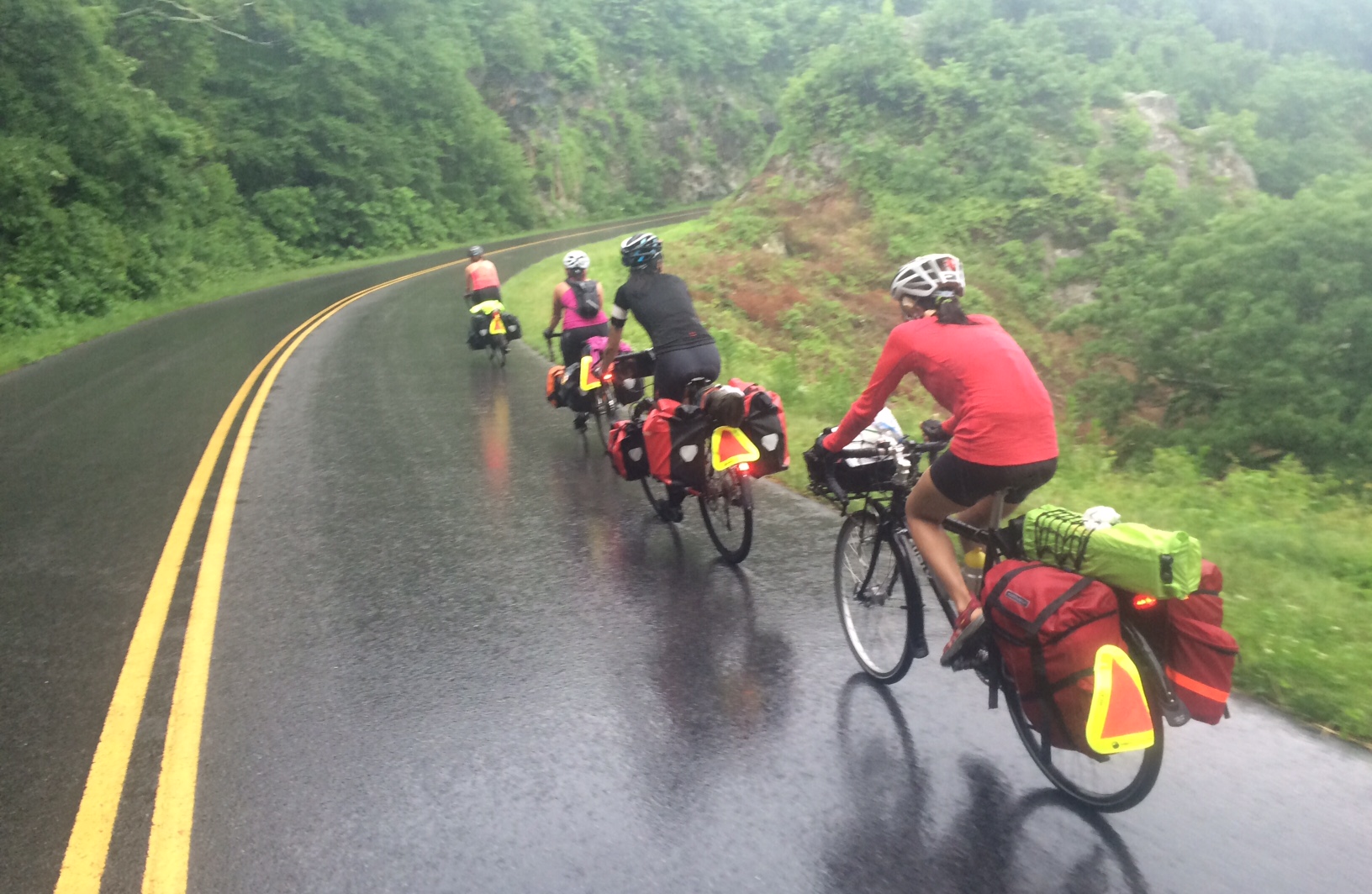 My dad, like many dads, has a wealth of stories. Most of his greatest hits involve a bike and, more often than not, take place in the summer of 1981, somewhere along the TransAmerica Bicycle Trail, known as the “TransAm” for short. I may not have embraced it at first, but his reflections on the simple freedom of bicycle touring lodged themselves somewhere in the back of my head. Thirty-five years after he finished his ride, after I had graduated from college and from another four years hustling my way through a nonprofit job in New York City, I too found myself dreaming about riding across the United States.

At first I wasn’t convinced that participating in an organized group was for me. But I was 26 years old, and most everyone in my life was less than shy with their anxieties about me undertaking the trip alone. One aunt, instead of offering worries, helpfully sent me information about Adventure Cycling’s inaugural self-contained TransAm group for folks under 30. Because Adventure Cycling had generously decided to offer a tour for young adults at cost, the trip proved to be as affordable as, if not more affordable than, it would have been to ride across the country on my own. With that logistical barrier out of the way, I warmed up to the idea of riding with a group. After all, as my dad put it, riding across the country is an experience best shared with others.

Having spent so much of my childhood hearing glowing stories about my dad’s trip through the U.S., I fully expected riding the TransAm to be amazing. It proved to be even better than I’d expected! From the hollers of Appalachia to the expansive fields of the Plains to the awe-inspiring presence of the Tetons, on the TransAm you see, in a way that most people don’t, the heart of the United States. From the suggestions of the myriad other bike tourists we met, the endless tips from my dad, and the surprisingly large collection of family members of our group who had also done the ride, we were awash in great advice on the best natural hot springs in Idaho or the best café for pie in Kansas. Even when we rolled into towns knowing next to nothing about what we would find, we were met with unparalleled generosity. In Kentucky we were served a beautiful dinner prepared by a pastor’s wife who cooks for hundreds of cyclists every year. In Missouri we found ourselves camping in front of the local sheriff’s office and on a small airfield. In eastern Colorado we celebrated the 4th of July at a potluck with the entire population of a town of 65. The list could go on and on.

What I hadn’t expected was how special it would be to ride across the country with a group. Our cohort was made up of 14 incredible young people from all over the country (and a few other countries, too!), bringing with them an amazing range of backgrounds, interests, and personalities. We were comprised of engineers, physical therapists, educators, designers, translators, bike mechanics, organizers, students, and more. While no one had substantial touring experience, some of us had been riding bikes for years and others had spent almost no time in the saddle. Still, whatever differences there were between us quickly paled in comparison to the innumerable things we shared every day. When you ride the same roads, weather the same elements, and eat the same peanut butter sandwiches for nearly three months, you really do become a family. 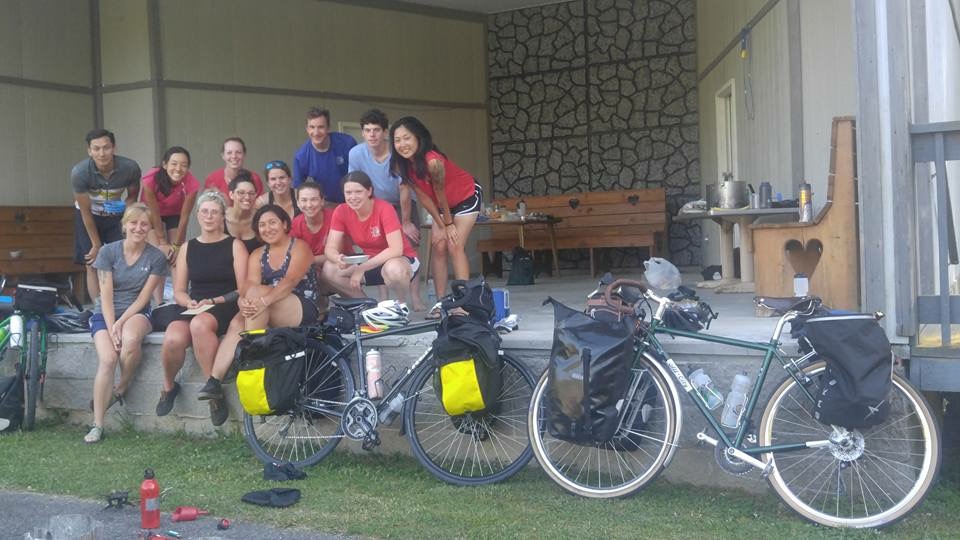 Before we reached the coast, I had already decided that I wanted to lead tours for Adventure Cycling. Facilitating a small group experience while traveling by bike is, for me, about as close to a dream job as it gets. When the possibility was raised of leading another under-30 group across the U.S., I jumped at the chance. 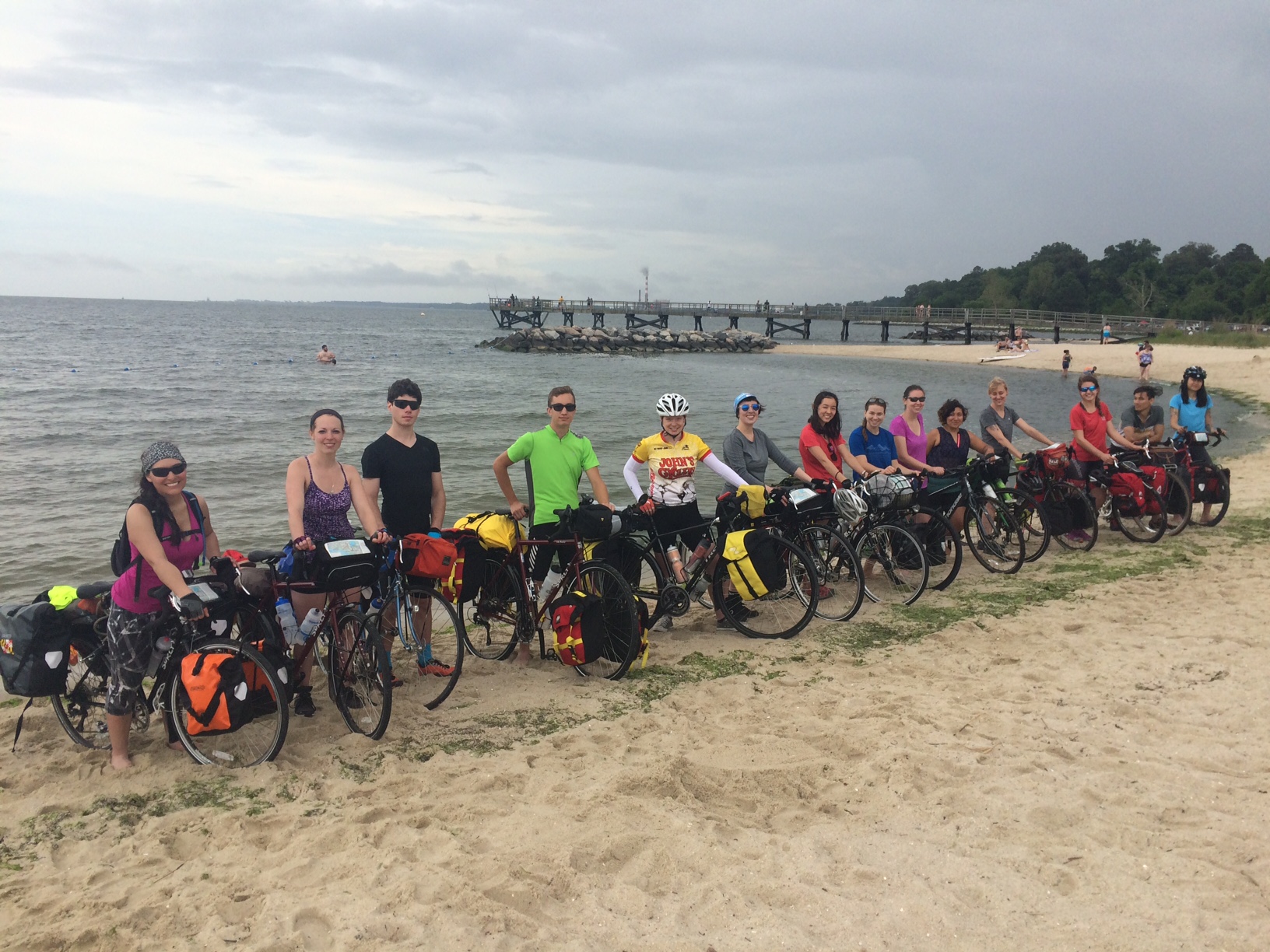 It was something special to ride the same route that my dad had ridden 35 years before. When his suggestions led us to places that seemed somehow exactly as he described them, as well as when places had changed so dramatically as to be almost unrecognizable, it grew clear to me that the TransAm is more than the roads it travels along and the towns it passes through. It is just as much the stories told through the years, the people who welcome hundreds of cyclists, as well as those who grace only one with their curiosity or kindness. It is the memories and blogs and zines and guestbooks and photos and postcards and journals seen and unseen. It is a legacy of 42 years and growing, and it is changing all the time.

I’m elated to be part of another group of young people sharing in the evolving story of the TransAm. After comparing accounts with dozens of cyclists whom we met along the route, it’s clear to me that no cross-country trip is the same. I can’t wait to revisit some of the most spectacular places and welcoming communities, and I’m even more excited to find new ones.

Looking for your own TransAm adventure? Adventure Cycling offers three guided tours on the TransAmerica Trail in 2018 in van-supported and self-contained formats.