Fatbike to the Arctic: How to Prepare

Winter cycling in Alaska began in the 19th century — before the automobile, trains and even roads. In 1898, gold hungry men followed the frozen Yukon River from Dawson and rode to Nome on “wheels.” These hardy souls were known as “wheelmen” and they began a tradition that is alive in Alaska, over 100 years later.

Vast improvements have been made in all things winter cycling over the last 100 years, but none more important than the wheel itself. Four- and even five-inch tires open a world of possibilities for the winter cyclist.

My own winter cycling began in the late 1990s, well before the advent of the modern fatbike. In 1998 I joined a group of fellow Alaskan adventurers trying to repeat the historic 1898 ride from Dawson to Nome. We set out to do the route in reverse — Nome to Dawson. After 300 miles of Norton Sound coast we had to call the ride off. The Yukon River was wet and overflowing and we decided to fly home from Unalakleet village. I was disheartened, but the seed had been planted. 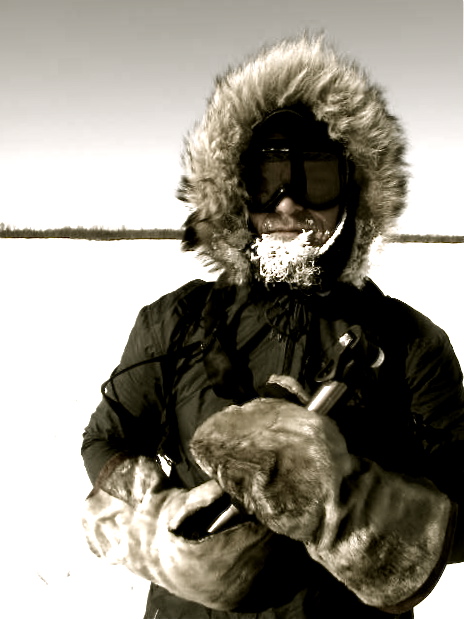 The terms fatbike, snow-bike, and fat-tire-bike floated around Alaska for years. Roger Cowls’ six-tire bike (Bigfoot), Wildfire’s 80mm rims with four-inch Remillino tires, and rumors of affordable commercial options excited a minority demographic that knew something bigger needed to happen. Now that Pandora’s box has been opened, there seems to be no end in sight to the development of the modern fatbike.

In 2007, a friend and I attempted to ride the frozen Kuskokwim River (Americas longest free-flowing river), but again we fell short of our goal due to early spring thaw. In one week the temperature went from -30º to 40º. Our last two days on the river were spent riding in three- to six-inches of water over glare ice.

The next winter cycling expedition was again on the Iditarod Trail. On this trip, my partner Kim and I experienced a snow trail of almost unimaginable perfection. A thin crust prevented drifting, the temperatures never dipped below -20º and the path was fast and firm. After years of falling short, this trip was a consolation to my obsession. 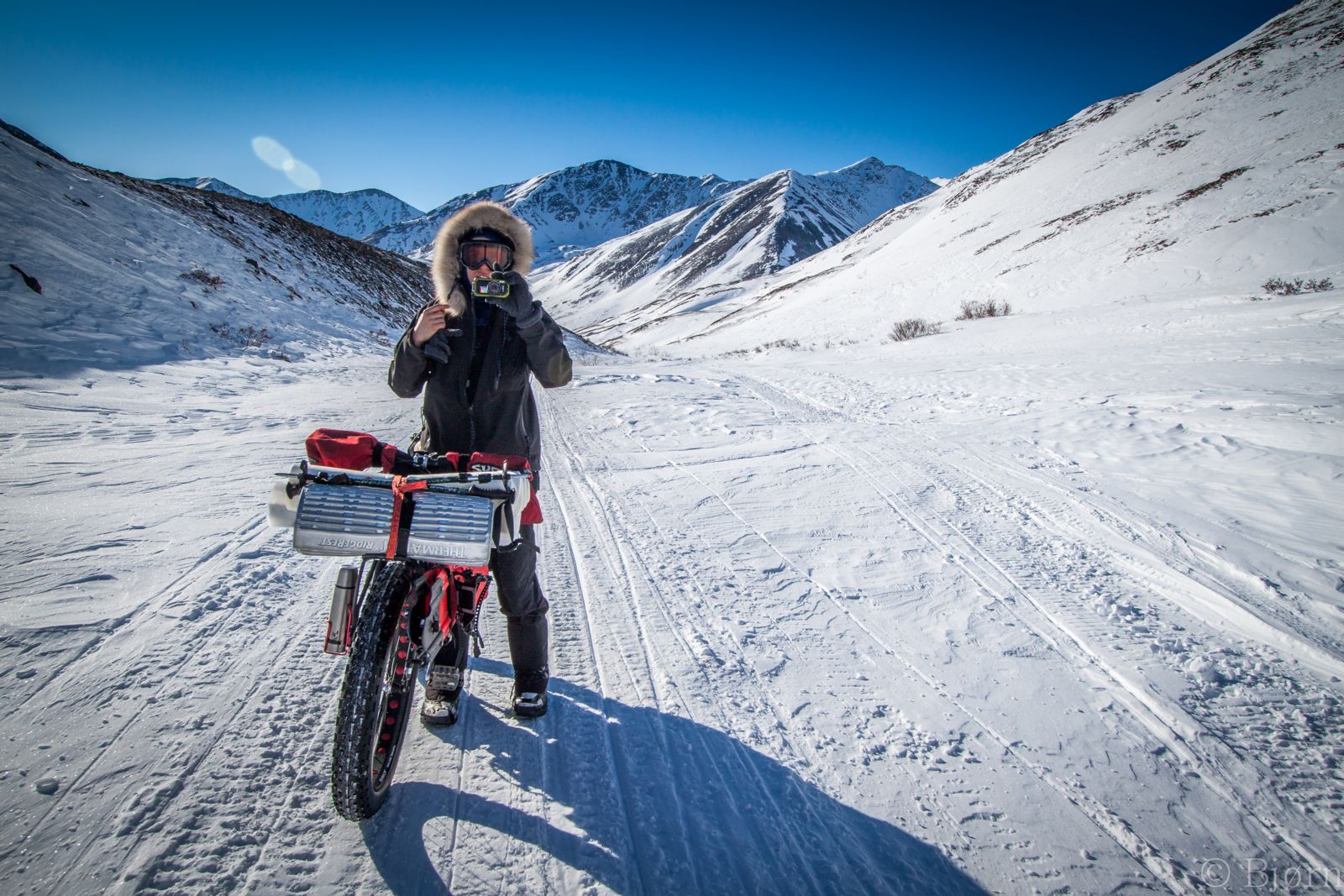 This winter we will attempt our most ambitious winter cycling trip. We have titled it “Fatbike to the Arctic.” We intend to ride the Iditarod Trail as far as Norton Sound and continue north across the Arctic Circle and on to Kotzebue. If all goes well we will continue on to Point Hope, North America’s longest continually inhabited community.

Every winter cycling trip has added another level of understanding to the next. Each time we return we consider what worked and what did not. We hope this trip will stand on the shoulders of our collective experience as well as the vicarious lessons of others.

With that in mind, we are approaching this expedition with a few novel tactics and equipment choices:

Firstly, we have set out with a goal and not an expectation on time frame. ‘As long as it takes’ will be our mantra. Open water, rain, blizzards, or other inclement weather has the power to stop us cold, but if we allow time for improvement we may stand a chance.

Our other tactics are the equipment we will carry. The most noteworthy pieces of new gear we plan to carry are inflatable snowshoes and inflatable sleds, as well as a lightweight wood burning stove that works within our shelter. 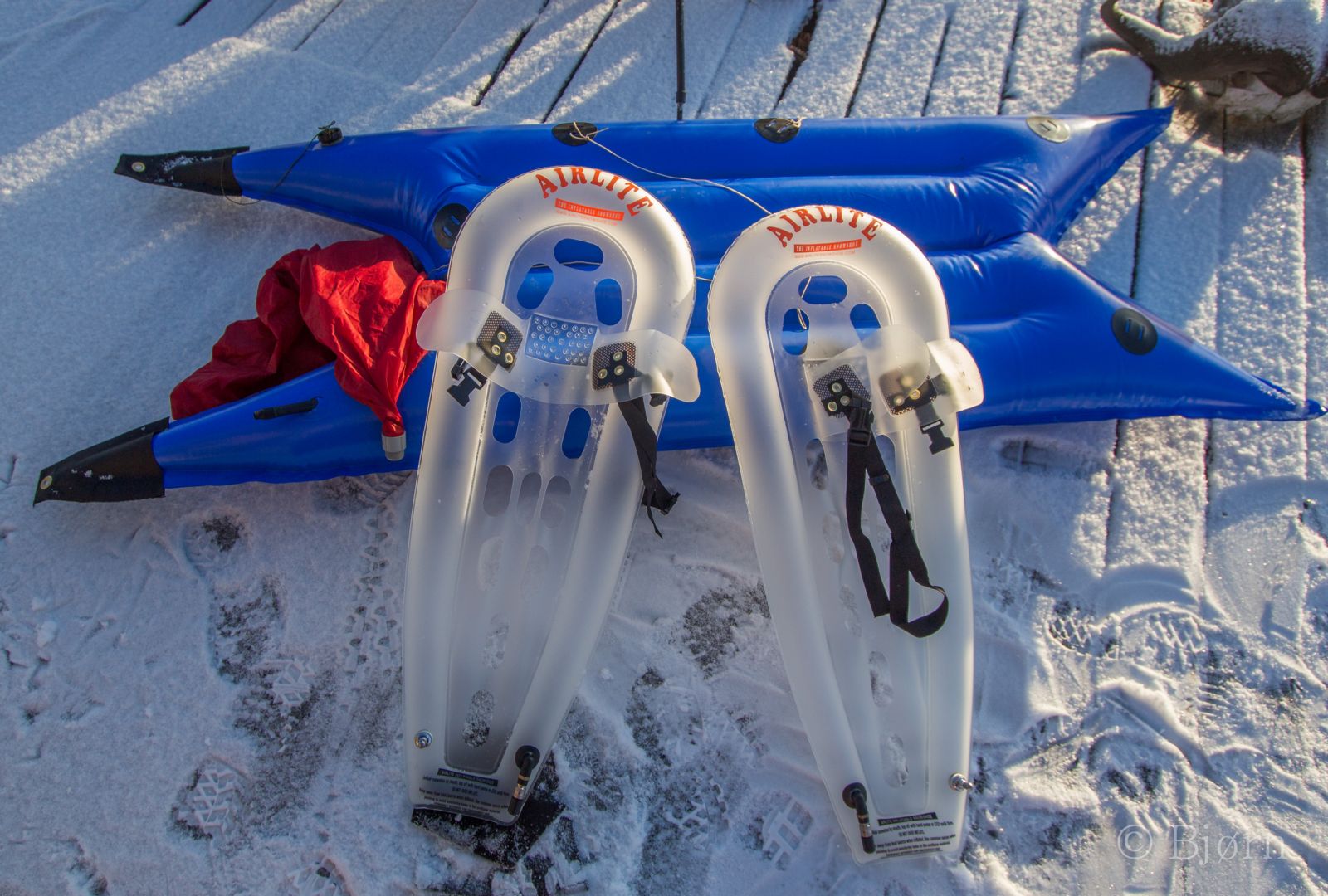 Airlite Snowshoes are made in Anchorage Alaska. They are made of urethane, weigh one pound apiece and when un-inflated are very compact. Alpacka Raft designed an experimental ‘trailer’ to use behind an inflated raft, but it works amazingly well as a sled. When conditions become un-rideable the typical response is to get off the bike and begin pushing. We plan to use the snowshoes and sleds with collapsible ski poles and pull our equipment, not unlike on mountaineering trips.

On any winter expedition, keeping clothing and sleeping bags dry is a challenge when the option to come inside is not available for days or weeks at a time. With the addition of the Titanium Goat wood stove, this problem has been solved. We recently modified our floor-less shelter to work with the stove and stovepipe. This stove will be our primary snow melting and cooking stove as well. 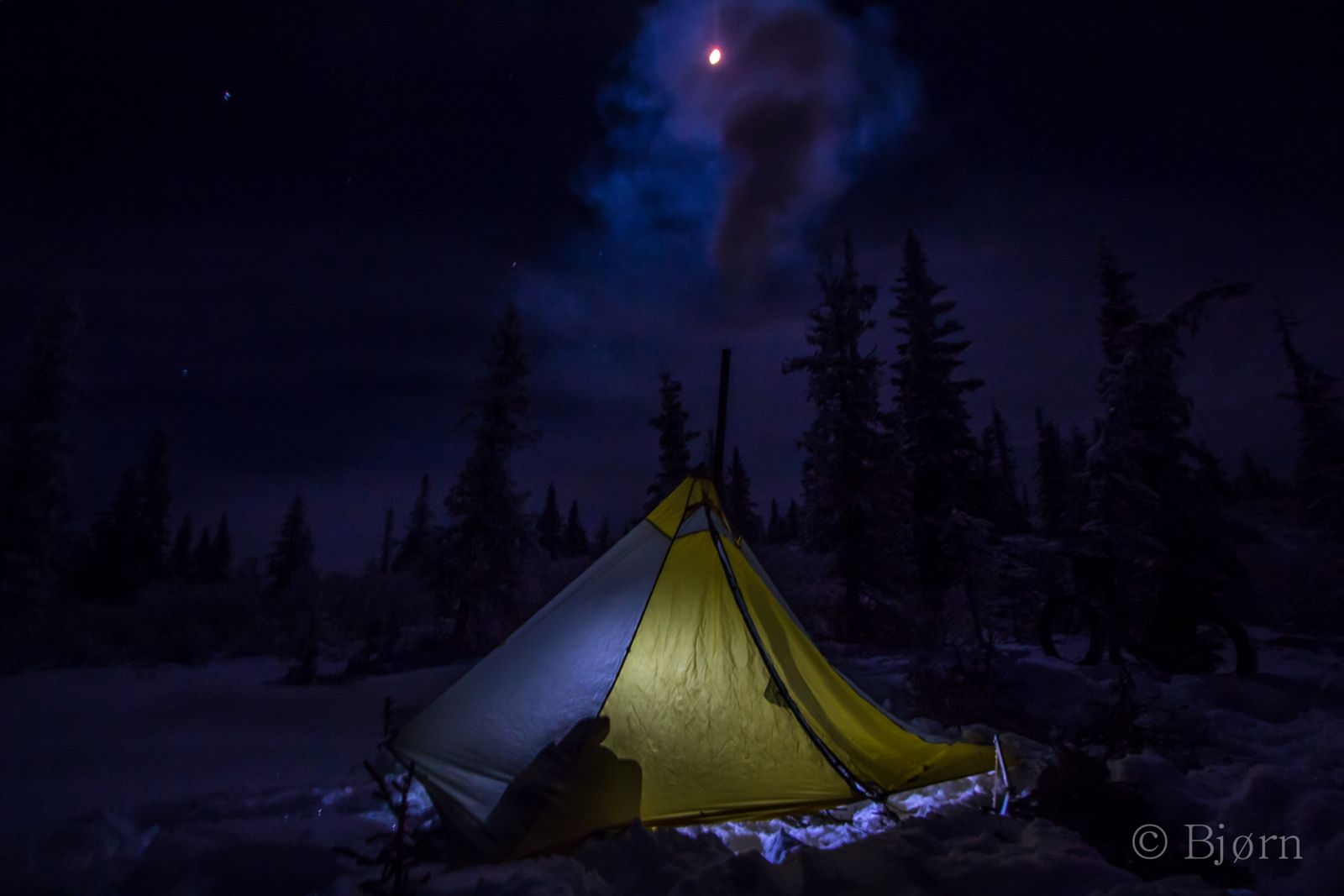 After experiencing more failures than successes on winter cycling trips, I am all too aware of the possibility of being shut down. However, I have had my most amazing experiences on a bike in the wilds of Alaskan winters. Within those moments, all the stress of preparation, worries of failure, and aching muscles dissolve into ethereal bliss. The essence of those moments is what I always hope to re-capture — if only for a second.

BJØRN OLSON is a life-long Alaskan and wilderness adventurer residing in Homer. Beyond the simple pleasure of exploring by bike, Bjørn's goal is to see and photo document as much of Alaska as possible. Due to the enormity of the state, he may need another lifetime. Check out Bjørn's website, vimeo channel, and photography blog.

Guys where can i buy that experimental trailer alpacka?????....any link? googled for an hour / no success ...thanks

The only failure on a winter trip is not to come back alive with all your fingers, toes, etc.

That's fantastic! We used to be even closer neighbors, as I grew up in Slana, which is just west of Tok.

Thank you for the invitation. I'd love to visit sometime.

And, the invitation is extended in kind. Please look us up if you ever make it to Homer. We have much milder winter conditions but great trails and long beaches, which are great for biking.

Hi there, we're neighbours over in the Yukon- thanks for sharing your adventures! We bike all winter- commuting and for fun. We've never thought about longer bike trips though, thanks for the ideas!

I sew fur from our trapline- wolf and wolverine ruffs, fur mitts, and even "helmuffs" fur earmuffs that snap into your helmet. www.minus40fur.ca

Stop by in Haines Junction if you're ever driving down South!

I clicked on the Alpacka raft link in hopes of buying the sled you showed in your photo, but alas, they don't appear to sell it. How can I go about getting one for myself? I am an avid hiker and mountaineer and would love one of these.

Thank you for posting this, and the interesting information. I myself am just getting into winter biking and would like to do overnighters.

Fun info to read. Hope all is going well, have fun, enjoy the ride!

Brandon- not a lame question. We both use fur ruffs on our outer windbreaker jackets. The windbreaker I use is a Patagonia Houdini and the ruff is fox. Kim's ruff is wolf. Traditional Alaska native ruffs are either wolf or wolverine or sometimes a combination of the two. I have been keeping an eye out for years for wolverine ruffs but they are expensive. The reason wolverine is so desirable is that vapor from your breath does not freeze onto the fur. It it truly the superior material for ruffs. Wolf is often desired because it has nice under-fur, which is warm but also long guard hairs which gives your face more protection. We employ natural furs for our winter mittens too. Here is an article I recently wrote about making beaver mitts. http://www.mjolnirofbjorn.com/blog/2014/1/5/beaver-mittens-1

Lame question, but what fur lined jacket is that? Looks ideal for those conditions. Thanks.