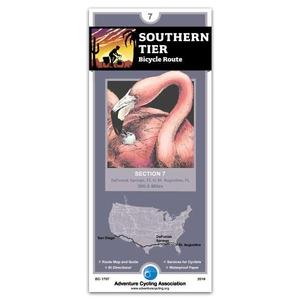 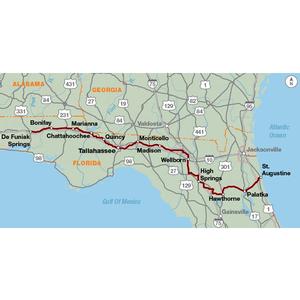 I recently (Dec 2021) rode this section from Tallahassee to St. Augustine. I had wanted to ride the rolling hills around Live Oak for some time. Route 90 is nice with wide shoulders. The small towns have nice main streets and city parks to rest, charge a phone, and grab a sandwich. Highlights were Monticello, Madison, High Springs, Alachua, and St. Augustine. Florida state parks are very nice. I camped at Suwannee, O'Leno, and Anastasia state parks. All are nice, but Anastasia is a gem of a park. I'd recommend taking a rest day here to explore the ancient dunes hiking, beach, and salt marsh. Also, I recommend riding into St. Augustine early in the morning to beat the tourists and explore the old city during the quiet early morning. Just wonderful!