Towns Without Trains: A Future Without Amtrak Service? 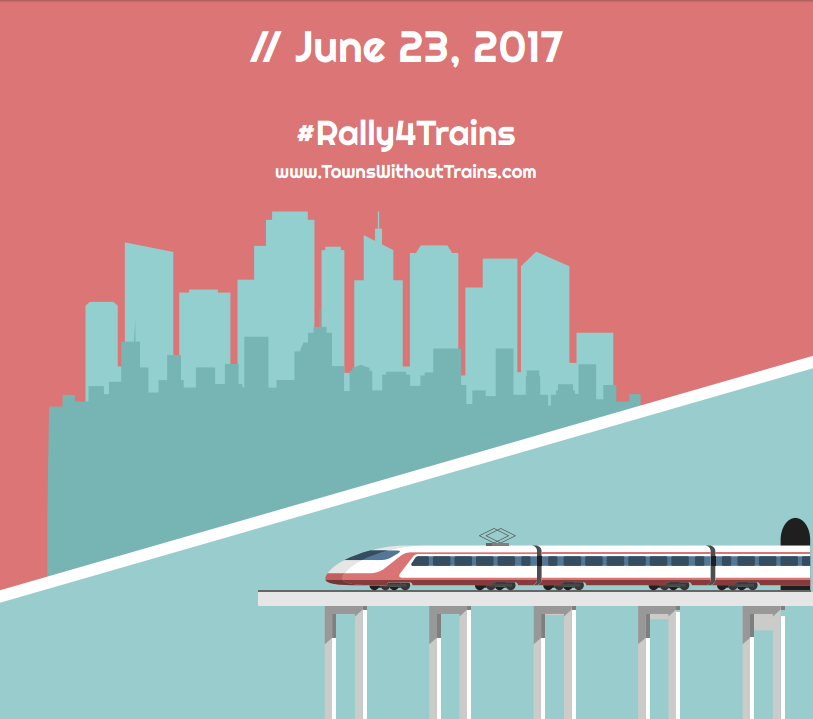 This summer travel season may be the last year with train travel as an option for millions of Americans.

The Trump Administration’s proposed 2018 budget wipes out funding for almost all Amtrak trains except on the east and west coasts. More than 220 cities and towns will lose train service completely, and 140 million people will completely lose an entire transportation mode.

“If Congress enacts this budget, our national passenger rail network will largely cease to exist,” said Jim Mathews, National Association of Railroad Passengers (NARP) President and CEO. “These cuts will have a profound economic impact both nationally, regionally, and locally.”

Although the trains impacted are often called long distance trains, they are also local and regional transportation for the areas they serve. In Montana and North Dakota, for example, the Amtrak line goes across both states and connects nineteen towns and cities. In Florida, twenty-eight communities are bound together by Amtrak trains and offer a real option for family and business travelers.

“This is a budget that treats small towns and rural communities as ‘flyover country,’” said Mathews. “But we know that every American town deserves the tools to succeed, and the small business owner waiting at a station in Mississippi is no less important than a banker boarding an Acela in New York.”

Cuts to Amtrak, transit, and commuter rail programs, and even air service to rural towns, would not only cost construction and manufacturing jobs, but will place a disproportionate amount of pain on rural and working class communities.

“It’s a fight we can win. We need every single American who relies on transit and passenger rail to get off the sideline today and let their elected officials know our country needs a modern, safe, and efficient transportation network for the 21st Century.”

This summer, the National Association of Railroad Passengers is organizing Americans across the country to participate in “A Day Without Trains” in an effort to demonstrate the significant impact trains have on the lives of Americans. On the weekend of June 23, rail passengers are planning to #Rally4Trains at stations across the country to speak up for long-distance train service.

Rallies will be held in more than a dozen cities nationwide. If you are willing to host a #Rally4Trains in your town, please contact the NARP. The NARP has created a website with supporting materials at TownsWithoutTrains.com with more information on the rallies and how to contact Congress to protest the potential loss of rail service.

The text and images in this blog post were compiled from the National Association of Rail Passengers and townswithouttrains.com.

If you want it, you have to pay for it, raise the gasoline tax a penny per gallon per month. Thanks for your time, take care.

I've ridden Amtrak coach twice with my daughters, twice, and we enjoyed the experience. Especially, the vista cruiser car. We loved it.

Now, as I am planning on taking a bicycle trip to the northeast area (Vermont, Maine, etc.) Trump and his administration are considering major funding cuts. This is preposterous.

We need more Amtrak not less. Better alternatives to transportation. We don't need people getting dragged out of airplanes.