Adventure Cycling’s newest route, Chicago to New York City (CNYC), has just about any kind of food you could dream up. These are the 10 we’ve picked, but there are a lot more! Help us out by adding your top picks in the comments section below. 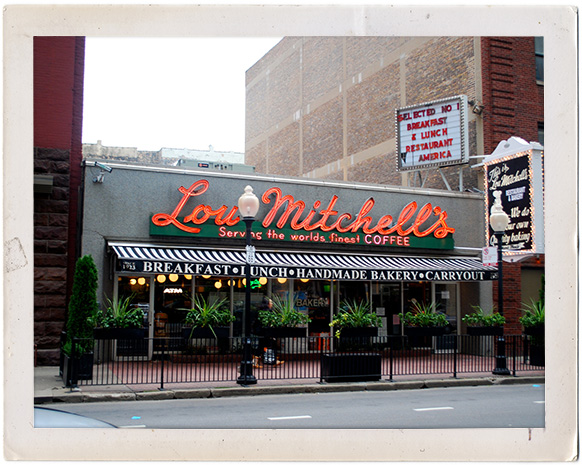 As bicycle travelers, we have a special place in our hearts for diners, especially those that serve breakfast all day. Lou Mitchell’s is extra special in that everyone who walks in the door is given donut holes, and ladies and children are offered Milk Duds. That’s our kind of hospitality! 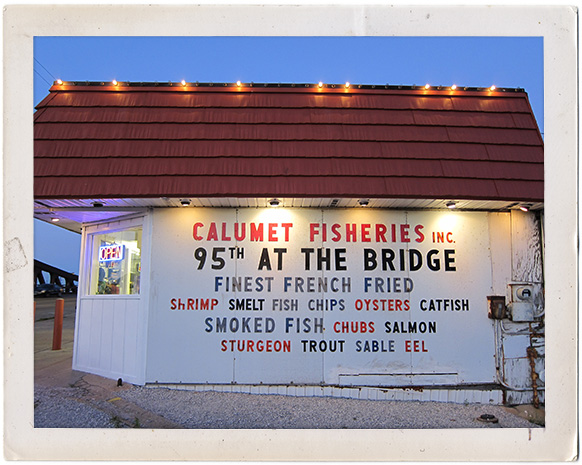 They open in the morning, because nothing says bike travel like fried smelt at 10:00 AM. 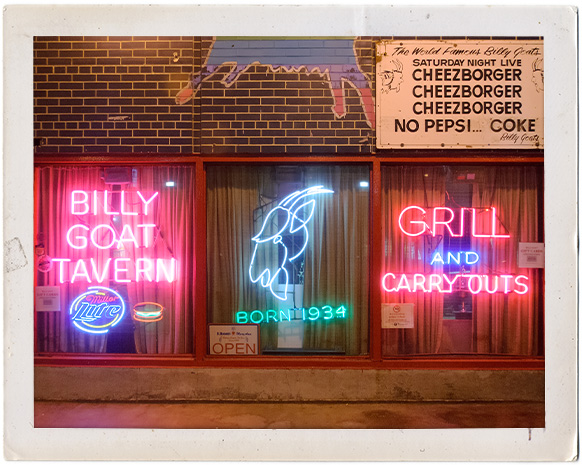 “Cheezborger, cheezborger, cheezborder! No Pepsi, Coke! No fries, cheeps!” Made famous by Saturday Night Live (referred to in the skit as the Olympia Restaurant), the Billy Goat Tavern is everything you want from a dive bar and nothing more. Just don’t expect to custom order your burger! 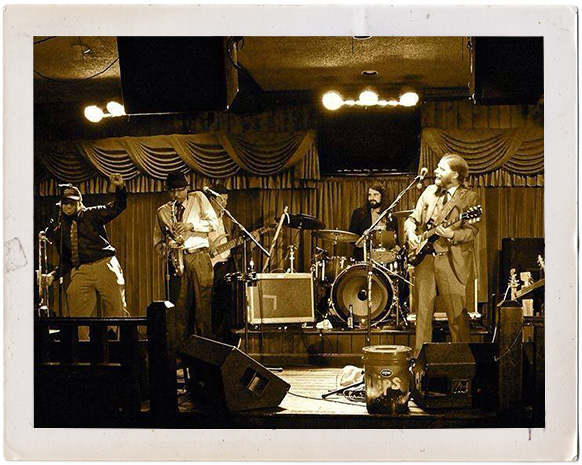 Established in 1850, the Slippery Noodle is Indiana’s oldest bar and premier blues club. It has quite a history, serving as a way station for the Underground Railroad at one time, and as a bordello at another. 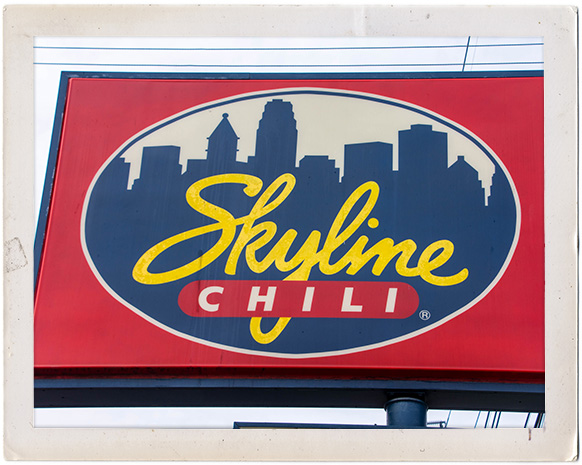 Skyline is pretty much everywhere in Ohio, and for good reason. Spaghetti noodles, chili, cheddar cheese, and oyster crackers — what more does a hungry bike traveler need? 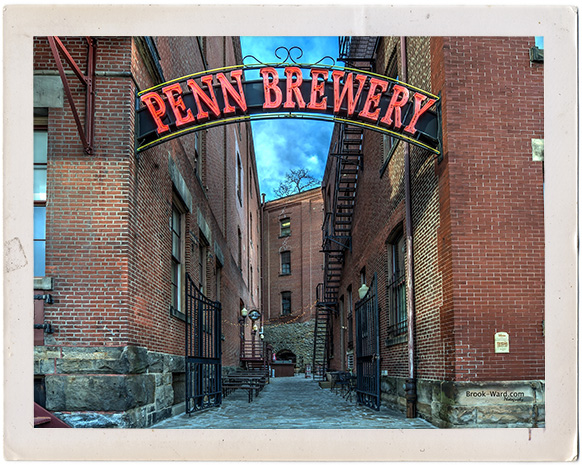 Come for the craft beers served in a cobblestone biergarten, and stay for the wurst, schnitzel, pierogi, and goulash. 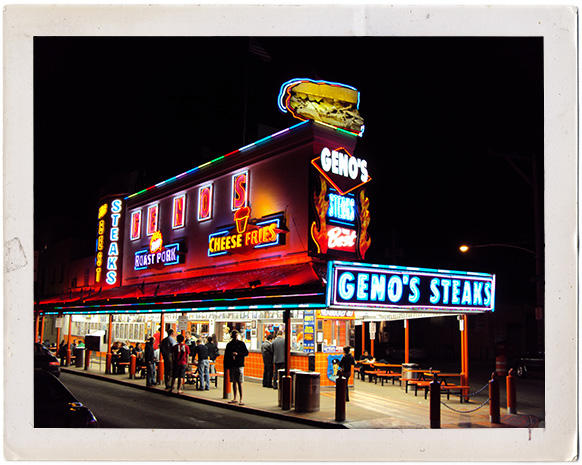 You can’t properly enjoy Philadelphia without indulging in a real cheesesteak (“real” in Philly means with Cheese Whiz, not some fancy cheese like cheddar or American). Even better, take advantage of the high level of cheesesteak competition — Geno’s rival, Pat’s King of Steaks, is right across the street. 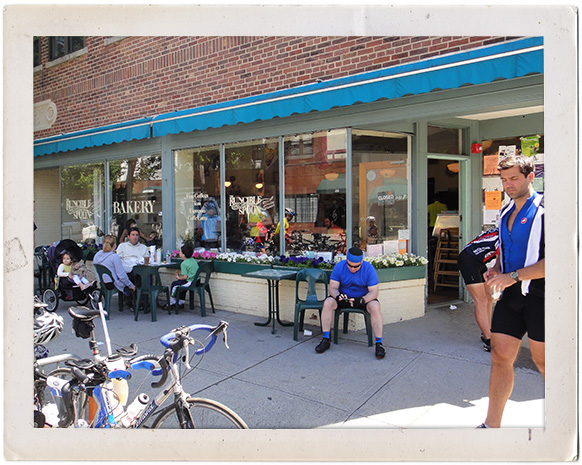 You’ll know the Runcible Spoon by the plethora of bicycles parked outside — it’s a popular stop on one of New York’s most popular cycling routes. Chocolate milk, a muffin, and a slice of cake for the road! 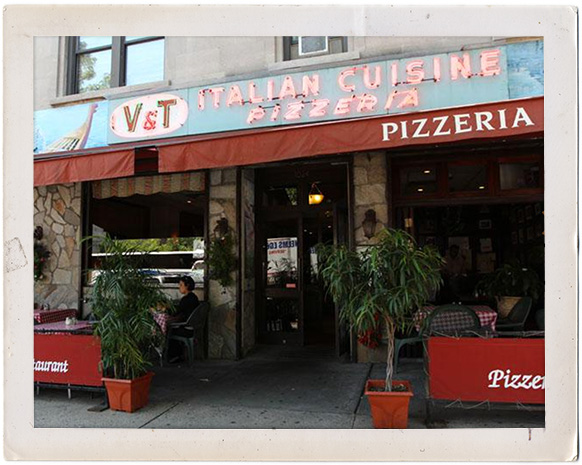 A visit to New York isn’t complete without a stop at a real pizza place. V&T isn’t as well known as Lombardi’s or Grimaldi’s, but it’s not far off the route and it’s got the best sauce and the best crust in town. 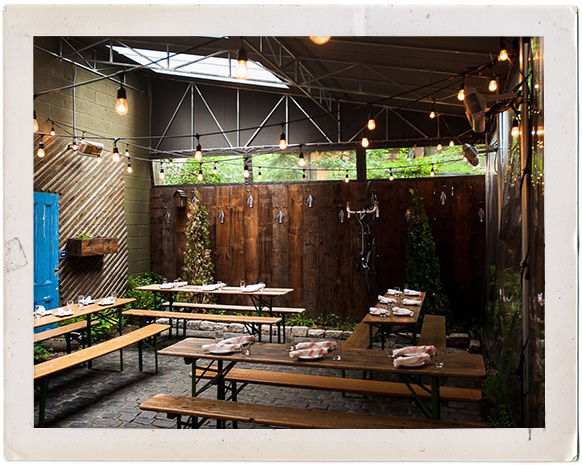 10 The Cannibal in New York

Named after The Cannibal, Eddy Merckx, this joint serves meat, beer, and not much else. You can even hang your bike on the wall inside.

Response to the release of the Chicago to New York City map set has been fantastic; we’ve sold over 694 individual maps. Purchase yours today! Thanks for the support.

Two places to visit when pedaling through Indy. Visit Black Acre Brewery and Indy Cycle Specialists in Irvington. Best bikeshop in the city. You will not be disappointed.

Irvington is on the route and is a little historical village 15 minute bike ride east of downtown Indy.

Thanks for the help, Susan.