Sandia Crest: A Climb Worth Your Time 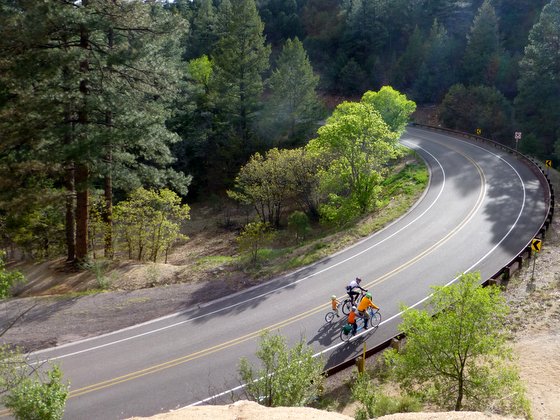 If you pedal Adventure Cycling’s Bicycle Route 66, you might want to consider a little detour with a huge reward. Not far from Albuquerque, along the Turquoise Trail National Scenic Byway to Santa Fe, you’ll see a turnoff to the Sandia Crest, the long, high ridge in the Sandia Mountains. If you have the time and plenty of reserves in your leg muscles for this climb… take it. This well-paved road winds up and up through spectacular scenery for thirteen and a half miles, gaining 3,900 ft. to the crest at 10,648 ft. This climb is a favorite among local cyclists, so you'll probably have company.

I had the pleasure of pedaling up Sandia Crest last week. I was amazed at the lack of traffic (weekday morning) and the abundance of bird life. Many years ago, I used to pride myself in not stopping once I’d begun to climb a pass. Now, I take every opportunity to stop and gaze at birds or wildlife through my binoculars, or to literally smell the flowers. I saw over two dozen species of birds during my assent: ravens, sparrow hawks, black-chinned hummingbirds, black-headed grosbeaks, titmice, a red-winged hawk, and downy woodpeckers, to name a few. 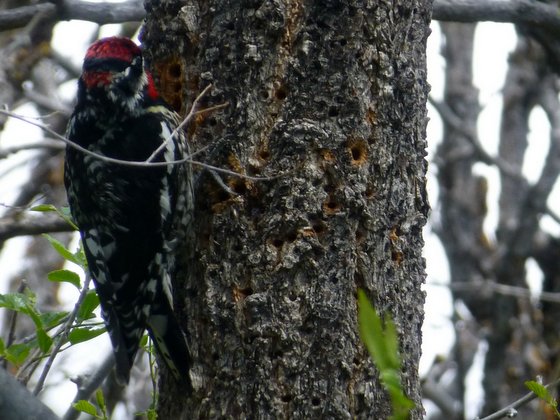 I am not a fan of ear buds and listening to music while riding. Mother Nature has a soundtrack that tops any playlist. You miss so much if you block out the sound around you. With the exception of the red-tail hawk, I heard every other bird before I saw it.

The climb winds and switchbacks through cactus, pine, fir, oak, and aspen. From the top, you can gaze down at Albuquerque and, on a clear day, a hundred miles in every direction. Then, simply point your bike downhill and coast back down to rejoin Bicycle Route 66. 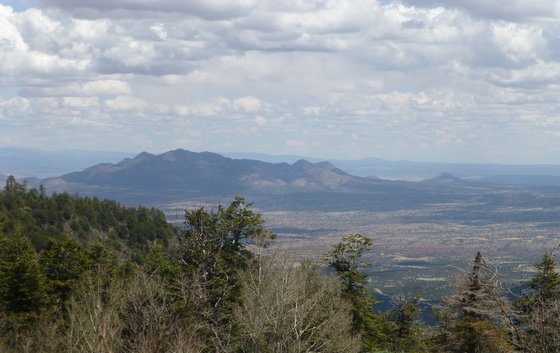