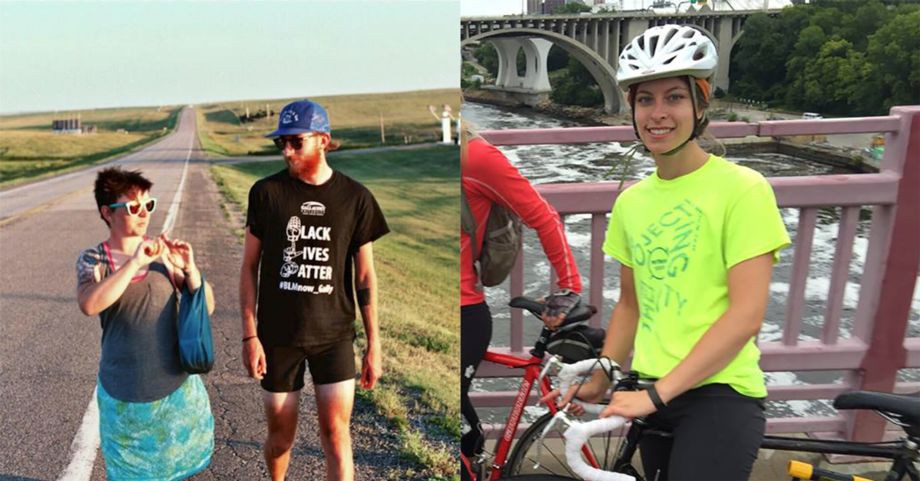 “One of my strongest beliefs is that first-hand experience is the best way to see if you like something new.” –Sara Chars

Sara has a degree in journalism, is an art director at a media company, and volunteers at various cycling and arts organizations in her spare time. Sara’s outreach idea is to hold a DIY pannier making workshop one week before Minneapolis’s annual Cranksgiving, a food drive on wheels, to prepare participants for the event and to give them the tools to travel by bicycle in the future. Sara explained in her application that panniers were life changing for her. Here’s more about her project proposal:

“In addition to co-organizing next years’ event, which typically takes place the weekend before Thanksgiving, I plan to hold a pre-ride workshop the weekend prior at a local bike shop. When it comes to bikepacking, I think one of the biggest barriers is the high cost of panniers. This workshop will focus on two parts: installing used rear racks with the hands-on assistance of volunteers (the shop collects these off of used bikes and re-sells them at $5 each) and a demo on how to make your own low-budget panniers out of kitty litter buckets. One lucky attendee will win the set of demo DIY panniers.”

On volunteering with various Minneapolis organizations:

“Over the years of living in Minneapolis, I have lent my time to various organizations as a volunteer. From my time serving as a friend in the buddy program to international exchange students in college to volunteering for organizations such as the Minneapolis Bicycle Coalition, The Soap Factory, The Walker Arts, and The English Learning Center, I am proud of my diverse involvement in my local community. These are unpaid commitments of my personal time, yet I choose these opportunities because they are so rewarding. Volunteering allows me to connect with people of different backgrounds, providing me with various perspectives and a less biased view of the world. It is very humbling to know that I am helping impact the lives of others in a positive way and making a difference in my community.”

On selling her car and commuting by bike:

“Before college, I sold my car and decided to use my mother’s hand-me-down steel frame Sanwa road bike to commute. I enjoyed the mapping process, learning short cuts, one-way streets, and taking the optional scenic route. Biking allowed me to learn the city by experiencing all parts of it — the parks, the diversity in neighborhoods, downtown, and the vast bike trails.”

We look forward to hearing about Sara’s experience at Adventure Cycling’s Intro to Road Touring course and watching Sara’s progress on her outreach project. Sara will receive a Sand County touring bicycle from Advocate Cycles along with camping gear from Big Agnes, panniers from Arkel, bike gear from Portland Design Works, HubBub Online and The Outspoken Cyclist, and bike transportation from Bike Flights to and from her Intro to Road Touring course in Eugene, Oregon, July 23–28.

“In general, there is a lack of deaf leadership, but certainly in the world of outdoor bike travel, too. In a large part, this is caused by lack of opportunities available to deaf people in the first place.” –Kaj Kraus

Kaj cycled down the Pacific Coast from Seattle to Los Angeles by himself in 2015 and bicycled approximately 5,000 miles in three months, including cycling across the country this past summer. Kaj has a BA degree in Individualized Study from NYU and is currently finishing an MA in Deaf Studies with a concentration in Cultural Studies at Gallaudet University. Next year, he will begin a PhD in Linguistics, also at Gallaudet University, focusing on sign language linguistics. He also works as a bike messenger, delivering flowers for UrbanStems in Washington D.C.

Kaj’s outreach project includes planning an ASL-accessible bike tour on the C&O Canal and the Great Allegheny Passage from Washington D.C. to Pittsburgh and an ASL-accessible bike maintenance and travel information class for members of the deaf cycling community in the Washington D.C. area, which has one of the highest concentrations of deaf people in the world. Here’s more from Kaj:

“I believe both activities are necessary and would be widely well received by the D.C. deaf community, which unfortunately, often expects not to be afforded access to, or only offered limited access to, public events through qualified interpreters. Both activities would be led by deaf people in ASL for other deaf people, rather than in spoken English with an ASL interpreter who can only provide mediated access to what is being said. More than just outreach activities, these proposed activities would be opportunities for the deaf biking community to organize to address their own needs. It is my hope, and expectation, that both the initial tour and class would be popular enough to continue into the future as different deaf-led maintenance classes and bike tours… Deaf Tour Divide 2018, anyone?”

On making bicycle travel more accessible to the deaf community:

“While I was biking in Washington state, I met a deaf guy in the supermarket. We started signing and hit it off. He found out that I was planning to bike back to New York and his face lit up with excitement. He told me he was jealous and wished he could join. He dreamed of doing a tour like that in the future, but it was hard to find other deaf people to do such a big trip with. His comments got me thinking about how it might be possible for deaf people across the country to organize themselves to embark on bike tours together. Therefore, with the leadership qualification from attending an Adventure Cycling Leadership course, I see myself as someone who can break barriers in the area of bike travel to encourage more deaf people to do the same.”

On getting a job as a bike messenger:

“I knew I wanted to work as a bike messenger, but because I can’t hear radio communications, I needed to find a company that uses apps for interacting with their messengers. I landed an interview with one such company, UrbanStems. Expecting the worst, I informed my potential employer that I am deaf, and as such, the interview would have to be typed. He responded, ‘We’ve never had a deaf courier, but if you can bike across the country, I don’t doubt you can do this job.’”

Kaj will attend the Adventure Cycling Leadership Training Course in Toronto, September 14—17 and will have the opportunity to take an additional Adventure Cycling self-contained tour of his choice. He has also received a $100 Cyclosource gift certificate to help refresh his gear.

Thanks to all the 2017 applicants. It was extremely difficult to select just two people from more than 150 applicants. 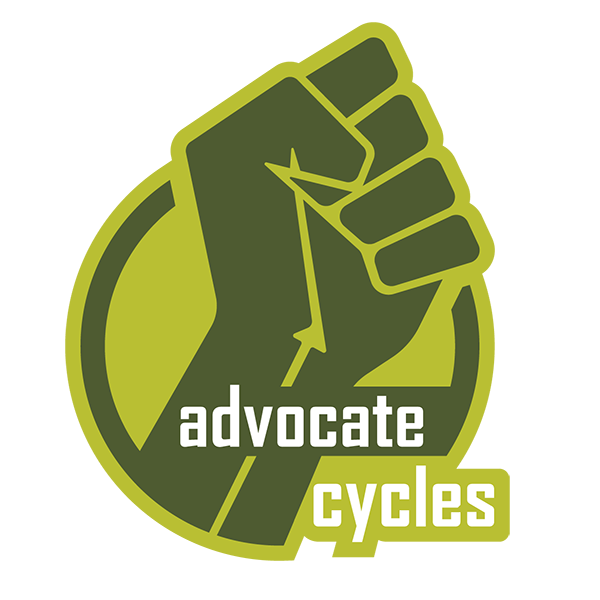