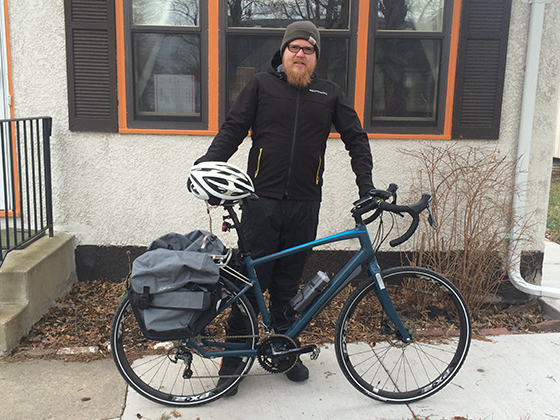 We have a winner! Meet Metal Mike, winner of the versatile Giant Revolt 1 adventure bicycle. Read his story and find out how you can win one of ten Salsa Marrakesh touring bikes in 2016.

I can’t put it into words how happy I am. I’ve wanted a touring bike for a few years. I traded one for a tattoo last year, but it was way too heavy. This bike is so light and perfect.

I’d like to explain how and why I got into touring:

Years ago on a road trip in a car, I passed through a host community for RAGBRAI, Iowa’s annual seven-day bicycle ride across the state, “The Register’s Annual Great Bicycle Ride Across Iowa.” With no idea what was going on, I asked some local townies and they explained with a lot of excitement about the bicycle tour. I had never thought about the concept of bicycle touring before that. 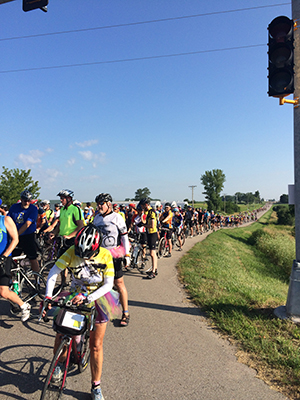 Months went by and, still intrigued, I took the leap: My first tour would be from Los Angeles to Phoenix in the spring of 2014. Two other friends were supposed to join me, but they both backed out (even though it was their idea for this ride).

Undeterred, I flew into LAX, assembled my road bike that had been “Frankensteined” into a touring bike, and with Garmin in hand and two wheels underneath me, I set out. It was awesome and it gave this near 40 year old a new lease on life. I only made it half way, because my derailleur broke and I’ve never felt more helpless, but I started walking to the next town.

That’s when I discovered the kindness of the people in our nation while touring. A Chevy Yukon, driven by a big burly motorbiker and his wife, picked me up. Having parents who’ve been riding Harleys since before I was born, I wasn’t out of place. And the wife told me she pedals centuries all the time. It was once again a blessing. 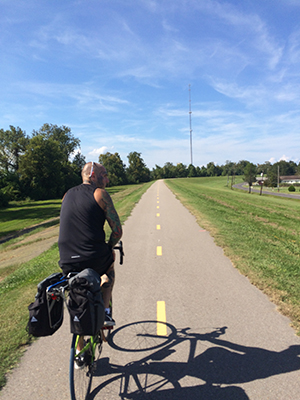 That trip was just the start. Touring has turned into this great amazing thing in my life. After discovering Adventure Cyclist magazine and The Adventure Cycling Association at my local bike shop Behind Bars I’ve done many tours. RAGBRAI twice, DC to Pittsburgh, Chicago to Louisville, New Orleans to Baton Rouge, a second attempt from LA to Phoenix, and many more. Touring has helped me keep my weight down, beat pre-diabetes, and made me more healthy.

I owe you a “thank you” for the bike, but I owe you even more. With my battle against health problems related to not being a fan of exercising. You’ve helped me so much through the magazine to be inspired every issue. I’ve always loved biking, but having to train for all these tours has really helped with those issues. Thank you again for a great magazine and an awesome bike. 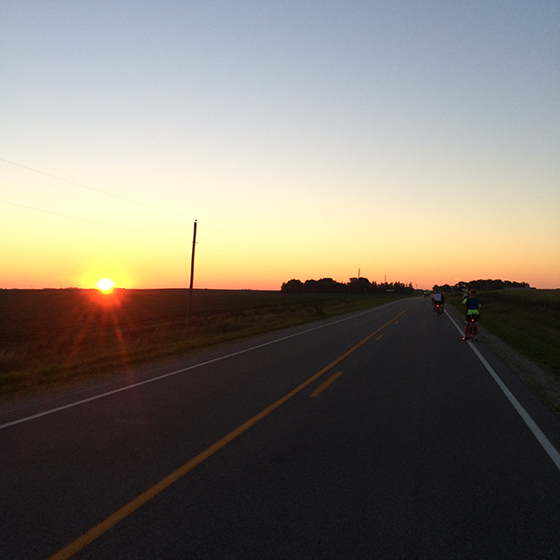 Click this link to find out how you can win one of ten Salsa Marrakesh touring bikes in 2016.