From West Wales to the Heart of England 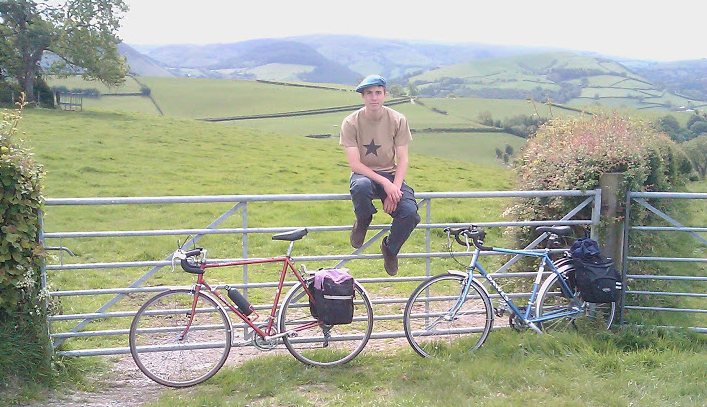 “May the road rise to meet you.” –Irish blessing

These were the last words my Irish friend uttered to me before I set off to conquer the Welsh mountains by bike. Little did I know how much I would wish they came true!

I had decided that the only fitting way to finish a university career in the beautiful town of Aberystwyth was to escape by bike. Leaving Aberystwyth by car was jarring, or worse by train. To watch the mudflats of the Dyfi Estuary sail past the window and be lulled to snooze in the Welsh valleys, only to awaken to the crowds and confusion at Birmingham New Street station, with a heaving metropolis awaiting you outside.

Cycling offered an opportunity to explore the surrounding country. I wanted to see what was out of reach, to understand what stood between my adopted home and my place of birth, to get a real sense of the distance and all the permutations of the landscape that lay in between, to see the rivers and hills of Wales gradually blending into the urban sprawl of the west midlands.

All this had been somewhat forgotten as a student, when Aberystwyth became a bubble, somehow suspended far above the known world, in a place where my thoughts and ideas could carry me away.

Cycling would also give me a sense of finality, the kind that came only from journeys undertaken under your own steam. This helped, as leaving Aberystwyth was never easy, and it gave me a good excuse to make the journey less abrupt. I hoped I would arrive at home not disappointed at times gone by, but weary from my exertions and self-satisfied at my accomplishments.

The journey began one fateful morning on the seafront just in front of my third-year dormitories. Slap bang in the middle of Cardigan Bay, where many a sunset had been watched and beach bonfire enjoyed.

Carrying only a tear in my eye and a banana in my pocket, gifted by a close friend to sustain me, we set off from the promenade. One final climb up the mammoth Penglais Hill, which was once my commute to university, and then over the precipice for a death-defying descent towards Borth.

We hurried on through this one-street-town, deserted and slightly dilapidated, and onwards through the blustery golf course to Ynyslas, meaning “blue island.” Here dunes carpeted in wildflowers welcomed the coast, offering windswept vistas of the Irish Sea — a perfect spot for a cup of tea. 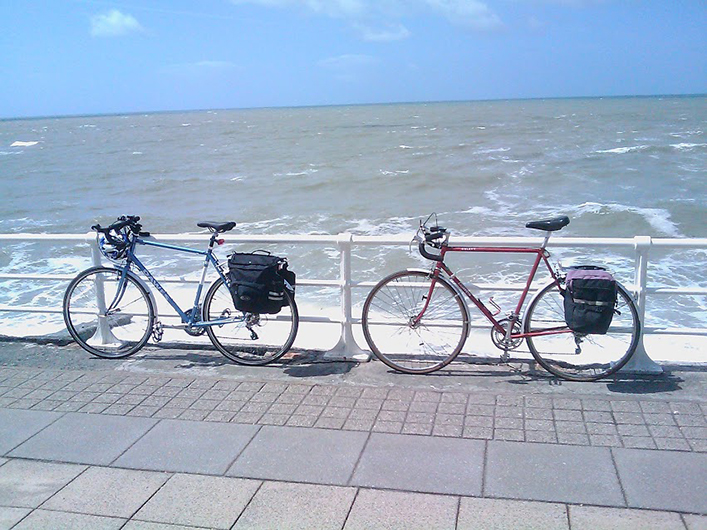 From the beach at Ynyslas it was onwards to Machynlleth, the ancient capital of Wales. This was the doorway to the mountains, and we took a winding lane to the mountain pass that stretched ever onwards and upwards!

Stopping briefly on the side of the lane, a chipper voice called out over the birdsong, “Are we strong and well?” Another cyclist was trundling past, on the ascent, rounding the corner as we hopped back on our bikes in pursuit.

Catching him up, he regaled us with tales of his time traveling by bike through Ireland, and then joined us on a glorious descent down through the mountains, before speeding off to find another hay barn to make his home for the night!

We then arrived in Staylittle, an aptly named village situated halfway between Aberystwyth and Newtown. This was a place cut off from the modern world. Surrounded by an expansive and green landscape, it was a place that had only recently acquired broadband Internet! Here we were welcomed warmly with the offer of cake and a warm bed by two London escapees who had built a life in this remote corner of the world.

The next morning we rode east, towards a hostel we had booked in Shropshire, miles and miles away over the mountains. The first stop was Llanidloes, a characterful Welsh market town, where we joined Sustrans Route 81 towards Newtown.

Here a giant Tesco supermarket offered us the opportunity to sate our growing hunger with copious amounts of flapjack. Constant physical activity had catapulted my metabolic rate sky high, and resulted in a constant gnawing hunger. But there was no time for much of a pit stop, and from Newtown the next milestone was the English border. By this point, we were daydreaming of flat land. The constant undulations of the Welsh country had left us exhausted, but the landscape had surprises yet, and soon we were cycling along the Kerry Ridgeway. This dramatic path overlooked Wales on one side and England on the other, a patchwork emerald landscape stretching either side as far as the eye can see.

This finished abruptly with another sharp descent into the town of Bishops Castle, where I screeched to a halt and asked the nearest man, are we in England or Wales?

This was certainly the high point of the day, and as afternoon stretched into early evening, exhaustion started to set in. The climbs of the morning had left us with little energy for navigating ... but where were we exactly?

Nevertheless, we pressed on, and it wasn’t until I protested, collapsing on the roadside and demanding a refreshment break, that we consulted the map and realized that indeed we were heading in the wrong direction! After a moment to consult the map, we realized that the signposts were indeed correct! Soon we were back cycling through the rolling hills of Shropshire. Only to eventually arrive ready for some much needed rest.

A foreboding forecast hung over the next day, and the rain started as we approached Wolverhampton and didn’t stop until the leafy borders of Sutton Coldfield, the first taste of familiar territory. Home was on the horizon with hot baths and warm toast where I could rest my aching legs. Soon enough, we were speeding through the flat country lanes of my youth, to arrive elated and exhausted.

Kieran Smith is a keen cyclist and thinks cycling provides the perfect pace for exploring new places. He writes about technology and travel at SIM Tourist. 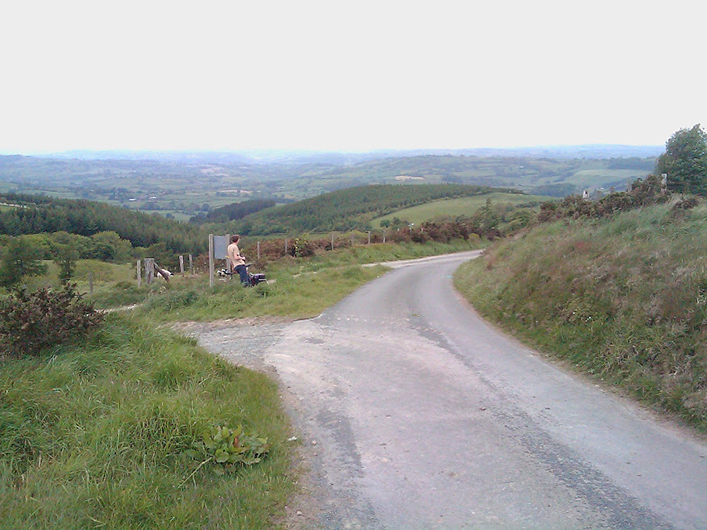