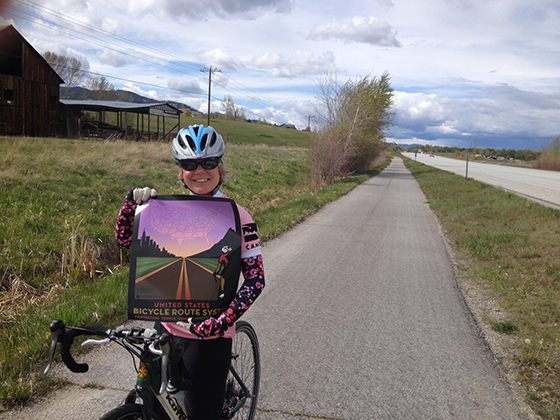 The world of bike travel is a grand and glorious place. I know this because I work on bicycle travel initiatives every day, through the coordination of the U.S. Bicycle Route System, our collaboration with Amtrak, and our efforts with national parks and state parks. I love that my job centers around projects that help make bicycle travel easier and more accessible for all. But what really does it for me is having the opportunity to meet people from all over the world who cycle through Missoula and visit our offices.

I’ve done a bit of bike travel myself, but it’s been limited to trips pretty close to home. I’ve also experienced some amazing places and people devoted to bike and trail projects from my travels across the country. With every meeting and conference, I have the opportunity to see and experience progress, possibly right in your backyard. 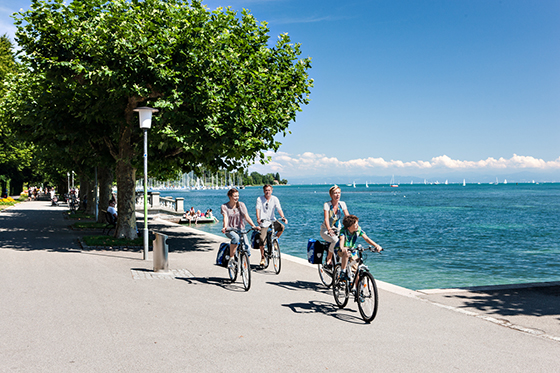 This June, my experience is going beyond the border of our shared backyards. I’ll be bike touring through Italy, Switzerland, Germany, Luxembourg, and the Netherlands to see, meet, and experience some of the most integrated and supported bike travel systems in the world. Yeah. My life sucks. I know. 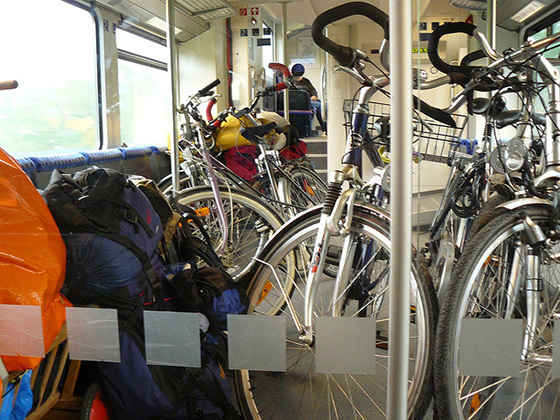 The plan for this trip is to witness firsthand how countries and cities, and transportation and tourism officials integrate and coordinate to make a seamless system for cyclists. Focused specifically on bicycle tourism routes, I am traveling on local and regional routes and then also experiencing specific EuroVelo Routes which link local infrastructure into a continental system. The development of the EuroVelo system is very similar to the work I do at Adventure Cycling towards the creation of an officially recognized U.S. Bicycle Route System. Just like Adventure Cycling, the European Cyclists Federation works across numerous borders and jurisdictions to create EuroVelo. 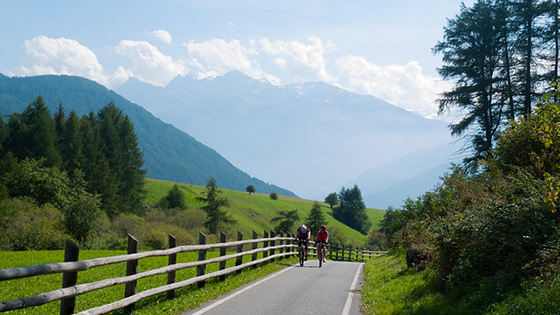 My trip starts in Venice where I will negotiate northern Italy for a time before climbing into the Italian Alps (yikes!). Part of the ride will be on the Via Claudia Augusta bike trail. I’ll ride with my new-found friend Volker Schmidt of Federazione Italiana Amici della Bicicletta (FIAB). FIAB is the leading organization dedicated to bicycling in Italy. It is also a coordination center for the EuroVelo network, helping create an integrated bicycle tourism system through the European Union and beyond. 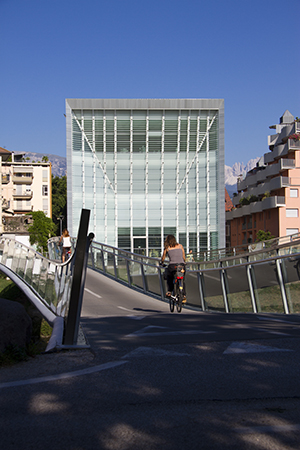 The Claudia Augusta is an ancient Roman road which will take me to Bolzano. This amazing city nestled in the Trentino-Altino region is ranked as one of the best cities for quality of life. Visitors are encouraged to tour the city by bike and I plan to meet with tourism officials to learn about how they support bicycle tourism in this mountain town. Who knows, maybe it’s something I can bring back to Missoula’s tourism center and bicycle and pedestrian office. 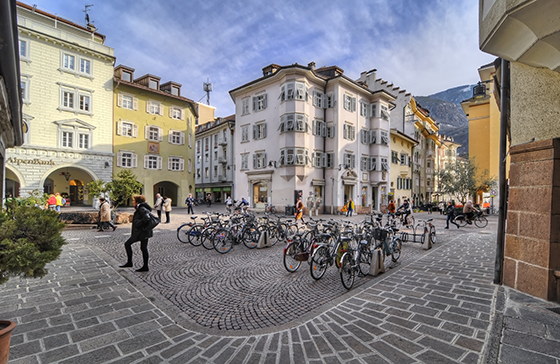 Bolzano is part of EuroVelo 7, also known as the Sun Route, which travels from Italy’s North Cape all the way to Malta (7,409 km). Unfortunately, I won’t have the opportunity to ride this EuroVelo route and experience Prague and Copenhagen (to name a couple of amazing stops). Maybe next time. 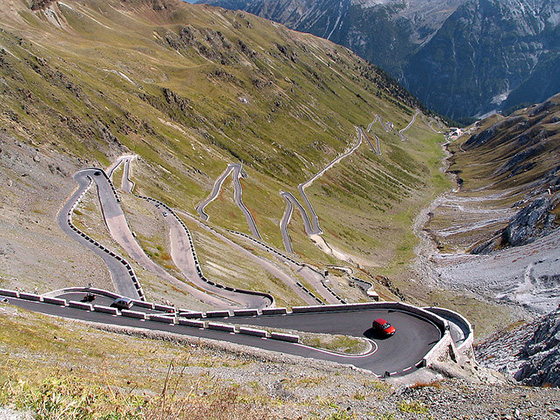 Then it’s on to Stelvio Pass, the highest mountain pass in the Eastern Italian Alps. Before we climb up this incredible mountain, I hope to visit Stelvio National Park and learn more about their shuttle bus service and the incredible, car-free Stelvio Pass Bike Day, where thousands of cyclists ride 48 hairpin turns over 25 miles and climb almost 6,000 feet in elevation. I’ll miss this grand event, but want to learn how I can bring this kind of ride and low-impact tourism opportunity to America’s national park system. 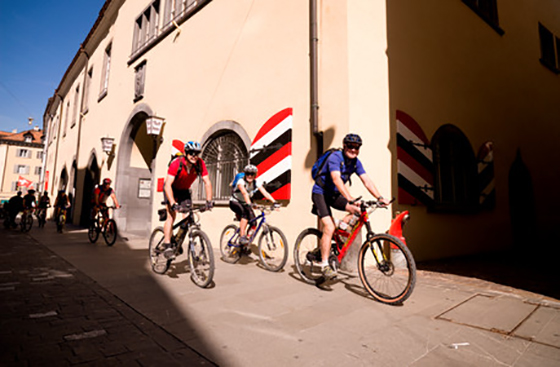 From here, we move to Chur, Switzerland where I will meet with tourism and city officials to learn about this city that sits near the start of EuroVelo 15: Rhine River Route. Of all the EuroVelo routes, this one is the most complete — signed and supported by SwitzerlandMobility, multiple tourism centers in Germany, Alsace By Bike in France, and Nederland Fietsland in the Netherlands. 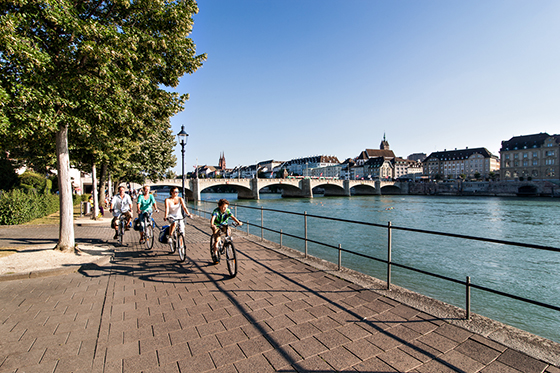 It’s going to be a pleasant ride up to see Lukas Stadtherr who will meet me in Basel, Switzerland about mid-June. On the way, I'll pass "Three Countries Corner," the intersection of Switerzerland, Germany, and France. 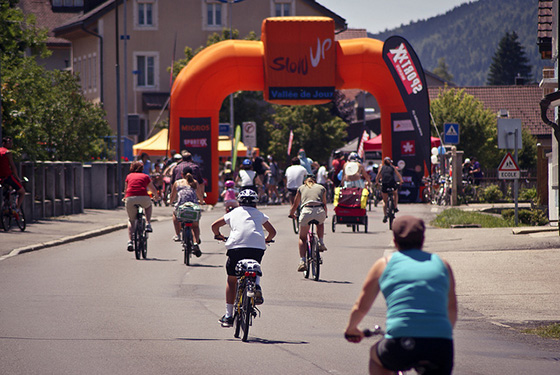 Lukas will introduce me to an event called the slowUp festival, similar to what we call Cyclovias, Open Streets, and Sunday Streets. The event most likely to fit in my schedule is in Hochrhein on June 15. 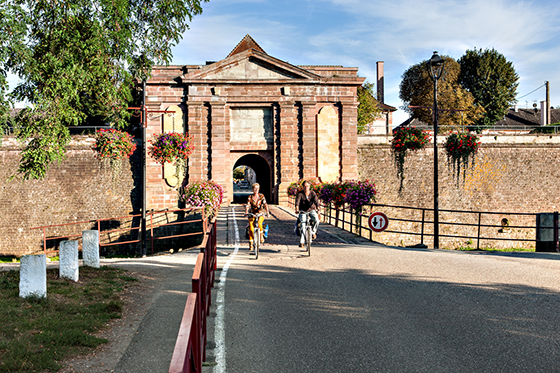 I’ll stay on EuroVelo 15 for several days, taking in the museums, wineries, castles, and quaint villages as I meander along the Rhine. This area is known as the Alsace region and I'm told is wonderous, with vineyards and iconic views. The food is supposed to be fabulous too. 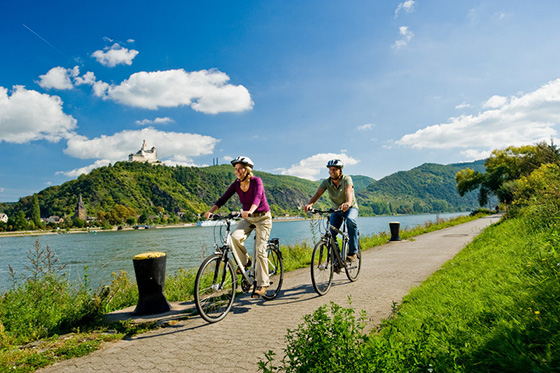 Taking a detour off the Eurovelo 15 which runs through a region known as the Romantic Rhine, I hope to jump on the German Wine Route and then link back to the Rhine Route at Mainz. This will give me a nice taste of local bike tourism efforts in Germany. Once back on the Rhine Route, I’ll head to Koblenz and then take the Moselle River Cycle Route. This route will touch the edge of Luxembourg’s National Cycle Route Network which consists of 23 routes across the country at various stages of completion. 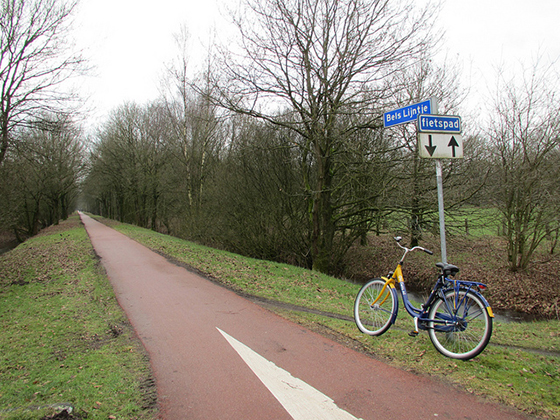 I’ll have three days to cycle in the Netherlands, one of the most bicycle friendly countries in the world. I will go to Eindoven then Utrecht where I plan to meet with Larissa Staal of OV Fiets, the bike share system for the country. In Utrecht, they are undertaking a huge bike parking project at Utrecht Central, what could be the largest bike parking system in the world. I am curious about opportunities to integrate bike parking, transit, and rail, and this could be very informative to our work with Amtrak and in the future, transit and airlines. 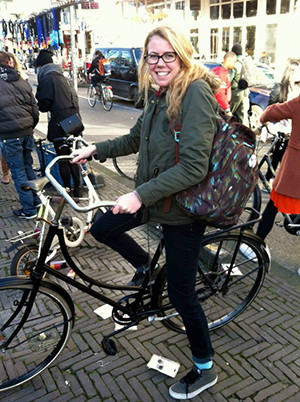 Finally, it all ends in Amsterdam where I’ll have a quick visit with my beautiful daughter, Mari, who is spending a semester attending Amsterdam University. We have grand plans to visit many of the amazing sites, like Anne Frank’s House, the Rijks Museum and Vondel Park. 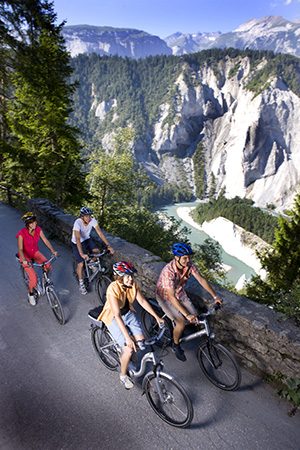 After so many years of working on bicycle tourism in the U.S., it will be an eye-opening experience for me to explore Europe’s amazing EuroVelo system by bike and see firsthand some of the successful local and regional tourism initiatives that have been implemented. I am excited to bring home and apply what I learn to ongoing bicycle tourism projects, such as the U.S. Bicycle Route System, national and state parks, and rail service — specifically Amtrak. What better way is there to celebrate bicycle travel than by dreaming big and transforming possibility into reality?

Special thanks for photos go out to Ed Lancaster of European Cyclists Federation, Claudia Schwarz of Romantic Rhine Tourism, Roberta Agosti of Bolzano Tourism, and Michael Christ of Chur Toursim.

Ended up taking a bike tour in Letna Park by Prague Castle. It was really cool, we ended up taking renovated bikes from the Communist Era and got to explore the Beer Gardens! I recommend checking out Retro Bike Tours when you have the chance!

Does anyone have experience riding the northern route around the Bodensee instead of the southern route on EuroVelo 15?

We are looking forward to welcoming you to Breisach upon Rhine while you are cycling along the EuroVelo 15. Our lovely town is situated ashore the Rhine river, between th Black Forest (Germany) and Alsace (France).

I'm leaving for my own Europe tour on Monday. I will be riding in some of the same areas--the Rhine in Germany, Amsterdam, Eindhoven (want to ride on the Hovenring). It would be funny if I saw you, because I met Arlen last year in Richards, TX! Chances are probably slim, but I'll keep my eye out anyway!