Cities, small towns, farmland, forests, roads and trails – this route has it all! The Chicago to New York City Bicycle Route includes a main route and the Philadelphia Alternate, which goes between Pittsburgh, Pennsylvania and New York City. Heading east from Chicago you’ll go through Indianapolis, Columbus, and Pittsburgh. In Pittsburgh you can choose to follow the main route, which crosses Pennsylvania into New Jersey, and then enters New York City from the north. If you choose the Philadelphia Alternate you’ll ride the Great Allegheny Passage and a portion of the C&O Canal Trail in Maryland. After leaving Philadelphia, the route goes east to the New Jersey shore and ends with a ferry ride into New York City from the south.

Add an Adventure Cycling membership to your order, and get free ground shipping to the contiguous United States, as well as 20-30% off Adventure Cycling print maps. Already a member? Log in to your account for your discounted pricing. 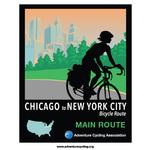 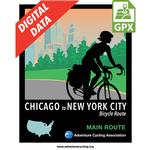 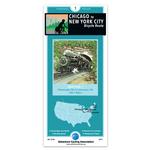 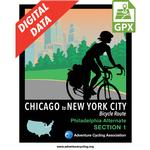 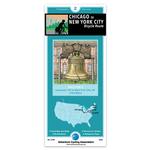 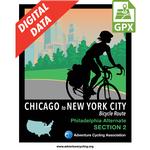 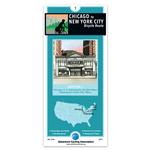 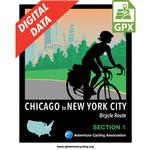 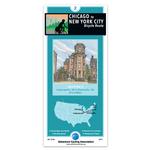 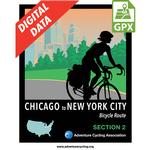 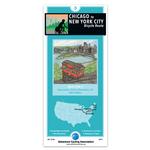 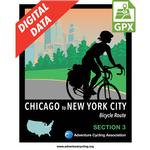 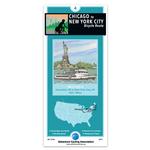 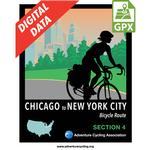 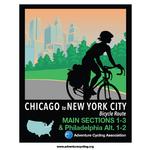 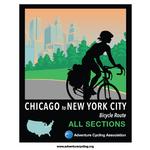 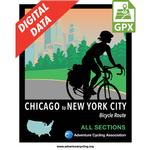 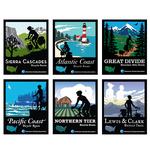 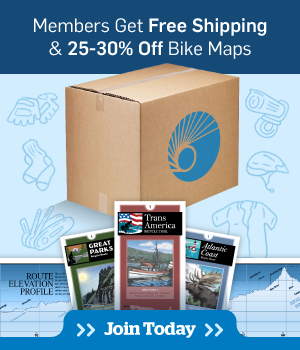