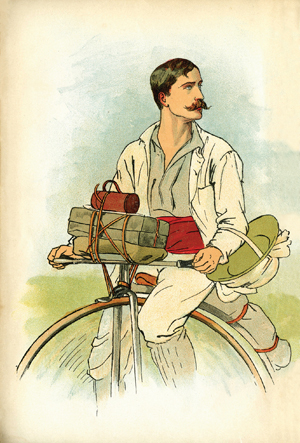 The Thomas Stevens Society is Adventure Cycling’s homage to the father of bicycle travel — Thomas Stevens. More than 120 years ago, Stevens became the first person to circle the globe on two wheels. From April 1884 to December 1886, Stevens traveled around the world on a penny-farthing, the standard bicycle in those times, courageously traversing terrain that was often wild and inhospitable.

Donate now: You can make a one-time donation to join the Thomas Stevens Society or make monthly gifts. Once your annual giving has surpassed $1,000, you will be inducted into the society for the year.

For more information about the Thomas Stevens Society, call the Development Office at (406) 721-1776 or at development@adventurecycling.org.