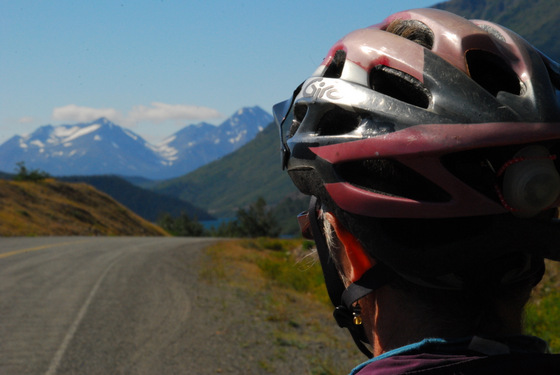 "River and plain and mighty peak—and who could stand unawed? As their summits blazed, he could stand undazed at the foot of the throne of God."

What Robert Service wrote of the Yukon in 1911 is still true today. As far as I know, the celebrated writer/poet wasn't much of a bike rider, but I'll tell you, the Yukon should be on your bike travel list. 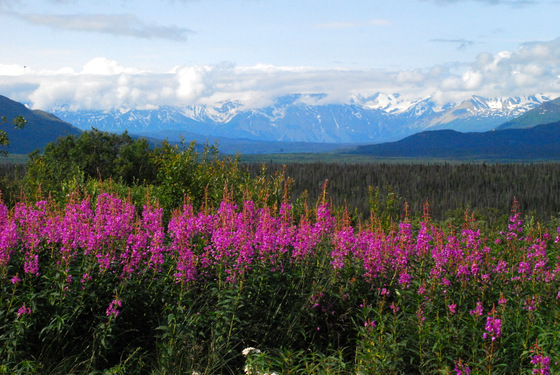 Kat and I pedaled just a sliver of this Canadian territory, and the grandeur overwhelmed us with the bluest skies we've ever seen. I later found out why. Whitehorse, the capital of the Yukon, is in the Guinness World Records book as the city with the least pollution in the world.

There is little traffic on most roads, only five inches of annual rainfall (57 inches of snow), and grizzly bears keep your adrenalin pumping.

You can experience the same sliver of the Yukon as we did. The Golden Circle tour begins and ends in Juneau, Alaska, and you'll see parts of British Columbia as well. You can venture off on your own, or Adventure Cycling's 2016 Alaskan Golden Circle tour runs from July 2 to July 14.

Read about my trip with Kat on The Golden Circle in Adventure Cyclist magazine. 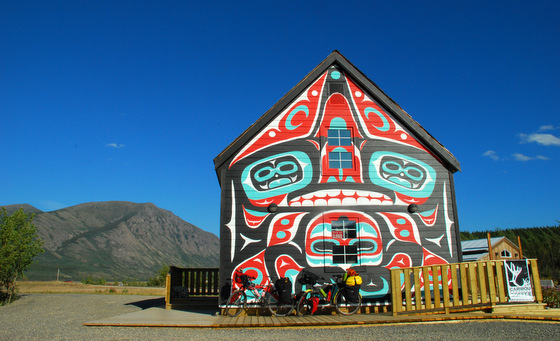 I had the honor of being the co-leader on this tour this last summer. Awesome, awesome tour. Challenging riding and conditions, but as Willie says, the grandeur of the scenery make it worth every ounce of effort. Highly recommended!!