Spring is officially here! And with milder weather comes the anticipation of new routes in the U.S. Bicycle Route System (USBRS). While new routes won’t be officially designated until the American Association of State Highway Transportation Officials (AASHTO) meeting in late May, we have been eagerly tracking several states that are close to finalizing routes. Read on for three states to watch.

The USBRS in Nevada

“The USBRS will have a positive impact, not only to our residents, but to our bicycling visitors from around the world.” –Jamie Borino, Nevada DOT

Until recently, the West has been greatly under-represented on the map of designated U.S. Bicycle Routes. But that is starting to change! Alongside the work that’s happening in California, our partners at the Nevada Department of Transportation are making great strides toward designating their routes. We’re definitely looking forward to cycling across Nevada’s unique landscapes!

The USBRS in Missouri

Ever since Adventure Cycling finished mapping Bicycle Route 66, a dedicated team has been hard at work securing the necessary agreements to officially designate U.S. Bicycle Route 66. Drawing from the transportation, tourism, and bike advocacy worlds, this team has seen their successes reported by several local news outlets — and their enthusiasm may even be spreading to neighboring states who share the historic Route 66 heritage. 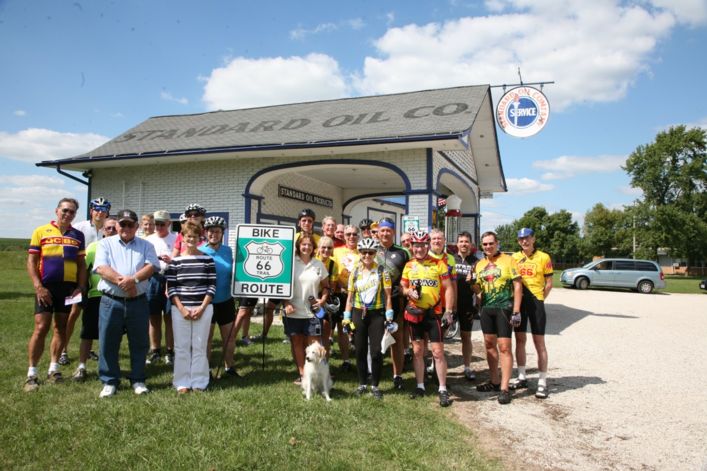 The USBRS in Ohio

“The U.S. Bicycle Route System will connect communities across the nation and open the doors to many small towns and businesses that could have otherwise been easily bypassed by highways.” –Caraline Griffith, Ohio DOT

News of Ohio’s work on bicycle routes is also starting to trickle out as the state nears completion of an ambitious project to dedicate not just their U.S. Bicycle Routes, but a number of state bicycle routes as well. We often talk about the USBRS being the spine that connects one local bike network to another, and this will definitely be the case in Ohio.

Stay Tuned to the USBRS

We’re excited about all the work that’s currently being done on the ground in states across the country — and we hope you are too! Stay tuned for more information about new designations over the next several weeks.

Why does the USBRS matter to you? Tell us in the comments below or email us.

I would just like to ask when is USBR 30 in Wisconsin going to be implemented? Here in Wisconsin we've been told it's at "near completion" for almost 4 years now and I'd really like some answers.

Hi William. The effort to designate USBR 30 in Wisconsin has indeed been slow, as there are some unique challenges that folks are working through. We hope to see it designated soon, which I know is no different than what you've heard for years, but one day we promise it will just be done. Thanks for your support and patience!

Thanks for the info, hoping to see it implemented soon!