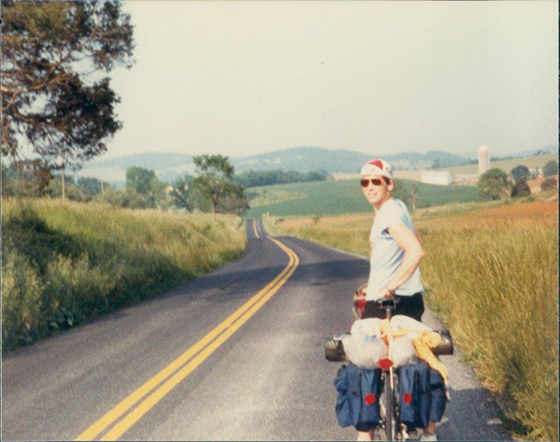 In 1980 at the age of twenty, I rode 4,200 miles with eight other cycling enthusiasts from Williamsburg, VA to Pacific City, OR. The most I had ever ridden was 120 miles, so this was truly something I had never experienced before.

My emotions followed the flow of the terrain — many ups and downs. And through it all, I learned about great people I encountered along the way, as well as the way I responded to adversity with flat tires, broken spokes, and melted peanut butter oozing over my clean underwear in my pannier.

I am now fifty-six years old, but I can go back in time in an instant and remember all the great times that shaped my life forever.

My experience with Bikecentennial began at the age of twenty while reading a cycling magazine. I decided that now was the time to take on such a trip while I was still attending the University of Massachusetts and had no real responsibililities. I had worked the summer before in Vermont at a hotel and saved $2,000 to buy my Motobecane Grand Record bicycle, camping equipment, and enough spending money to last three months.

I had no idea what I was getting myself into. In fact, two weeks before my trip, I was hit by a car while doing one of my training rides around the campus. I flew over the hood of the sports car and landed on my back. Luckily I was not hurt, but it did make me more cautious, which helped keep me safe during my trip.

The other cyclists in the group consisted of three women and five men ranging in age from nineteen to seventy-five. Kai Benjamin was our leader and she was very level-headed and knowledgeable. 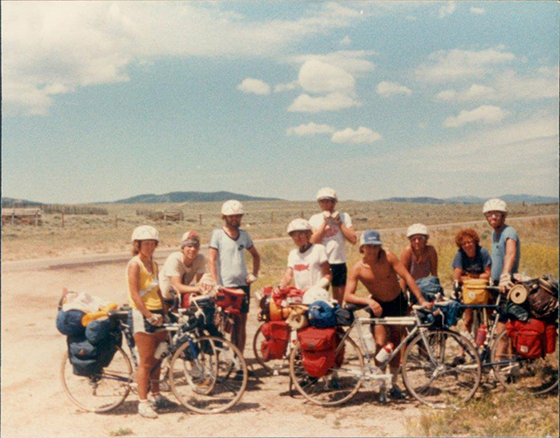 Hermon Hoffer was the star of the group. Wherever we went, reporters wanted to interview him to find out why this older gentleman would want to take on such a monumental feat at his advanced age. He simply said that he had to wait until his wife died! 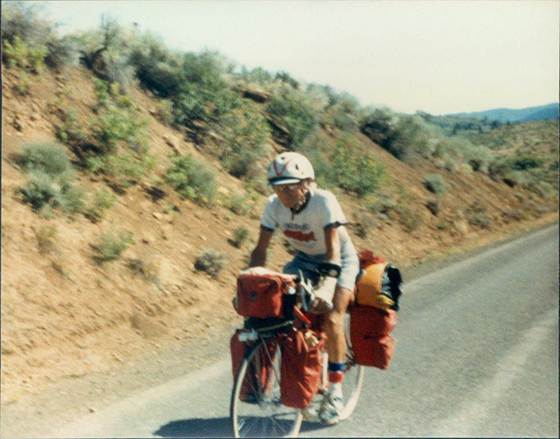 The people we encountered made the experience even more memorable. June Curry "The Cookie Lady" on Afton Mountain, VA, with her beautiful smile, wonderful hospitality, and delicious cookies, made it easier to get through one of the worst climbs I had ever experienced. 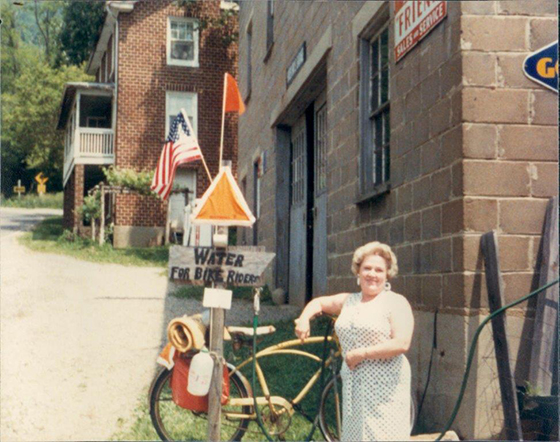 Lazy Louie in Missouri took us in and let us use his 45 degree shower on the hottest and most humid day of the summer. He helped me to wash off the memory of the peanut butter container coming apart and oozing all over the clean clothes in my pannier!

We rode during the night through Kansas to help conserve water and to lessen the impact of the non-stop wind and heat. We endured little sleep for six days, but we did five centuries plus a 150-mile excursion to cross into beautiful Colorado. I can say that I rode up Hoosier Pass at 11,541 feet above sea level!

The hot springs in Yellowstone National Park were wonderful. We bathed in the summer heat. In Missoula, MT, we visited the Bikecentennial headquarters where it all began and met the amazing individuals with the vision to imagine such a cycling odyssey. Thousands have made this dream a reality since 1976. 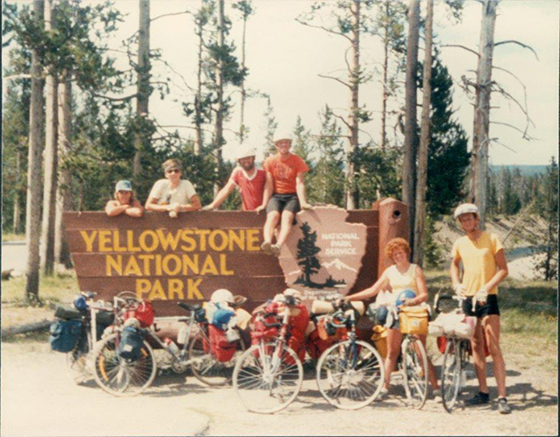 Idaho was a relatively easy ride, which led into Oregon with a 75-mile river-paralleling descent that ended at Pacific City, OR.

I was very happy that I had written in my journal each day's events and taken hundreds of pictures with my simple Kodak 110 Instamatic camera. Thirty-five years later, I completed my book 1,344,000 Revolutions, now available on Amazon. 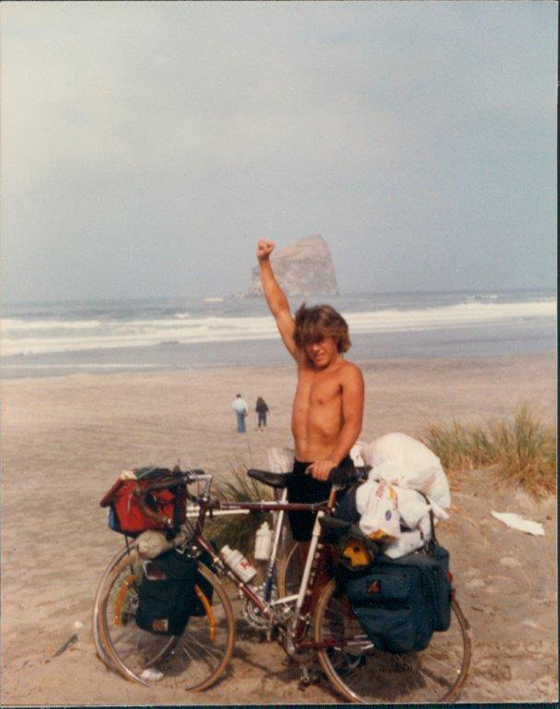 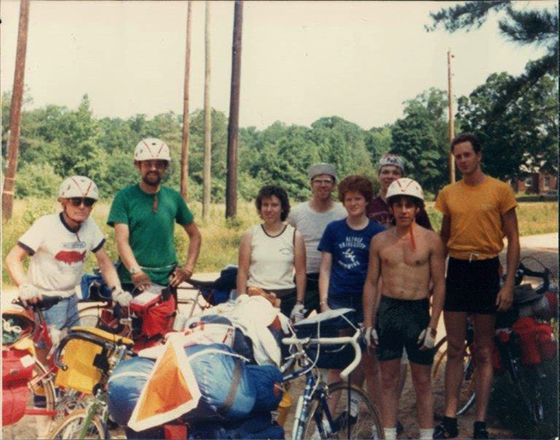 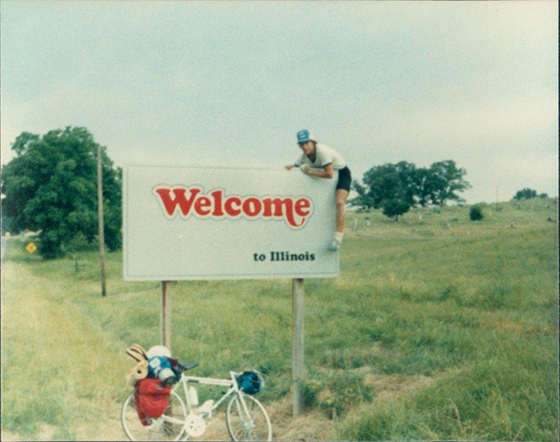 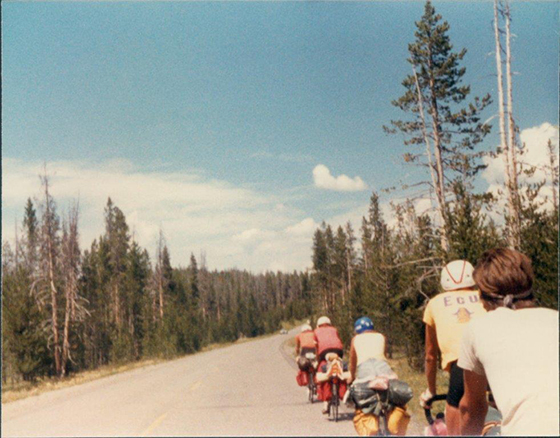 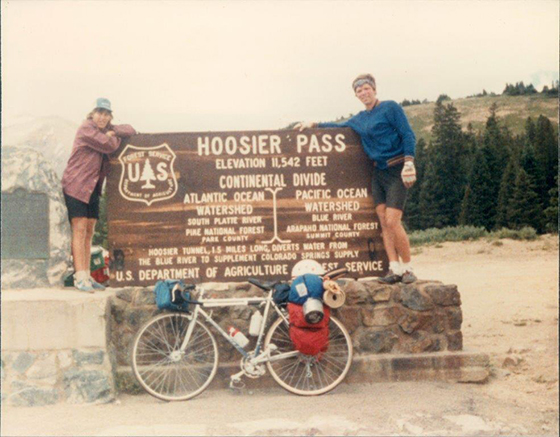 Story and Photos by Tom Greeley

Looks like a great trip, something I hope to do in the next few years (while in my mid-60's, had to wait until full-time employment died). Would love to read the book, but I don't buy books anymore unless I can get the e-book version. I have way too many physical books to get rid of already, and e-books truly are better for the environment. Please consider having this released in Kindle or iBook format, I will be one of the first to order it!