The World's Longest Mountain Bike Route is About to Get Longer 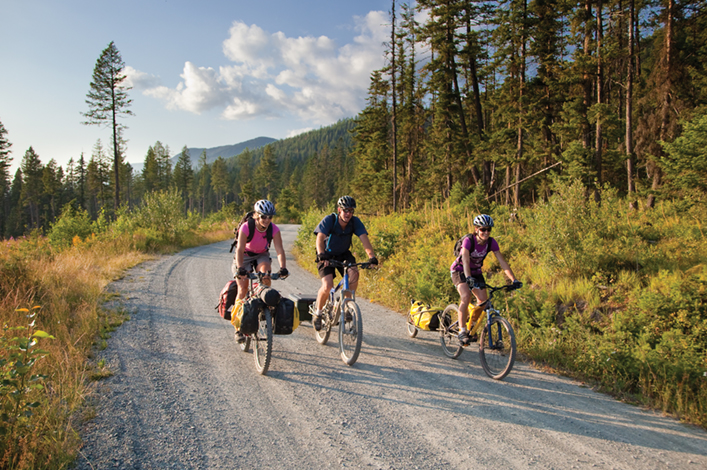 He had just completed the Herculean task of convincing his boss Gary MacFadden and Gary’s bosses, Adventure Cycling’s board members, to let him cut loose from the office and hit the road to map our first off-pavement route: 2,493 miles of dirt backroads from Canada to Mexico along the Continental Divide.

But even after the board members gave the green light, Mac wondered, “What if it turns out nobody wants to ride the thing? What if dirtlubbers ask ‘Where’s the singletrack?’ and roadies wonder ‘Where’s the pavement?’”

Nearly twenty years later, the answer is clear. Bike travelers were ready! In the years since Mac mapped the route, thousands of cyclists — from endurance athletes to families — have packed their bags and tested their tires on the Great Divide Mountain Bike Route.

Now, nearing its 20th anniversary, the Great Divide Mountain Bike Route (GDMBR) is ready for an overhaul and an extension. With your support, we’re taking what we’ve learned over twenty years and tweaking the maps to give you the best riding experience possible. We’re improving the look and organization of the maps, making them easier to read, and adding directions for northbound riders. Plus, we’re mapping almost 400 new miles to both connect with Jasper National Park and create a spur into our headquarters in Missoula. But we need your support to make it a reality.

And when you donate today, a group of enthusiastic members will double your donation.

“This year, we will finish the last segment of the ride, Pie Town to Antelope Wells. I think our group is setting a new record for the longest time to complete the trail ... twelve years to be exact. The route has been amazing and the riding is unforgettable. Frankly, it has ruined me for road touring.” 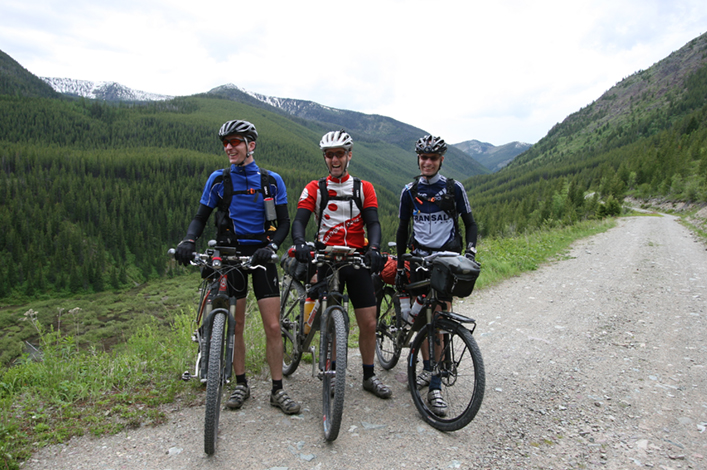 The Great Divide Mountain Bike Route is for all skill levels of cyclists. While endurance icons like Jay Petervary and Lael Wilcox test their mettle by racing the GDMBR, families like the Todds, Mike, Debbie, and six kids age 10–17, make the most of their summer vacation by riding the route. Last year, composer Payton MacDonald filmed his documentary Sonic Divide while riding the route and playing music by various composers. Cricket Butler built her dream business, The Whitefish Bike Retreat, near the route. And these are just a few of the people our members have helped to create rich life experiences — because our members supported the dream of a long distance mountain bike route.

When you donate, you help create more life-changing adventure. Your support revitalizes communities along the route and helps make people’s dreams become reality.

Can we count on you to be part of making this iconic route longer and better?

After you donate, check out Mac’s blog post from 2013 about the highs and lows while researching the route, including the time he tried to drown the research Jeep during a creek crossing.

Please leave us a note in the comments and tell us about your favorite off-pavement place to ride.

Wait, what's going on in Arkansas?!

Check out this blog post for the story on Arkansas:

Hopefully the section of the infamous Idaho rail trail open to ATV racing is no longer part of the main route. Let them eat their own dust! Nearby gravel roads are much better riding.

You'll be happy to note we are changing the route to avoid that section of trail!

Is there a date that the route will be updated by? Would it be ready for a ride in 2018?

The maps are due to be out Spring 2018 in time for the riding season.

Can't wait to ride this

So does the spur in Missoula bypass Helena?

No. The spur will start in Seeley Lake and go to Missoula. Cyclists will return the same way to Seeley Lake.

I did the GD in 1997 - at that time the last southern part wasnt finished but we went through Colorado up to Canada - I'm dreaming of a tour with my family when the youngest is old enough... / Peter from Denmark ??

Hi Peter, The Route was officially finished the following year (1998.) Check out this blog about the Todd Family, who rode from the Canadian boarder to mid-Colorado. Their son Gregory was 10 at the time. https://www.adventurecycling.org/resources/blog/the-todd-family-redefining-the-great-american-road-trip/

I've ridden the Banff to Whitefish section twice now. Once with Adventure Cycling in 2015 and this year during the Tour Divide. I've already laid plans to go back next summer to ride that section again and share it with a few friends. My wife says "why do you want to go back and do the same thing over and over"? WHY? Because it is so absolutely, unbelievably BEAUTIFUL and different from where I live!! And now you are going to add 400 more miles of more extreme beauty to the northern section of the GDMBR?? How am I ever going to get to see the rest of the route?! You guys are adding to a lifetime of dreams. My donation is on its way. Thank you!

The 400 miles isn't all in Canada. We're also adding a 60-mile spur from Seeley Lake, MT into Missoula.

Thanks for the donation, John! It's amazing to hear stories about people's relationship with the GDMBR and learn about their favorite sections. Former board member Matt Cohn did the route in 12 years while Tour Divide racers do it in 15 days, so fingers crossed you'll complete it somewhere in the middle of those.

Do an extension into Mexico? Also please "grade" the different segments by overall difficulty?

I cannot wait to ride this added section of trail!! Thanks for all you do, ACA!

Great excuse to "have to" ride it again! I've heard of people starting in Jasper, but they usually took all pavement to Banff. I assume they new section will find some dirt alternatives.

The new routing will be in the foothills along the eastern side of the Canadian Rockies.

I'm riding the GD now and loving it! Can't wait to ride my MT bike all the way to Jasper. Thanks for all the amazing work you all have done. Sandra