As 2017 comes to a close, we’re celebrating U.S Bicycle Route System (USBRS) successes from the past year and looking forward to the year ahead. Here are our top five highlights from 2017.

In September, Adventure Cycling’s Travel Initiatives team welcomed Laura Crawford as the new U.S. Bicycle Route System Coordinator. With the increased capacity, we’ve been better able to track progress and help un-stick projects that have stalled — and we’re proud to report that there is a lot of forward movement on U.S. Bicycle Routes nationwide!

In May, Pennsylvania joined the U.S. Bicycle Route System as the 25th state to designate official U.S. Bicycle Routes (USBRs). The 163-mile segment of USBR 50 connects across the southwest corner of the state, from West Virginia to Maryland, and incorporates the Great Allegheny Passage. Eventually, USBR 50 will stretch all the way across the U.S., connecting Washington D.C. with San Francisco.

In September, Washington added to its cache of USBRs by designating segments of USBRs 87, 95, and 97 — a total of 276 miles. Over the next few years, we’ll see the momentum continue with these three routes, and others, extending across the entire state. 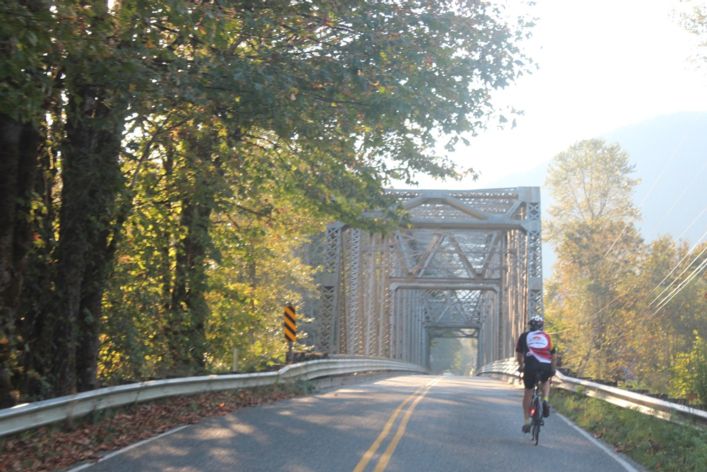 Washington is on a mission to find all the best riding in the state.

A big part of our success this year is due to the efforts of volunteers across the country. In California, we’ve been working with over 20 volunteers to reach out to road jurisdictions and secure local support for U.S. Bicycle Routes within the state. In 2018, we’ll be working even more with California volunteers, as well as department of transportation officials, to begin designating routes!

Mississippi has been on a roll this year improving conditions for bicycle travel — from statewide promotions to our ongoing safety work with the Natchez Trace. At the end of 2017, we launched a partnership with Bike Walk Mississippi, the state advocacy group, to staff and train a volunteer task force focused on designating U.S. Bicycle Routes in Mississippi. 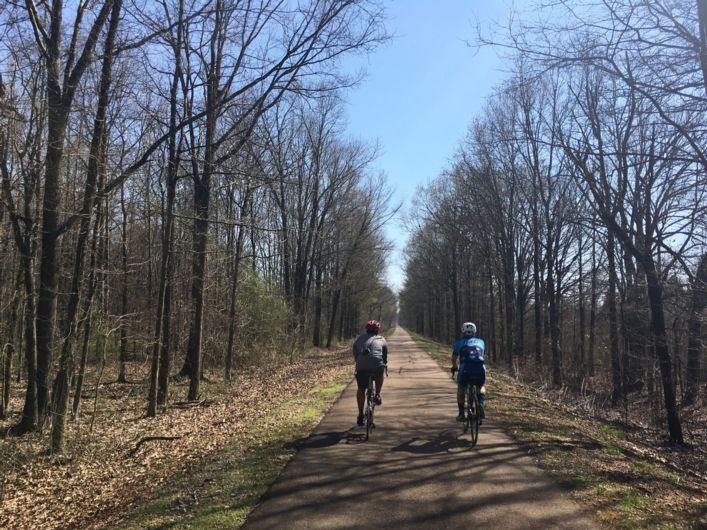 One of many stunning trails in Mississippi

If 2017 was a year of slow and steady growth, 2018 looks to be a year of great strides. In fact, if we were to look into a crystal ball, we might see a budding competition for the state with the most designated miles of U.S. Bicycle Routes. Who will win? We won’t know until the next designation period rolls around in May. If you’re as antsy for news as we are, follow us on Facebook or Twitter, or sign up for the quarterly USBRS eNews.

We’d like to say thanks to all of our great partners, members, volunteers, and other supporters! The USBRS is an enormous team effort, and we simply couldn’t do it without you. Happy New Year!

Your current USBRS system includes Ohio, but as a long time resident of the state and avid cyclist, I have not seen any USBRS signs anywhere, at least in northern Ohio... or are there no signs?

USBR 50 is the only route that is currently designated in Ohio. It is signed, but since it crosses the middle of the state, you wouldn't see the signs in northern Ohio.

That said, they are working to designate many more U.S. Bicycle Routes this year, and I assume they have plans to sign those as well. You can learn more about their plans here: http://www.dot.state.oh.us/Divisions/Planning/ProgramManagement/HighwaySafety/ActiveTransportation/Pages/bikeroutemaps.aspx