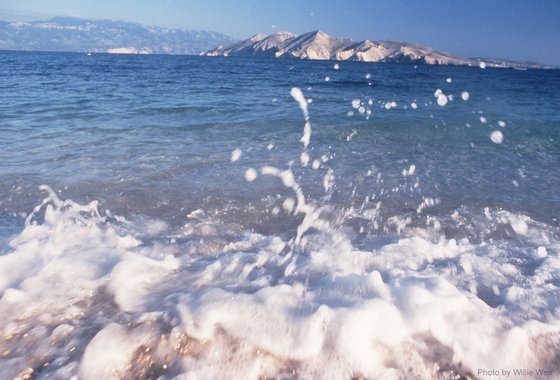 I often refer to the bicycle as the great intensifier. Unlike travel by car or bus or train or motorcycle ... the bike allows you to experience a place with all of your senses. Because you are also physically active, I'm sure the endorphins and adrenaline also add to the intensity at which cyclists experience the world.

The world has never been more beautiful for me than from the seat of a bicycle.

I cycled into war-torn Croatia and Bosnia in 1996. The only vehicles on the road (other than my bicycle) were the occasional rumblings of United Nation troop trucks and tanks. One of my first encounters was in a small town named Bilisane.

The commentary below originally aired on KUOW. The sounds were recorded in Bilisane. The text was recorded in a small apartment in Sarajevo. Today, I'd have sent the audio file via the internet in ten seconds. Thirteen years ago, I had to send the cassette tape via an express shipping company and then an engineer mixed it in the studio in Seattle. How quickly technology has changed.

And so has the region. Croatia is now one of the world's hot tourist destinations.

But that day I learned the intensity of bicycle travel works both ways. It also relates to the raw, ugly and horrifying scenes this planet has to offer. There was no way to roll up the windows, turn on the stereo and drive quickly away.

To travel by bicycle is to encounter the world without filters. I wouldn't have it any other way.

Photo and audio by Willie Weir