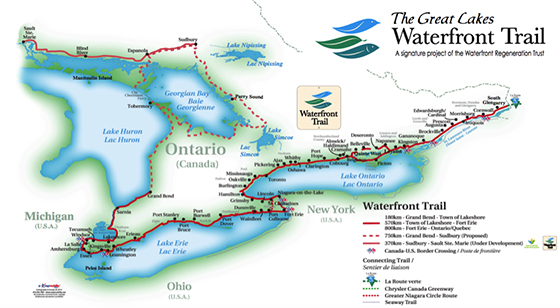 1. You’ll love the distances you can ride

Two decades ago, the Great Lakes Waterfront Trail was launched to celebrate and reconnect people to Canada’s Great Lakes, the largest group of freshwater lakes on earth. Back then, it ran just 170 miles (270km) from Hamilton, Ontario to Trenton, Ontario, along Lake Ontario’s northern shore.

Today, this fully-signed route welcomes walkers, runners, and cyclists to enjoy 990 miles (1600km) from Grand Bend on Lake Huron to the Ontario-Quebec border on the St. Lawrence River. 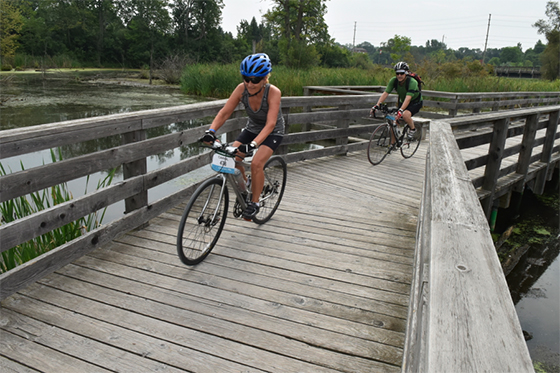 3. One of ten cycling trips that will make you fall in love with Canada

At the last count, the trail traveled through a total of 495 parks, beaches, and natural areas. The Waterfront Trail was recently rated as one of ten cycling trips that will make you fall in love with Canada on Marianne Wisenthal’s 2015 article from The Loop. 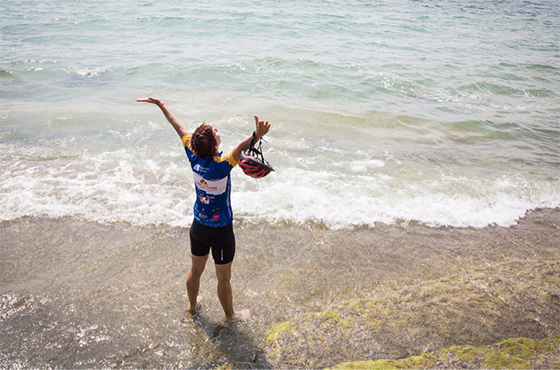 4. Closer than you think

Connections to the Waterfront Trail are just a hop, skip, and a jump away from many locations in the U.S. Here’s a lot of detail on how to connect to the Trail.

And at Sandusky, OH, the Pelee Island Ferry connects the Underground Railroad Bicycle Route’s Detroit Alternate Route to the Waterfront Trail, using a different option, at Leamington, Ontario. Regardless of which option you choose on the Detroit Alternate Route, you’ll eventually travel north, consistent with the proposed Waterfront Trail along Lake Huron’s eastern shore from Sombra, Ontario to Owen Sound, Ontario.

Connections via one of these seven border crossings:

Or, connections via ferry:

Current U.S.-Canadian exchange rates make 2016 the perfect year to plan your ride. Everything from hotels to hash browns will be 30% cheaper this year. What are you waiting for?

990 miles (1600km) of Waterfront Trail now connect Lake Ontario, Lake Erie, and Lake Huron, making the Great Lakes more accessible than ever by bike thanks to the Trail.

7. Get off the bike and have fun

Whether it’s the bright lights of Toronto, the thrill of Niagara Falls, or the beach life in Grand Bend — there’s so much to do both on and off the bike. Visit a distillery, a winery, and a craft brewery all in one day as you ride along the shores of Lake Erie through the city of Windsor. 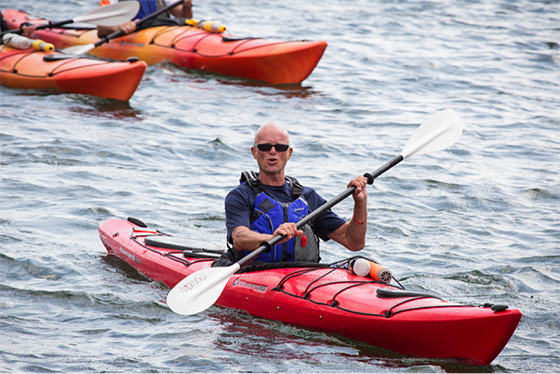 Rent a bike and plan a short day trip or bring your bike and plan to ride a longer stretch. All the information for planning your trip is available on our website, including detailed maps and suggested itineraries.

If you are interested in joining other like-minded cyclists, the GWTA is an annual supported cycling holiday showcasing part of the Great Lakes Waterfront Trail. In 2016 the GWTA will be celebrating the extension of the Trail to Lake Huron with a five-day cycling adventure from beautiful Pelee Island to the bustling beach town of Grand Bend. Daily distances in 2016 range from 30km to 110km. For more information on the GWTA and to register, visit the events page of the Waterfront Trail website. 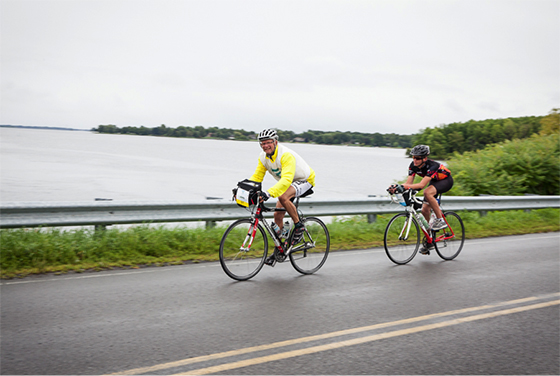 The Great Lakes are historically significant to both Canada and the U.S. As you ride along the Great Lakes Waterfront Trail look out for heritage plaques and interpretive panels relating to the Carolinian forest, the Underground Railroad, the War of 1812, and wind energy, as well as many other fascinating stories. Plus, museums and historical buildings routinely appear along the trail. Look for Fort Henry in Kingston, Fort George in Niagara on the Lake, and Fort Malden in Amherstburg. 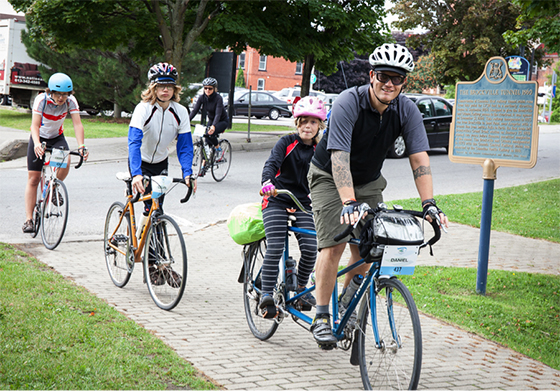 Is the trail deprecate from auto traffic the entire way? I am interested in taking my family including 3 children 10,14,16.

I don't love them riding with traffic.

Road a good portion of this a few years back. Excellent adventure! Lots of great towns to stop in and everyone was helpful and friendly. The route was well marked and we rarely had to use our maps or guide book.

When I rode around Lake Ontario in 2010 the Canadian company, Tilley awarded me their hat since I toured the whole shebang! Here's the link to my tour:

It was a real joy!

Ok. Convinced me. 2016 around Australia then over to do this shorter ride.

This just changed my 2017 bicycle vacation plans with my granddaughter! Looks fantastic!

This serendipity. I hope to travel this route soon.