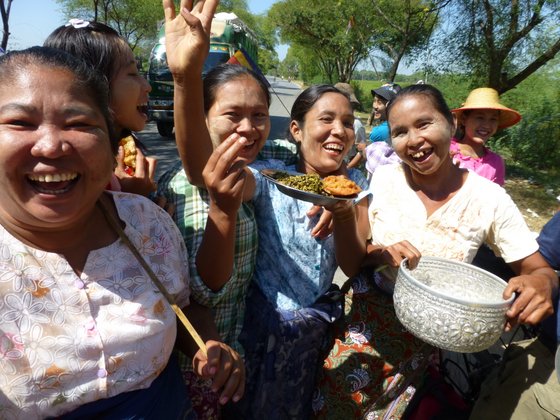 The bicycle is not only a great way to see the world; it's hard to beat as a way to experience the world.

Let's just consider parties, festivals, and other celebrations. I have, on occasion, traveled by other means than a bike ... by train, bus, motor home, or car. Never, while using those other means of travel, have I been spontaneously invited to party with the locals.

On the other hand, while traveling on a bike, I've been invited and sometimes dragged off my bike to join in the festivities.

Here are just a few examples: 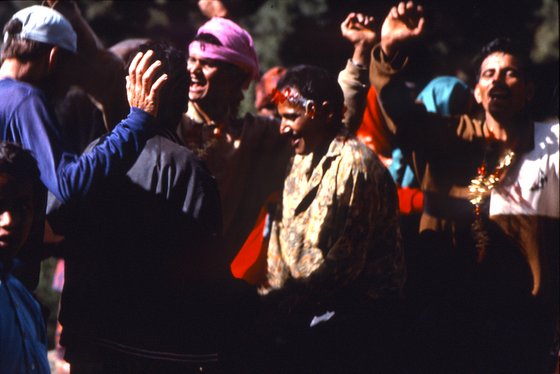 The above photo of a wedding party was taken on a tiny mountain road in northern India. The guy dancing in the upper left hand portion of the photo is me. It was taken by someone on the groom's side of the family who grabbed my camera and snapped several shots. When I woke up that morning, facing a daunting mountain pass or two, I had no intention of participating in a celebration. But I was on a bike and the moment the crowd of guests saw me, they swept me up and treated me like one of the family. 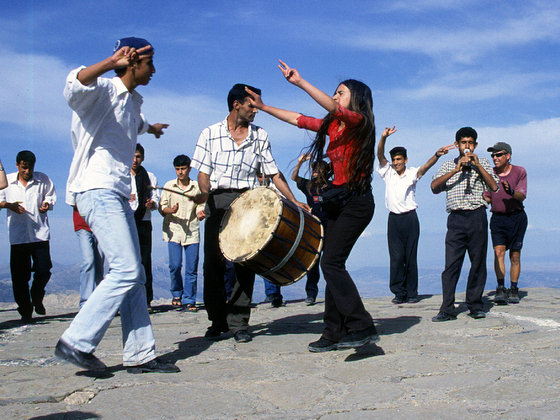 When my wife and I arrived at the summit of Mt. Nemrut in eastern Turkey, there was a large bus of Kurdish students who decided to have a spontaneous celebration. Instruments and drums emerged from the luggage hold and the dancing commenced. If we were tourists on another bus, we would have stood by and taken photos ... but we were on bikes. The students grabbed our hands and led us through the steps. 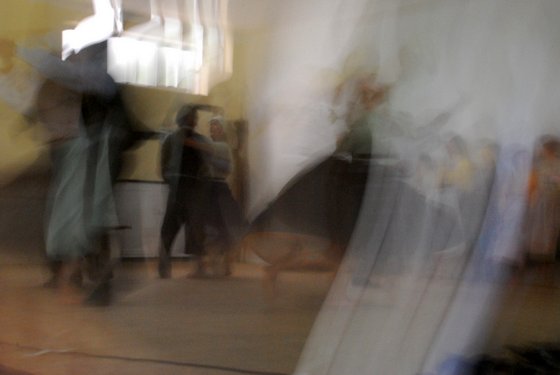 The above photo of whirling dancers is from a small town in Portugal. It began with us stopping to see a group of people who were gathered, dressed in traditional folk costumes. Since we were on bikes, instead of staring through the windows of a rental car, we were waved over to join them. It was 10:00 a.m. in the morning. We didn't leave until the next day. 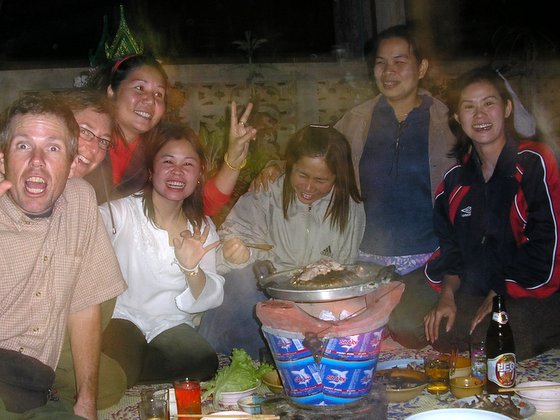 We were in northern Thailand and cycled into a small city on New Year's Eve. There was not a single room available in any hotel. Well, there was one room left — in a "love motel" — the hourly rate confirmed it. Neighbors, who had seen us pedal by, invited us to join in their New Year's celebration. Why? Because we were on bicycles!

I tell people that I'm not an avid cyclist, but an avid traveler who discovered the world's greatest travel vehicle. 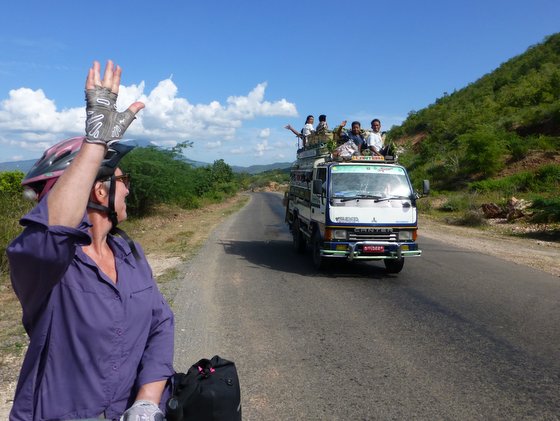