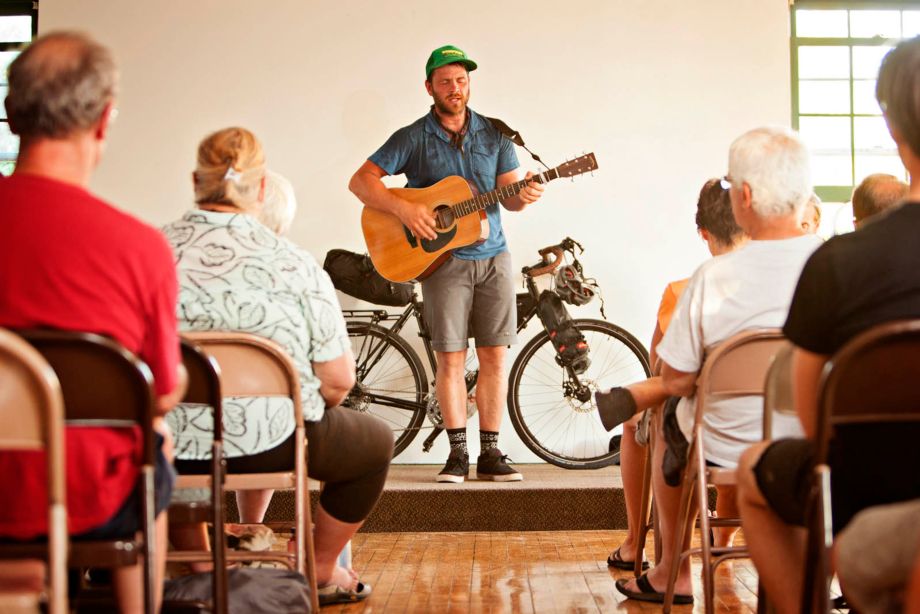 Adventure cyclist, poet, and troubadour Ben Weaver has been following water and playing shows in unique venues all across the U.S. on his Salsa Marrakesh. Ben was recently included in Bikepacker Magazine's top bikepackers of 2015 and his ramblin' continues this winter with upcoming shows in Minnesota, including a performance at Art Shanty Projects on White Bear Lake. So take a listen and enjoy the interview...

As a musician, what inspired you to go on tour by bicycle?

In 2009 I was in NYC on tour. I had just played a show in Manhattan and was driving back to a friends house in Brooklyn for the night. I kept hitting red light after red light. I had been frustrated and unhappy with life as a touring musician for some time and these red lights were the last straw. In looking back, I realize what happened was, I had a revelation while driving down Atlantic Avenue that night. The revelation was: I never drive at home so why do I need to drive on tour? Enter the bike.

Where did you go on your first tour and how did you plan for your journey?

The first trip I took was around Minnesota and Wisconsin. Planning this first tour was very empowering. I was being motivated by a realization that I no longer needed to participate in the parts of the music industry that left me feeling unsatisfied. I was making my own rules and exploring new limits. It was all very exciting.

I contacted venues in communities which I had strong relationships with and linked together a run of shows with varying distances between stops. Not being certain how far I could ride in a day while still having enough energy to perform, I kept the distances between 60 and 100 miles a day. To my surprise, I found that riding 100 miles and performing in the same day was very manageable for me. This really opened up the possibility of touring by bike. 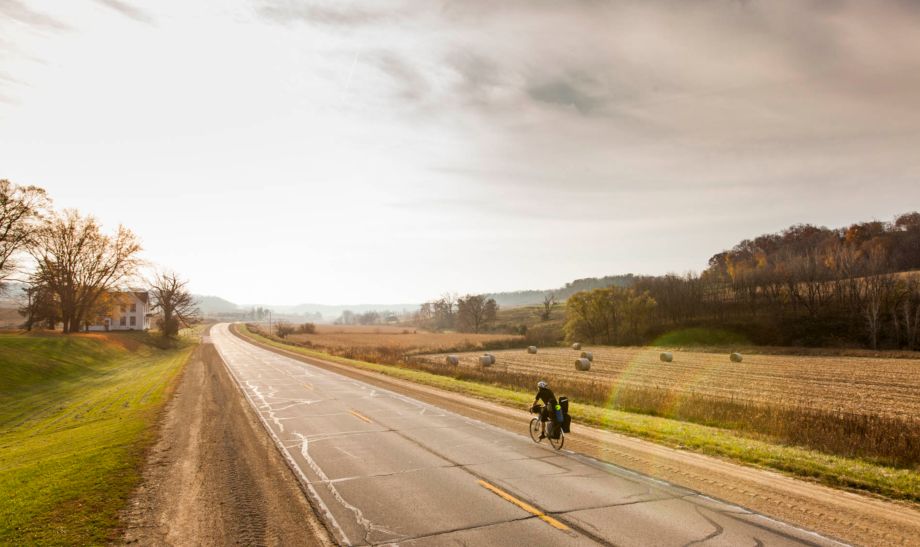 Do you think this method of travel has affected your work?
If so, in what ways has traveling by bike inspired you?

I’ve always been inspired by the land, so this method of travel has most significantly affected me by allowing close proximity to the land in every aspect of my touring. I ride in the wind, sun, and rain, and feel the landscape and its impacts on my body as I make my way from town to town. In most cases, I perform on the landscape, outside, or in a school, library, or alternative space that reflects the environment far more so than a bar or club might. It’s all had a very positive impact on my mood and spirit and has helped me dig deeper — reaching a better understanding for many of the ideas and subjects that I am working to engage about with my audiences.

Do you hope to continue to integrate cycling into your practice as a musician?

It has become inseparable. I cannot imagine returning to car touring. In the beginning, the challenge was figuring out the logistics, how to carry things, distances between shows, etc. Now that I have all of that dialed in, the challenge is deciding where to go next. There are so many routes and places to explore.

As the success of my performing and traveling by bike has grown, living in Minnesota has posed one new challenge, that being, making it a year-round endeavor. Year-round riding is something I have done for a long time, but carrying the instruments in cold weather, and dealing with shortened mileage to accommodate for weather, has introduced some new logistics that I am working through this winter. 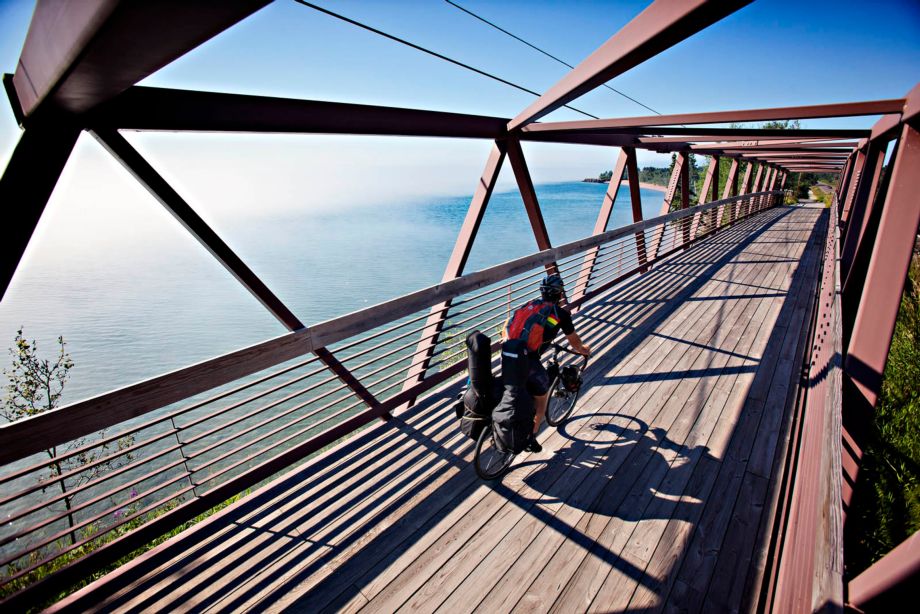 I read in another article that you were interested in possibly doing some more remote or off-road touring - where would you like to go next?

I am most certainly working on this. Like I mentioned above, so much of this for me is about the land, interacting with it. While I love touring on the road, my real love is meandering through the woods or over the open land. As the performances themselves have become more and more about connecting people to the land and finding ways to give back to that land through the riding and performing, I’m sensing that these experiences are going to present themselves soon.

Some of the ideas I am interested in are: riding the divide route with my instruments and stopping to interact and perform in those communities. I am also interested in working on water issues in Alaska and the Pacific Northwest. It looks very likely that I will be doing a trip in Europe in the next twelve months.

If you were to design a group tour, what part of the U.S. would you like to share with people?

I have traveled around much of the U.S. and after riding around Lake Superior this summer, I feel very strongly that it is one of our country's incredible wonders that risks being overlooked. I would love to share that lake, its waters, and shoreline with people.

Lately, I’ve been thinking a lot less about where we all might go on a bike and more about what being on a bike can do for the people, places and things that extend beyond us as the riders. My initial desire to start bike touring was mostly selfish. It was about my adventure, my fitness, what I would see and experience. Some of the most profound experiences I have had while bike touring has been seeing the impacts my simple act of riding has had on others. This has inspired me to ask the question, especially as more of these adventure routes begin to open up and as more people take to bicycle travel: what can we bring to the places and the people that inhabit the spaces we visit to make sure we leave something good behind? To be careful that the trip is not just about our adventure and what we can take for ourselves, but instead what our passing through can impart and leave behind. In a way, it’s the opposite of leave no trace. Pack out your garbage, but leave a piece of your spirit behind to keep inspiring and doing good after you have moved on.

ON THE ROAD is written by the tours team—Whitney, Mandy, Linda, Emma and Arlen—tours specialists and intrepid bicyclists, helping you bring your cycling dreams to fruition. Check out our 2016 Guided Tours today!