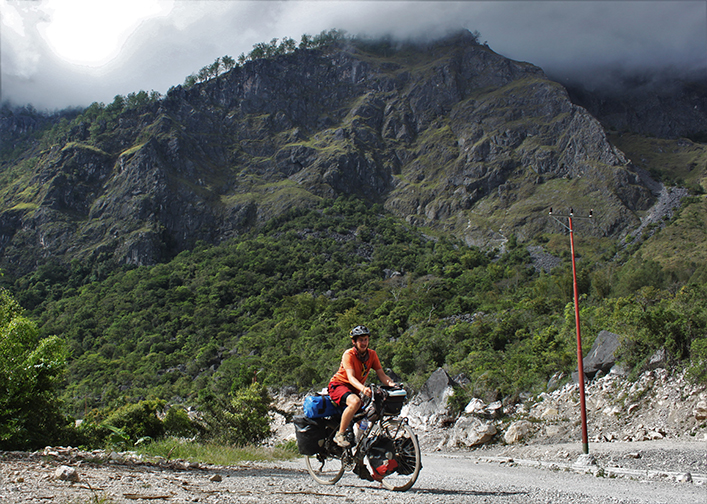 “You have overstayed your visa.”

The Indonesian border guard gave me a stern look and my heart sank. I’d counted my 60 days in Indonesia over and over again to make sure I’d reach the border with Timor-Leste on time.

I didn’t need to finish the sentence. My face must have betrayed my dread, and the official and his colleagues all burst out laughing. Not funny. I had counted correctly. It was the last day on my visa, two months since I’d arrived, and after they’d finished chuckling at my expense, the passport was stamped with a wink, and I pedaled over the border and into the eastern half of the island ...

Welcome to Timor-Leste: This is Southeast Asia’s youngest country, tucked away at the far corner of the Indonesian Archipelago, and a land I knew almost nothing about it other than it sits just 500km north of Australia. It would be my final spin on the continent of Asia.

The road leading up to the Indonesian side of the border was a neat asphalt affair, snaking down from the mountains to the ocean. Here on the Timor-Leste side it crumbled away at the edges, lined by cracks that rattled my bicycle. The ground was a dusty red, and simple wooden homes leaned against each other by the beach under tall coconut trees. 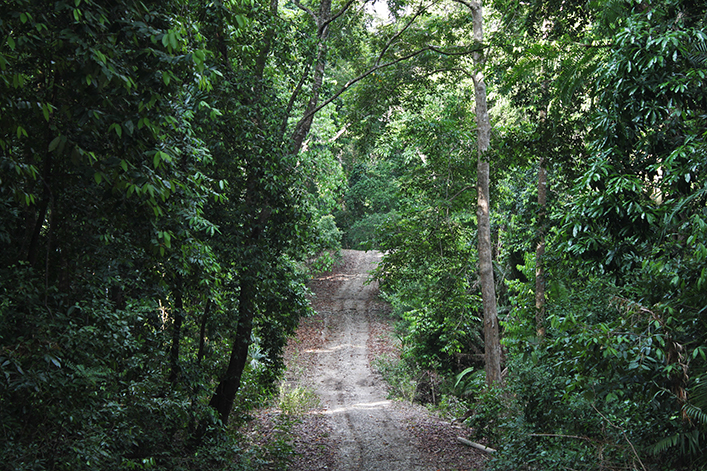 I stopped in a small shop to buy some cold water. A gentle breeze blew in from the coast but it wasn’t enough to stop me sweating in the humidity. The shop owner greeted me in English, counted out the price in Bahasa Indonesia, and then thanked me in Portuguese. There was fresh bread in the shop, something I hadn’t seen in a long time. There were even a couple of bottles of wine on the back shelf, another thing I had not seen in mostly-Muslim Indonesia. Whereas the Dutch had controlled much of the rest of the archipelago, sandalwood-rich Timor-Leste had been a far corner of the Portuguese empire. Things were certainly different here.

The following morning, I reached the country’s capital, Dili, celebrating the 30,000km mark of my bike ride in the 35th country of my tour. My legs felt good, so I turned my back on the sea and pedaled up into the mountains. 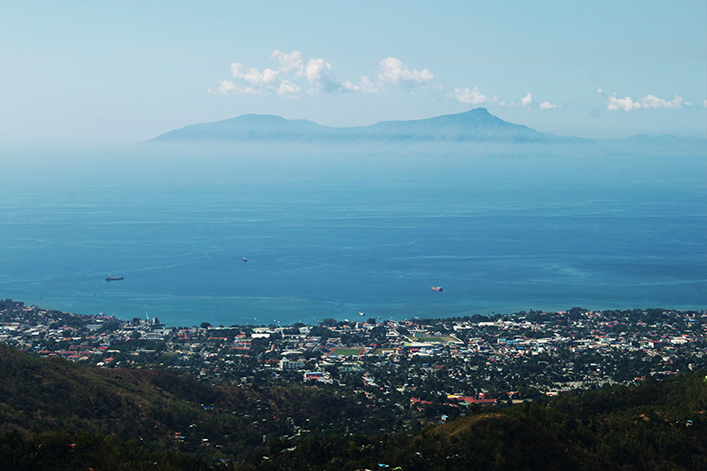 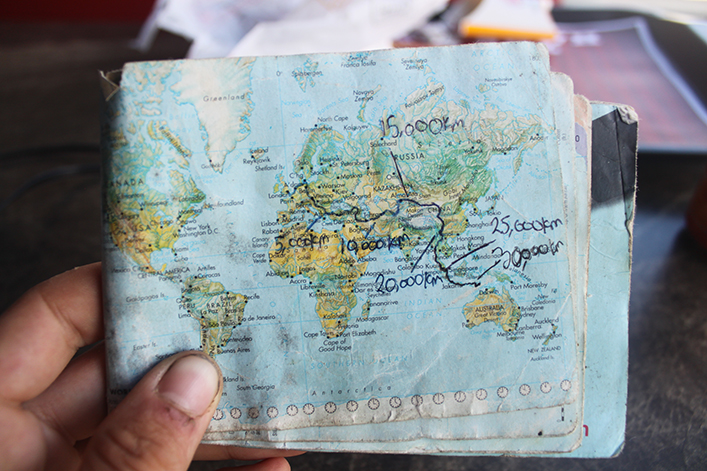 I had my sights on Mt Ramelau, the island’s highest peak. It was an exhausting climb from the coast to the summit almost 3,000m above sea level in just 60 miles. I parked my bike in the village of Hatu-Bullico and hiked the last few miles to the peak. I arrived just before dark, pitched my tent, and felt relieved that I’d had the foresight to bring my coat.

From the summit, you could see both sides of the island. I was the only person up there and had the sunset all to myself. In the morning, I sat outside my tent wrapped up in my sleeping bag and watched the sun rise from the other side of the world with a coffee in my hand. The stars slowly faded and the mountains began to creep into focus through the orange light, dark shadows growing out of the night sky into rounded peaks. 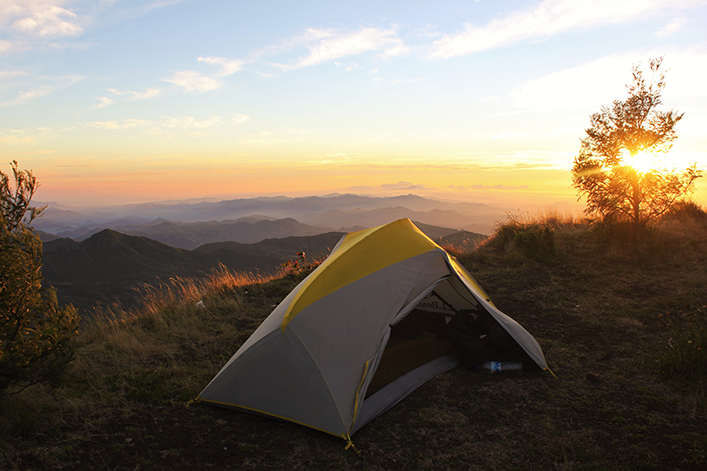 By the time I returned to the bicycle, I felt very silly for having used my last water on a morning coffee. The sun was out and the walk back to the village had been a very thirsty stroll. I filled up my bottles from a stream and had a wash, much to the amusement of some local women who’d turned up to do their laundry, before continuing down the mountain. The south side of the island was a very different environment. The north coast had been dry, but here it was lush and green with thick forests brushing close to rugged beaches. The road along the coast was in a dire state. It took me about three days to cover 60 miles between towns, pushing long sections over crumbly tracks that meandered up and down through the jungle.

The villages were simple affairs. Wooden houses perched on stilts with conical thatched roofs. I’d pause at the communal water pumps to fill my bottles and return to the “road” with an army of curious kids running alongside until too tired to keep up with my bicycle. I was glad to have beaten the rains. When the wet season arrives, this road becomes impassable in places and villages become cut off from the rest of the country.

It was often hard to find a quiet place to camp. At the end of the day, I was often exhausted from the attention I attracted and would seek out a place to camp, hidden out of sight. Unfortunately, that was often difficult, and I’d often stop in a village before dark and ask if I might be able to pitch there for the night. It was never a problem, and I was sometimes invited to sleep inside one of the homes. On this occasion, I’d pedaled back up into the hills and arrived in a Fataluka village, one of the many ethnic groups within the country, where a family invited me to stay with them. 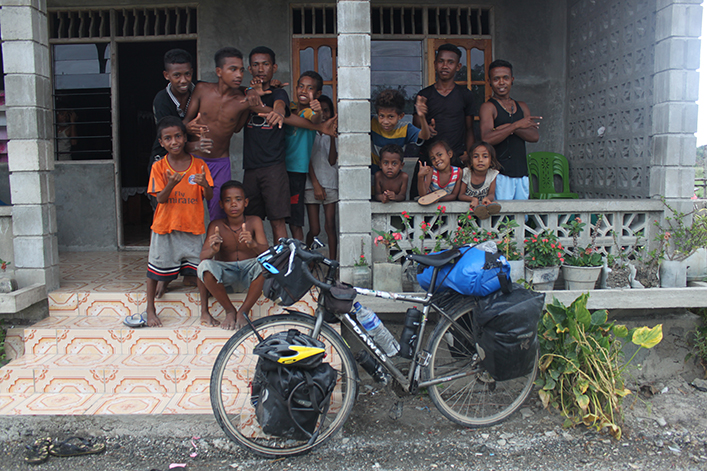 Traditional Fataluka homes are quite remarkable. They are built up on stilts, with a narrow “box” room headed by a huge thatched roof that ends in a pointed tip. We sat up drinking outrageously thick coffee and chatting away in an awkward mixture of Indonesian and English with plenty of charades. 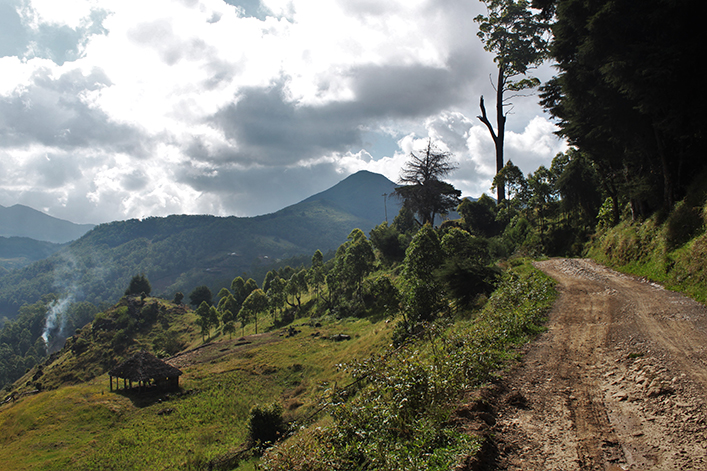 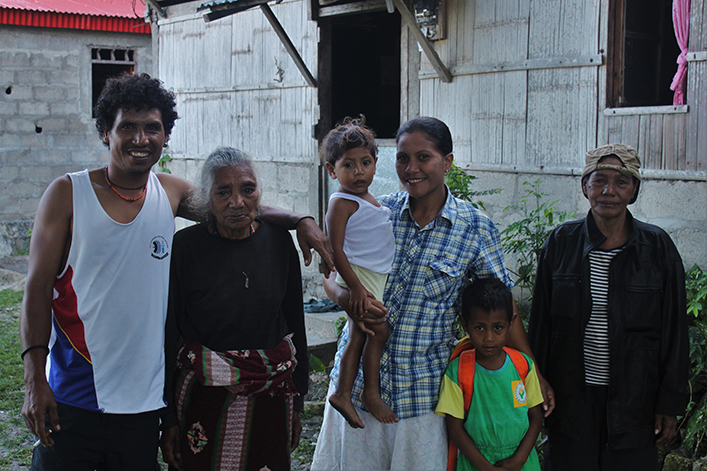 Most of the older generation speak Bahasa Indonesia as well as Tetun, the national language, and their own local dialect. Levels of English and Portuguese are also surprisingly high. After the Portuguese left the country, Timor-Leste declared independence, but the Indonesians invaded in 1975, occupying the entire island for 25 years. When the Indonesians finally left, they went on a departing rampage, crippling the new country’s infrastructure.

For a long time, I’d been eyeing Tutuala Beach at the eastern end of the country. Timor-Leste, also called East Timor, means “east east,” whichever name you use. To reach the eastern tip of “East East” seemed fitting, especially as it was the closest to Australia I could possibly get without flying from my home in the U.K. 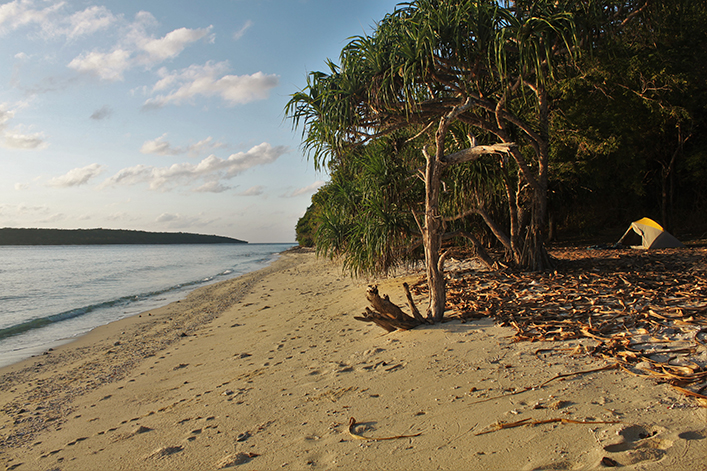 Reaching the beach meant navigating a horrendous trail down from the mountains to sea level. The descent wasn’t too hard, but the return took about three hours to cover five miles, pushing my heavy bike up the rocky track.

Was it worth it? Absolutely! I pitched my tent by the beach and fell asleep listening to to the lapping waves. It was the paradise from Southeast Asia’s holiday brochures — a palm fringed beach with turquoise water and creamy sand. Once again, I had the place all to myself. 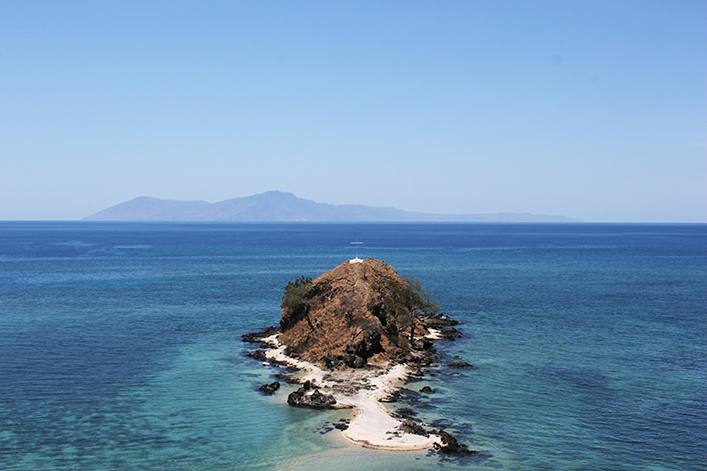 In the morning, I paid a local fisherman to take me over to Jaco Island which sits just off the coast. The uninhabited island is considered sacred by the Timorese and there is certainly something magical about the place. I spent a couple of hours on the deserted beach while my taxi-driver killed time fishing in the shallows, catching huge fish with enviable ease. I squinted and looked south for a glimpse of Australia but all I could see was blue and a fine line at the horizon dividing the sea from the sky. It had taken me 18 months to cycle across Asia and I couldn’t think of a more beautiful way to end my time on this continent ...

This October 2016 adventure in Timore-Leste is part of Jonathan’s current around-the-world ride. He left London in January 2015 and has cycled 36,000km from the U.K. to Australia. After a few months break for work, he is just about to begin the final leg of his trip across New Zealand, the U.S.,  and back to Europe. 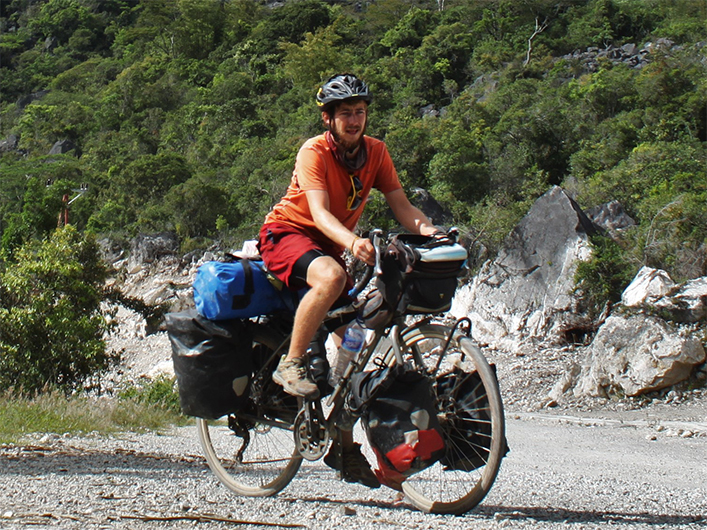