Over Adventure Cycling's 40-year history, this work has resulted in many route changes, minor and some major. The Routes and Mapping department tracks all route feedback and when a strong enough case presents itself, the process of making a route change begins.

Over the next several weeks, I will describe three such situations and their resolutions. This week, we discuss a reroute conducted on the Great Rivers South Route in Missouri.

Over the years, we had been hearing some concerns about the growing traffic issues in Missouri through the Ozark Mountains, mostly due to a lack of shoulders and more trucks hauling ore. The issue rose to the top when a Life Member contacted us. He had been riding the Northern Tier and changed his route to come to Missoula, expressly for the purpose of sharing his unnerving experience on State Route 185 between Sullivan and Potosi, Missouri. Not only was he frightened by the actual route, but he encountered a sign that indicated a high number of fatalities on that stretch of highway.

We took this as our final cue and began the process of changing the route.

There is now an entirely new route beginning just east of Sullivan all the way to Cherokee Pass. Unfortunately, we still use a 6-mile stretch of SR 185 east of Sullivan by dint of there being no other paved roads that go through in the area. However, the new route is slightly more direct and about 50 miles shorter, and safer.

The roads used in the new route continue to be narrow and in places have windy, short steep climbs with limited sight distances. This is the nature of the roads through the mountains across Missouri. Also unavoidable is an 11-mile stretch of rumble strips on SR 47 and 21.

A bonus of the new routing is it now intersects the TransAmerica Trail at Farmington, the bicycle travelers destination of some renown in Missouri, with their converted jailhouse hostel, Al’s Place. 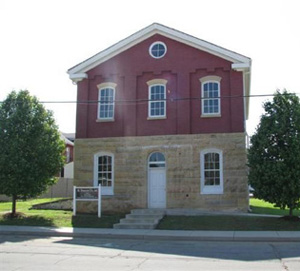 This is what our route researcher and tour leader, Sue Davendonis, had to say about the new route:

"The area was once very busy with lead mining. You can see mining history in the towns and in place names along the route: Lead Belt Golf course, Leadington, Mineral Hills ... In Bonne Terre, you can tour the mine that was once the world's largest producer of lead ore. There are walking tours, boat tours, and scuba diving. There are also mining reminders in the state parks." 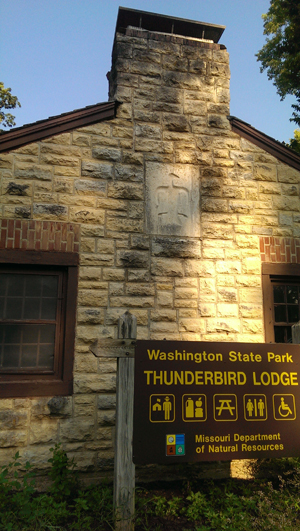 "Missouri State Parks along and near the route include plenty of history and scenery. For example, Washington State Park has scenic views of the Big River and the Ozarks, historic stone structures built by the African-American Civilian Conservation Corps, and even petroglyphs." 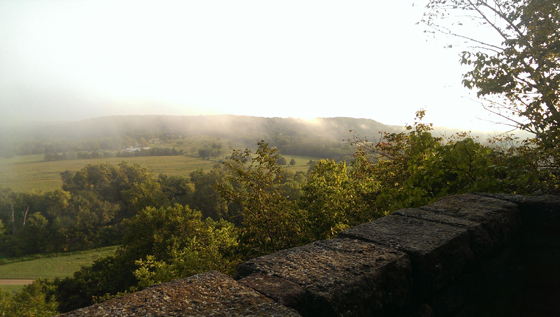 "Certainly, no trip of mine is complete without looking for some ice cream. In Desloge, I found Lix Frozen Custard on Bus. US 67. Excellent! There is also one in Farmington.”

So if you want to take in these rivers, climbs, historic sites, and frozen custard for yourself, this reroute is found on Great Rivers South, Section 1 map (2015 version) now available for sale.

We bought maps concerning Great River South many years ago (2010) and are ready now to start (from France). Surely some routes have been modified. Could you help us to update our stuff ? Thanks a lot and see you maybe a day.

For maps of that age though, I would seriously consider buying new maps.

Better custard, in my opinion, is General Custard's Re-Treat which is very near Lix off 67 Hwy on Blake Rd. Order the drumstick. Chocolate covered custard with pecans. Only take cash or check; no credit card. Only open during summer months. I'm originally from that area.

The interactive map reflects the new routing. The pdf should be up by the end of the week. Thanks for asking!

When will the overall ACA Route Network maps (both pdf and interactive) show the new routing?