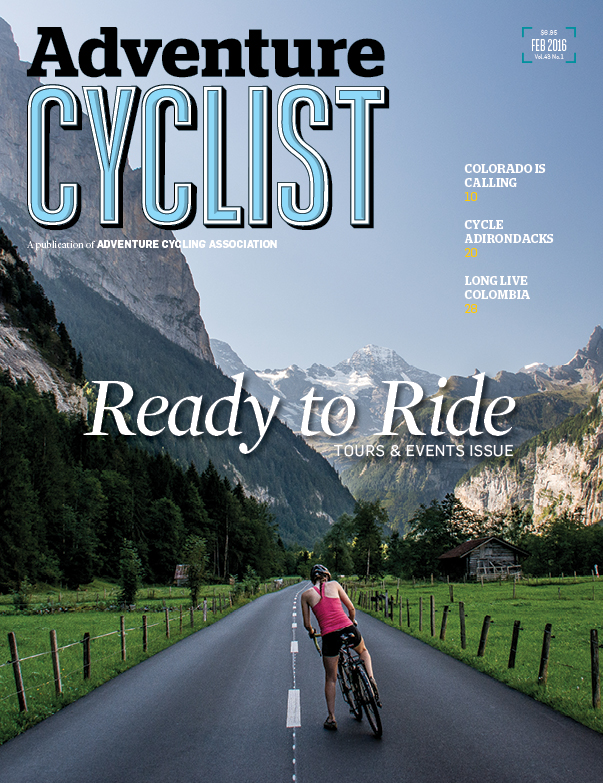 Producing the February issue of Adventure Cyclist is always a challenge. First off, it’s a big one at 68 pages. Second, it’s due at the printer on New Year’s Eve, so the holidays wreak havoc on schedules. And third, it always feels a little like staring down the barrel of a cannon, being the beginning of seven consecutive monthly production cycles that won’t let up until we ship the August/September issue at the beginning of July. But here’s the thing: all those factors conspire to make the February issue a real tone-setter for the whole volume. And Volume 43 is off to a great start.

We begin every year with the annual supported touring and events issue, focusing on rides with a little more help than the usual self-supported fare we cover throughout the year. While this occasionally results in a few letters to the editor admonishing our lack of adventure, it does reflect the type of touring a majority of our members enjoy. And who can blame them? Having someone else handle logistics, lodging, and even luggage makes travel by bike more comfortable and more accessible for many. Plus, these sorts of groups are fun.

In fact, I wrote a brief feature in the February issue about just such a group that I joined on an Adventure Cycling tour last fall (“Ferry Us Along”). The week-long inn-to-inn trip on Washington’s San Juan Islands featured great food and excellent cycling, but the big surprise was how much my wife and I enjoyed riding with a group. We’d never traveled at any length with a group of strangers and were hesitant about whether such a setup would grate on our self-sufficient nerves. The reality was quite the opposite, and the people we rode with were by far the best part of an already excellent trip. It might’ve been our first group tour, but it won’t be our last. 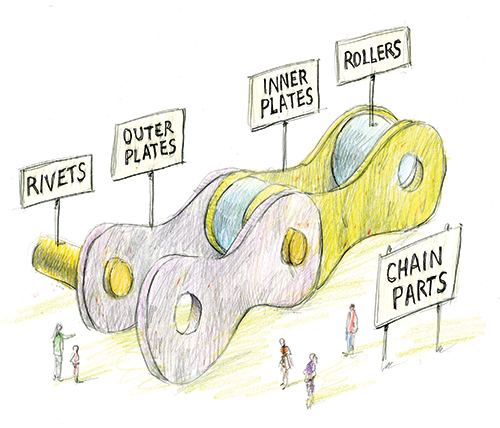 A big highlight of the February issue is the return of the “Cyclesense” column written by our new technical editor, Nick Legan (and kicked off with the above illustration by our own Greg Siple, which originally ran years ago alongside a column by the one and only Sheldon Brown). Though we haven’t written a great deal of technical content in the last few years, the history of tech writers at Adventure Cyclist gives any cycling magazine in the world a run for its money. John Schubert wrote “Cyclesense” for years, and “Mechanical Advantage” — now written by Bicycle Quarterly Editor Jan Heine — was first penned by Sheldon Brown. Now Nick, a former professional mechanic, bike shop owner, and tech editor at VeloNews, takes the reigns and has already made huge strides in our tech coverage for 2016. While you’ll only see his column in the February issue, we’re currently in pre-production on our April issue Cyclists’ Travel Guide and Nick’s contributions have been invaluable there. I’m very excited about that issue landing in your mailboxes in just a few months time.

Until then, though, enjoy the first issue of Volume 43, complete with an extensive listing of event rides around the country, a sneak peek at our 40th anniversary coffee table book America’s Bicycle Route, features from Colombia, New York State, and Colorado, and a pair of intriguing Road Tests. In fact, you can get a taste right here with a short video, below, about the Elephant Bikes National Forest Explorer from our own Patrick O’Grady.