June 6, 2017 - Whitney Ford-Terry is a tours specialist at Adventure Cycling. 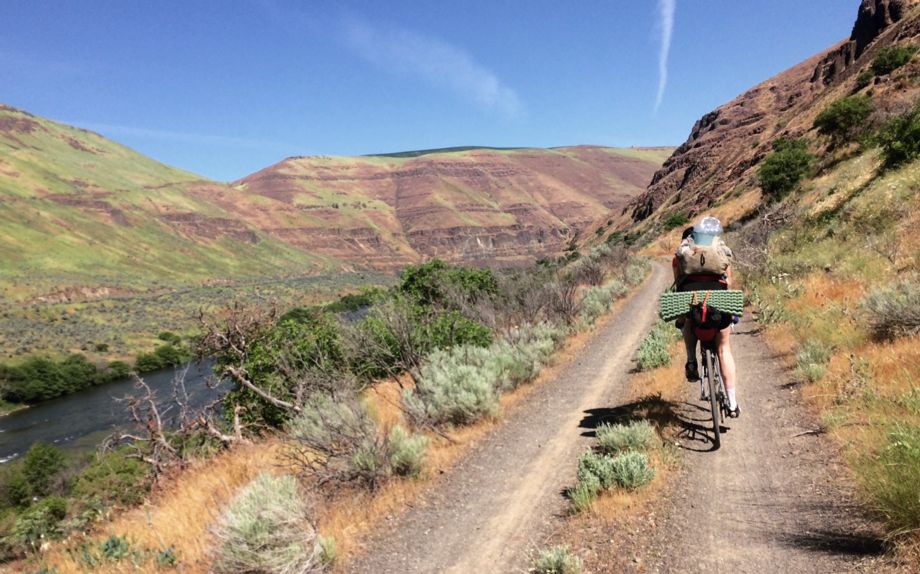 Oregon is a great place to ride a bike. But you probably already knew that ...

Last week the beauty and diversity of Oregon’s landscapes lured Annette and I out west to The Dalles, Oregon for a weekend bike tour with friends new and old. We loaded up the car and headed out after work to camp out at a hot springs along the way. Splitting the drive in two with a good soak and a hike was just the thing to keep us sane on the drive. 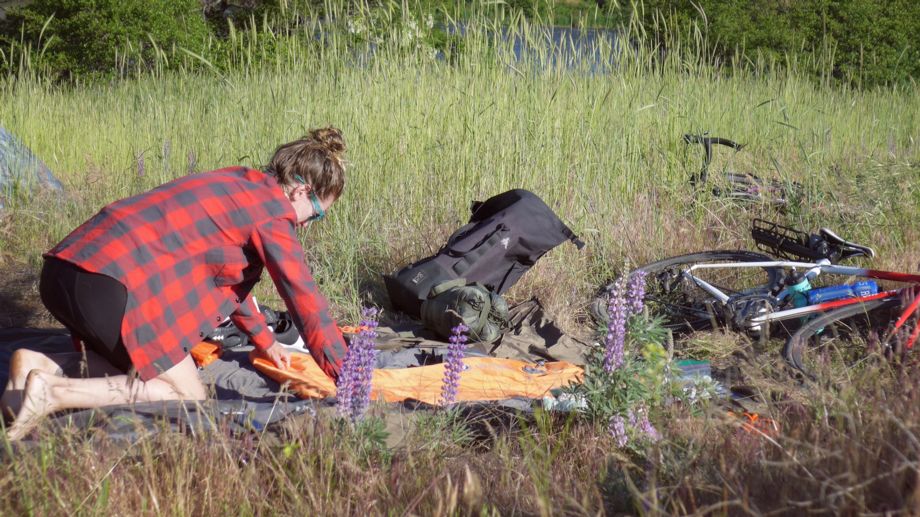 We met up early with some folks from Portland the evening before the big ride. Since the campsite was full, we opted to pack up our bikes and head down the trail for dispersed camping a few miles up the river. The sky was exceptionally clear when we rolled into camp sometime after 9:00 PM so we stayed up to watch the trains from across the river and hone our amateur cosmology skills by trying to identify constellations with our night sky app. 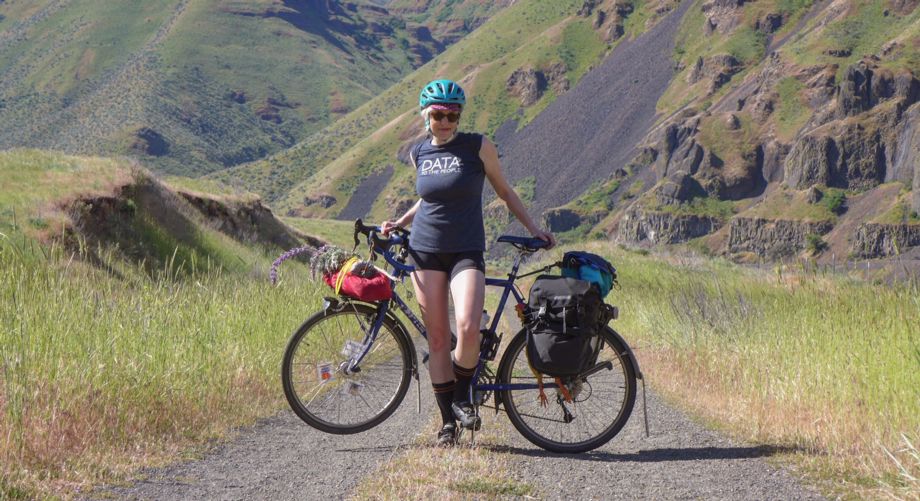 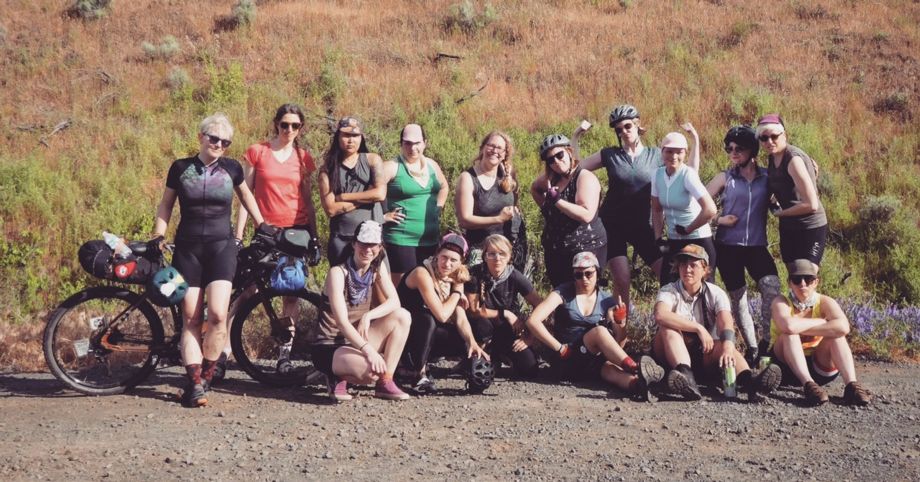 The next day we broke camp and headed west to meet the rest of our group in the parking lot of Holsteins Coffee Co. That morning eighteen women from all corners of Montana, Washington, and Oregon arrived to ride the Dalles Mountain 60, en route to spend the night camping along the old rail trail in the Deschutes River State Recreation Area. This casual bike overnight was organized by Marley Blonksy, a Seattle-based, adventure cyclist who had done the ride before, but wanted to revisit the route with a group of gals as a bike overnight. It was also a secret destination birthday party — nice one Marley. 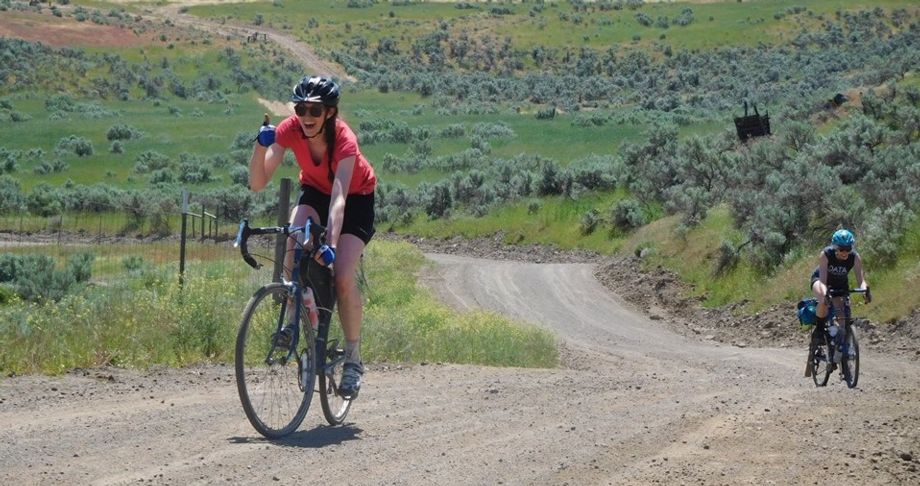 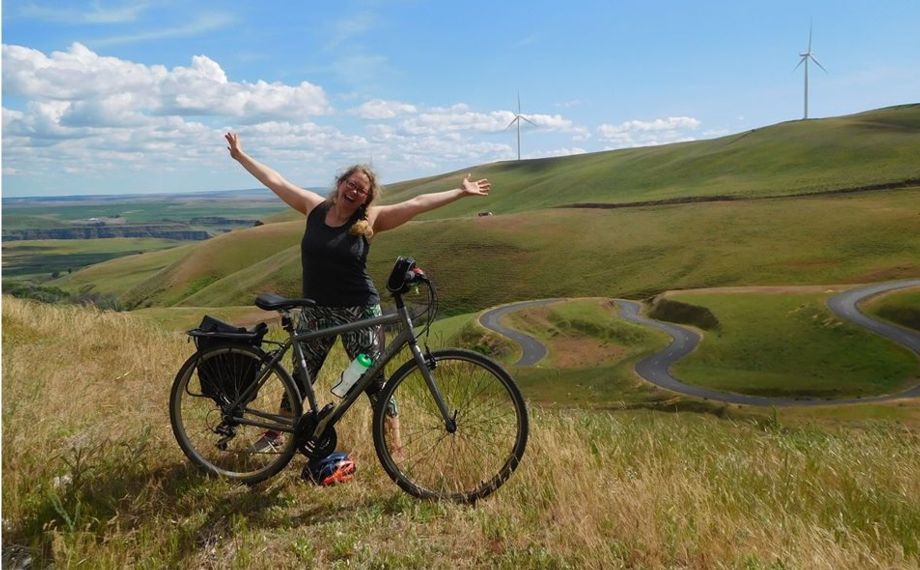 While some had the foresight to shuttle their camping supplies to the trailhead, there were a few in our crew who ended up hauling their gear up the banks of The Dalles and though the rolling hills and vistas of Columbia Hills State Historic Park. Why not, its good training right? Besides, traveling with everything strapped to your bike can have its roadside “snackvantages” — like freshly sliced chili-lime salted cucumbers. And hauling around everything you need to make fireside-roasted red peppers, stuffed with goat cheese and wild harvested sage, can really help you work up an appetite. 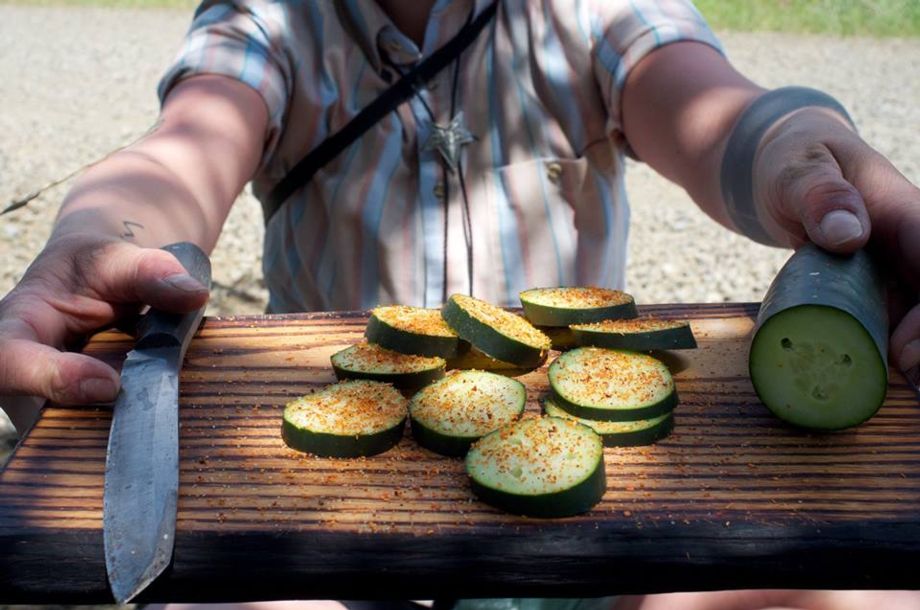 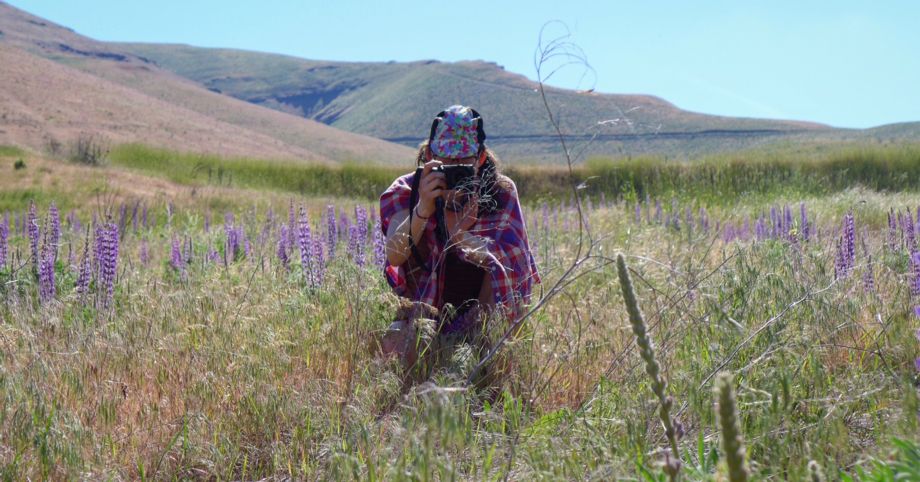 There are also advantages to NOT carrying your gear — like breezing up hills or riding unencumbered through the landscape. Maybe you want to eat roasted, red peppers AND ride pannier free with all your friends? I might know just the thing — an Adventure Cycling Fully Supported Tour!

Just past The Dalles to the west, you’ll hit the show-stopping seascapes of the Oregon Coast. Starting in Eugene, our Oregon Coast tour takes you from craggy coastlines to backcountry roads as you weave your way through Oregon’s many scenic landscapes en route to Florence. Enjoy catered meals, motel options, as well as lunch and water stops. And if Oregon isn’t on your list, check out the Sierra Sampler or C&O Canal/GAP this September.

See you on the road! 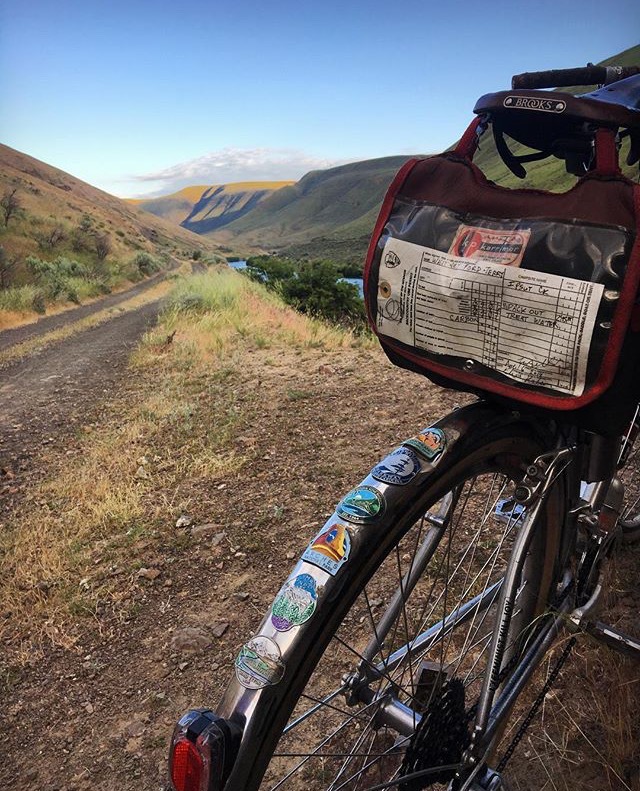 Thanks for the photos! For more images from this tour check out #galsatthedalles on Instagram.