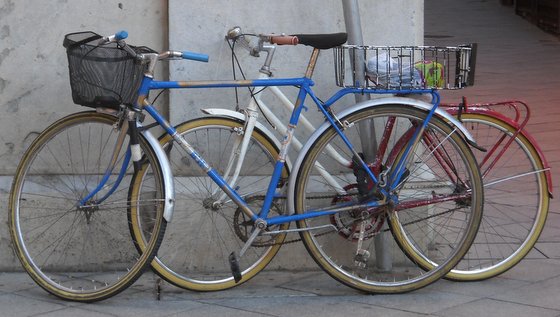 Life is full of circles. Maybe that's why traveling on two air pressure filled rubber circles is such a magical way to see the world. 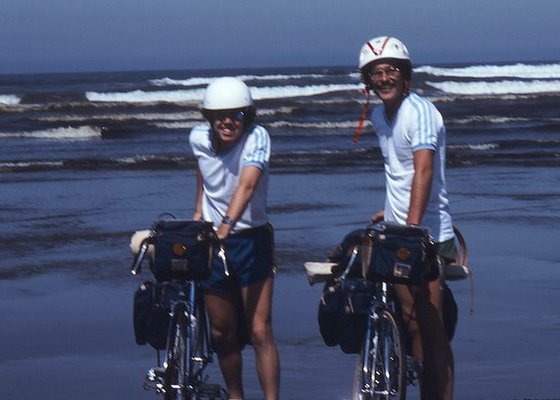 Thomas became a high school biology teacher. He is still teaching today (many years later). Each year he does a presentation of our bike trip for his students. 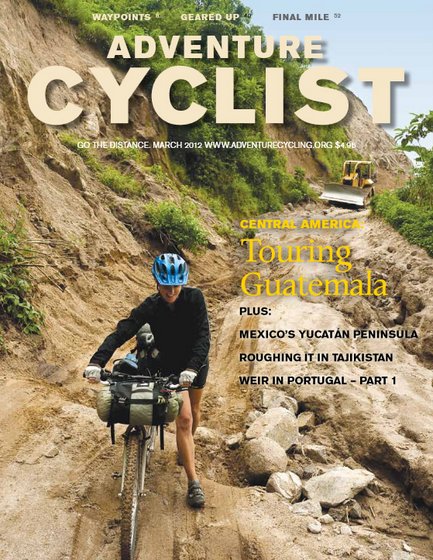 In 1996, after lots of bicycle travels, I was asked to be a columnist for Adventure Cyclist magazine.

Last year, I was approached by Zeke Gerwein, who had read my books and articles, and asked to be part of his Mexico to Canada trip. He needed adult guardians, since he was 13. So I joined him for a part of his trip. 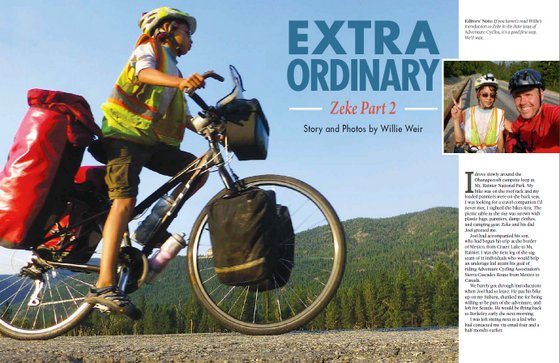 I wrote a feature about Zeke and our travels for the magazine. This summer, Zeke left Delaware on June 8 to cycle across the country from east to west. 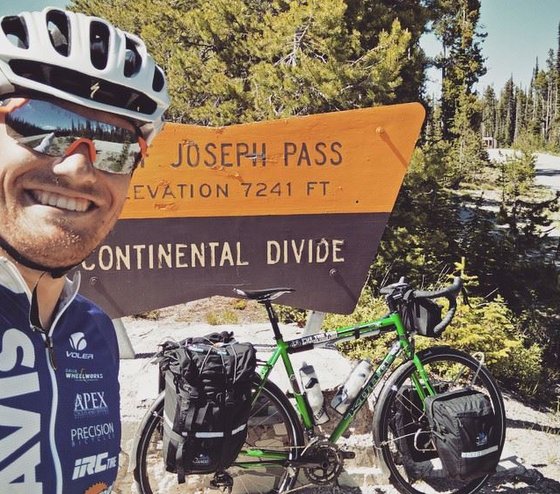 Derek Pell had Thomas Schroeder as a biology teacher ten years ago, and was inspired by Thomas's annual presentation. This summer he decided to bike across the country from west to east. En route in Kansas, Derek read the article I wrote about Zeke in Adventure Cyclist. 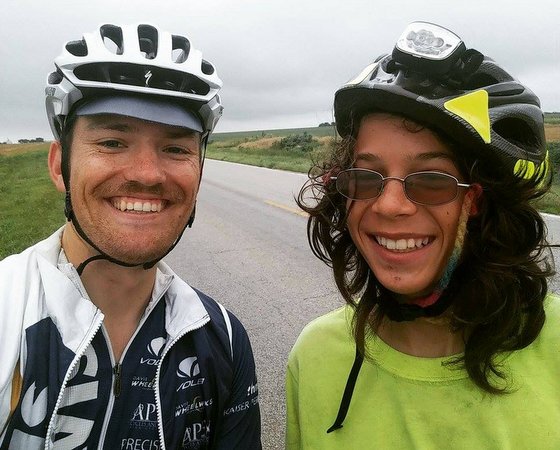 The very next day, pedaling along a country road in Kansas, Derek met ... you guessed it, Zeke Gerwein.

A circle, 34 years in the making, was complete.

What a great story! Goose bumps and tears from Seaside!