September 5, 2017 - Whitney Ford-Terry is a tours specialist at Adventure Cycling. 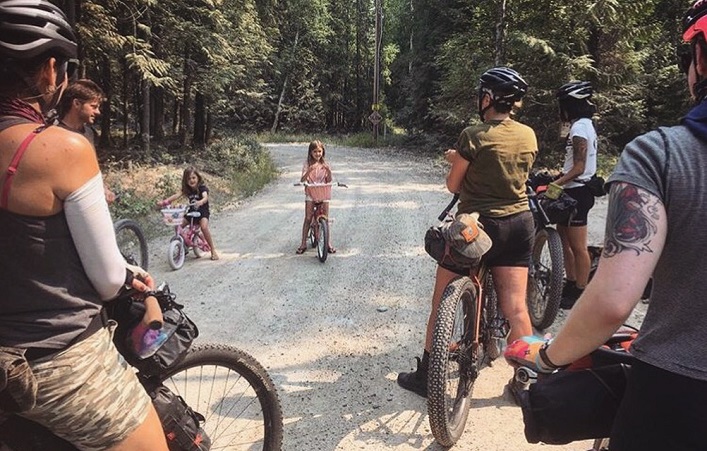 Since moving to Missoula several summers ago, I’ve been riding short sections of Adventure Cycling’s Great Divide Mountain Bike Route (GDMBR) whenever I get the chance. It started last summer with a group ride from Banff to Missoula for Adventure Cycling’s 40th anniversary and continued this summer with a several weekend detours back out to the route. 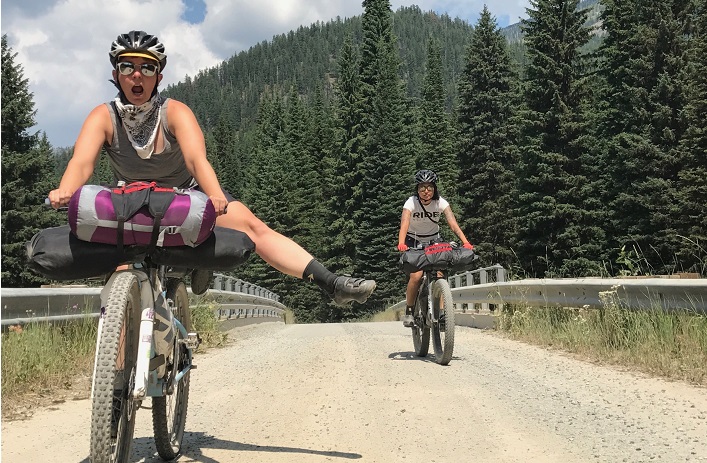 Mostly, I’d ride or hitch out to the trail for a day or two to try and visit with friends who were riding the the route from out of town, like Lee Craigie and Rickie Cotter. They were riding in this year’s Tour Divide race, a race on the GDMBR not associated with Adventure Cycling, and shooting a short film for The Adventure Syndicate when we met on the trail near Seeley Lake, Montana. 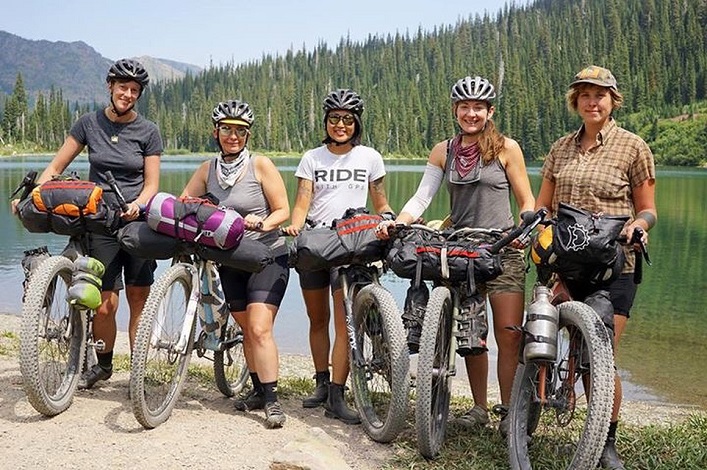 As I worked my way down the GDMBR map toward Wyoming, I realized I was still missing a section of the GDMBR. Last summer, a small band of kooks and I decided to peel off the route to snag a few huckleberry bear claws at the Polebridge Mercantile, a magical little spot just outside of Glacier National Park. Unfortunately, that meant we missed Red Meadow Lake. Not that I’m a purest by any means, but I’d heard great things about that section and still wanted to ride it. 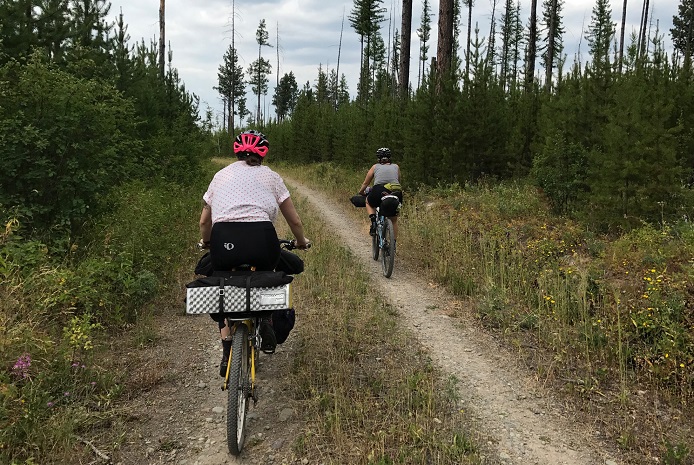 Luckily, the good folks over at bikepacking.com recently published the perfect three-day loop that would not only route me through the Red Meadow Pass section I’d missed, but continue on through one of the oldest dirt roads in Glacier National Park with a little stopover back in Polebridge for more bear claws.

Since the loop begins and ends in Whitefish, Montana, we were able to invite some friends from Portland and Seattle to join our Missoula co-hort by train — thanks Amtrak. Though I’d ridden with many of these wonderful folks in Oregon earlier in the summer, I was stoked to have Jocelyn from the Komorebi women’s bikepacking team join us for the weekend. We’d met last fall while I was gathering audio for a cycling themed installation at the Missoula Art Park and we’d been scheming up plans for an adventure ever since. 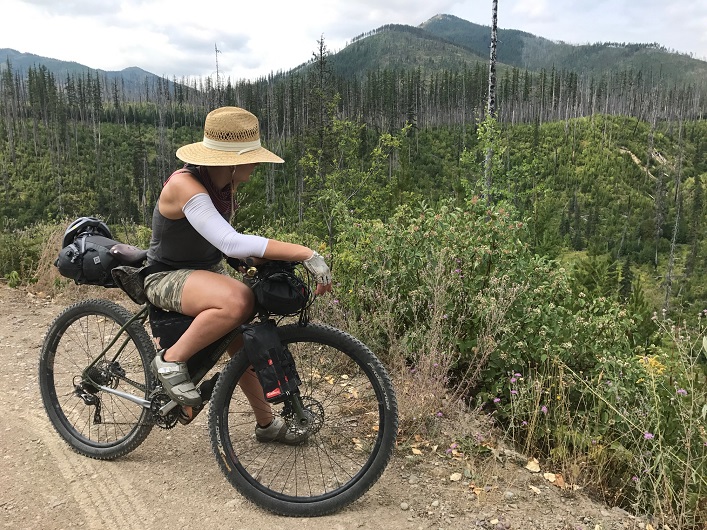 Caffeinated, packed, and ready to hit the road, the adventure coven rolled out of town for three days of some of the most stunning gravel grinding in Montana. I may not have been able to ride the length of the GDMBR this summer, but this felt like a pretty good way to celebrate its upcoming 20th anniversary in 2018. 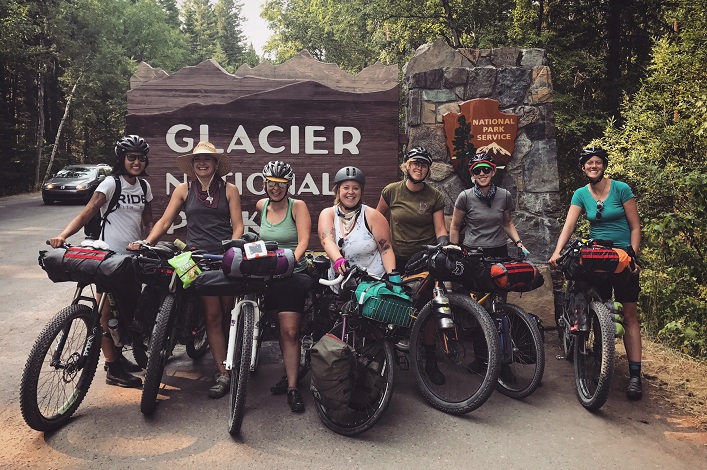 There is a band of us that ride parts of the Divide every summer. This year we start from Grants and head to Antelope Wells. It is with such anticipation and joy that I anticipate our ride every year.

Great short story! Hitting Polebridge AND Red Meadow in one ride is fantastic!