Going to the Sun Road and Logan Pass in Glacier National Park are jewels found on two Adventure Cycling routes — the Northern Tier and Great Parks North. I have long encouraged cyclists to be sure to time their trips on those routes to include this climb. Most years the pass is only fully open from about mid-June until mid-September so the window is pretty wide but does require some planning. 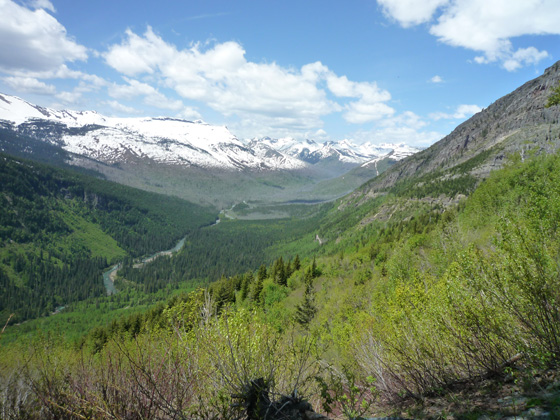 View of McDonald Creek from Going to the Sun Road

I had done this ride almost 20 years ago on the back of a tandem (on my first Adventure Cycling tour no less!) but never solo, so it was on my bucket list to do so. My friend Hans, from The Netherlands, was staying with us for a weekend in early June and was thrilled at the prospect of riding a piece of Montana's version of the Alps. My husband Rob saw the challenge as a good test of his early season training in preparation for his first self-contained trip coming up in August.

Living a mere 139 miles from the entrance at West Glacier, it was a crime that we had not done this sooner. Also, being so close, there was absolutely no reason not to take advantage of the car-free status of the road and ride it early. Glacier, like some other national parks, in recent years has been allowing cyclists to ride its most iconic roads in late spring as they clear them of snow and before they open to car traffic.

With the limited time Hans had, we planned our trip to happen all in one day. We set out from the house early enough to be parking the car at 11 o'clock in the morning. After a little limbering up and lunching, we took off.

The first few miles are a pleasant spin on nearly level roads. It doesn't take too long for the climbing to begin though. 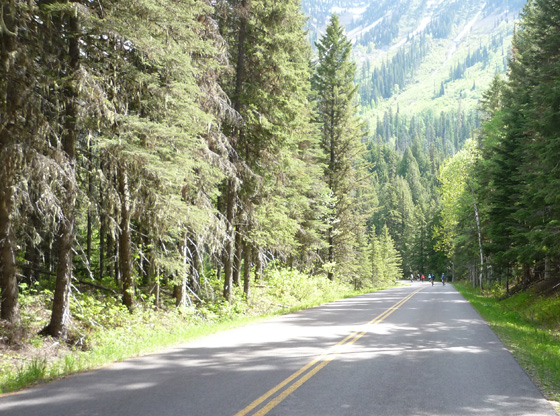 On the road just minutes, enjoying the flattest section of the ride. 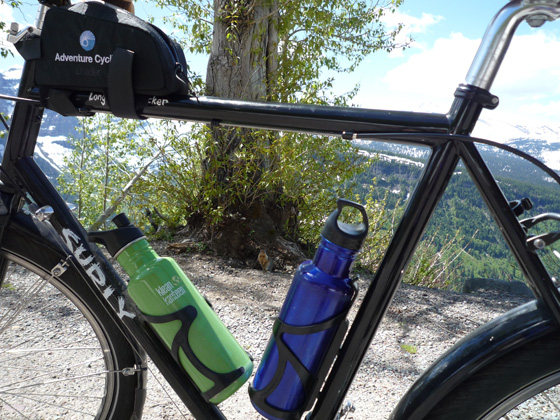 Little chipmunk at the base of the tree, wondering if I brought him any treats

Soon enough we were at The Loop mentally preparing for the real climbing that begins just around that hairpin curve. 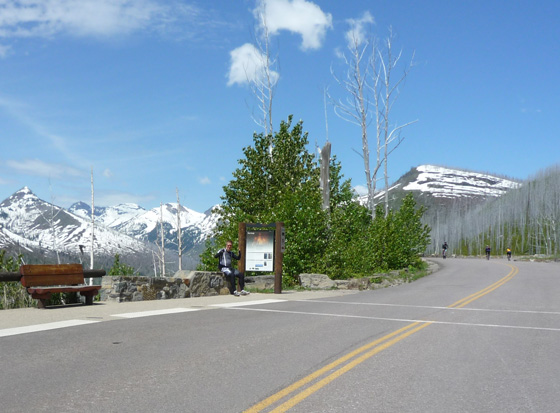 Hans, waiting for me at The Loop 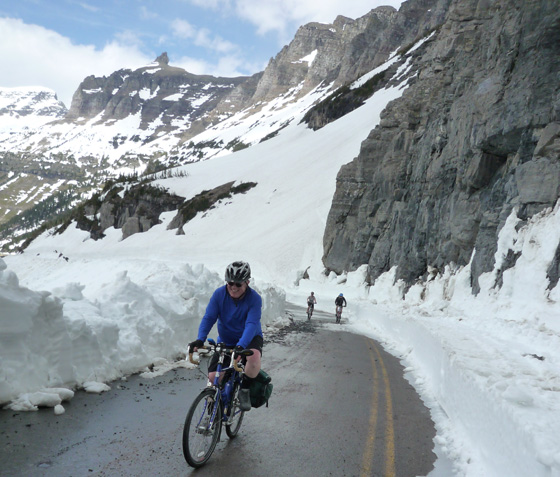 Rob arriving at the "top"

Eventually all three of us reunited at the snow moving machines just shy of the top, probably with about a half mile to go to the actual summit. 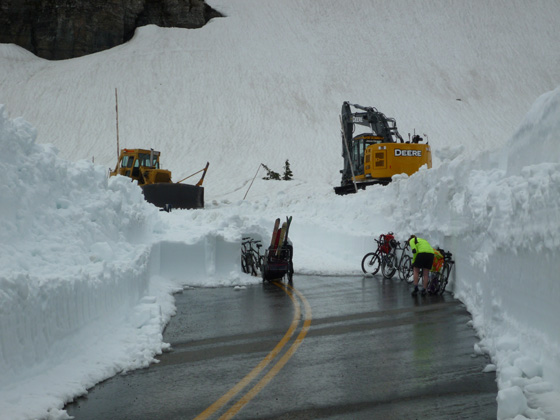 The end of the road for the day

Though the climb took me longer than I anticipated it would, I enjoyed every pedal stroke. In the absence of cars, it was like riding a separated bike path all the way up. The other cyclists — young and old, from jeans and flannel dressed to lycra clad, riding comfort and carbon fiber bikes — were courteous and happy to be riding together.

This little taste of riding in the pure mountain air was invigorating to experience so early in the season. The grin on my face lasted well into the next week. I couldn't help but tell everyone I saw how fabulous the ride was. Looks like this may become an annual event for my husband and me. In fact, I already have a couple of people in mind I want to talk to about joining us for the next edition. 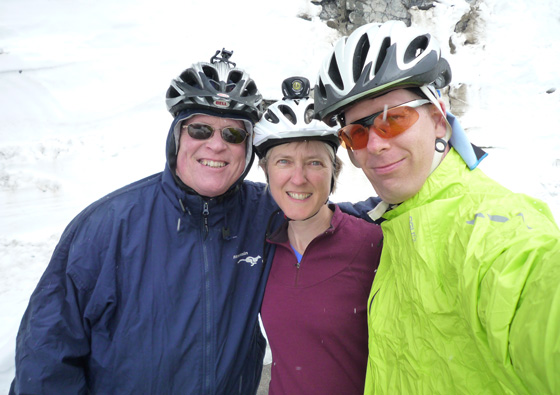 We made it! Rob, me, and Hans indulging in a group selfie

Fantastic! Is there a fixed schedule for the opening of the park roads to bikes, or a solid information source, that would allow planning a ride for folks who would come in from out of state?

This looks like such a great ride. Thanks for sharing it with us. On my bucket list for sure!