The Velo Orange Crazy Bar had not really been on my radar just yet, as I was waiting for the thicker mountain-rated variety, until I was given a chance to test out the current product. The bike that I chose to test it with had been a bit of a fit conundrum thus far. The stock setup suffered from being both too close and too low for a comfortable arrangement. 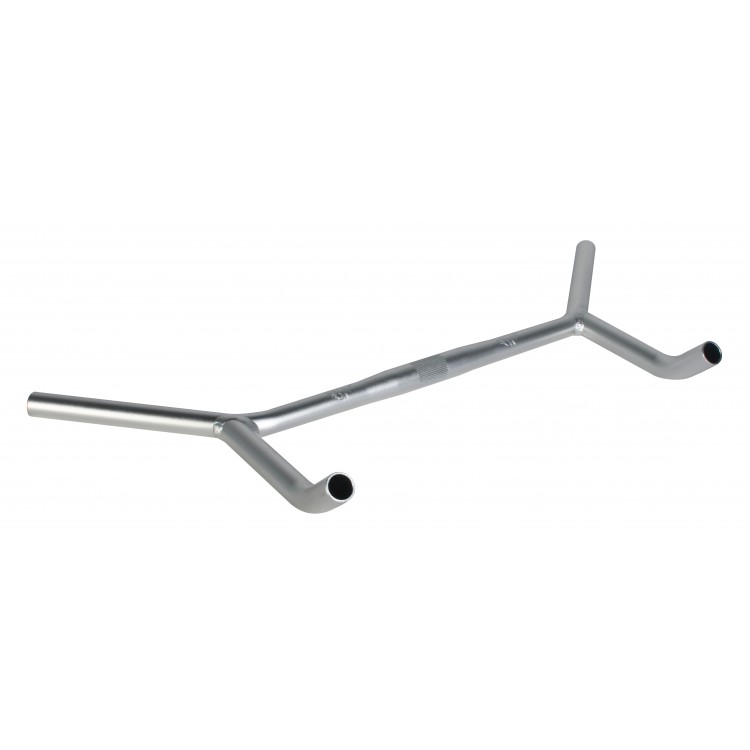 I’d begrudgingly returned to a threadless stem riser used years before on another too-small frame which extends the height at which the stem is mounted to the steerer. This, in conjunction with the Crazy Bar, gave me the height needed, as well as the extension for a more aggressive, wind-cutting position. 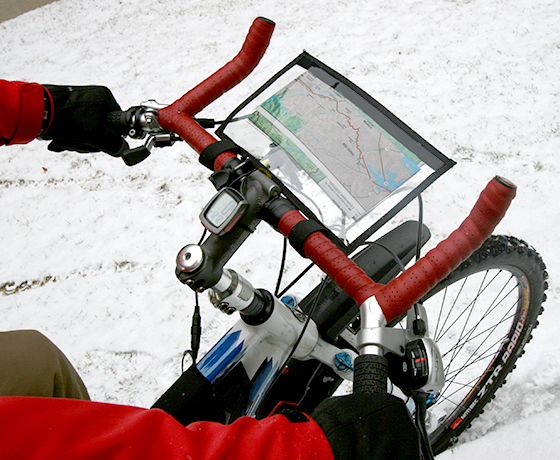 This bar has no rise whatsoever, so it will best serve to replace a drop bar for forward positioning similar to riding on the hoods. The forward extensions and the main bar are on the same plane; in other words, if the ends are level to the ground the forward extensions will be as well. I prefer to have the grip portions of a swept-back bar angled slightly down, while I like the top portions of a drop bar level. I must choose between the two with this bar as it is currently designed. 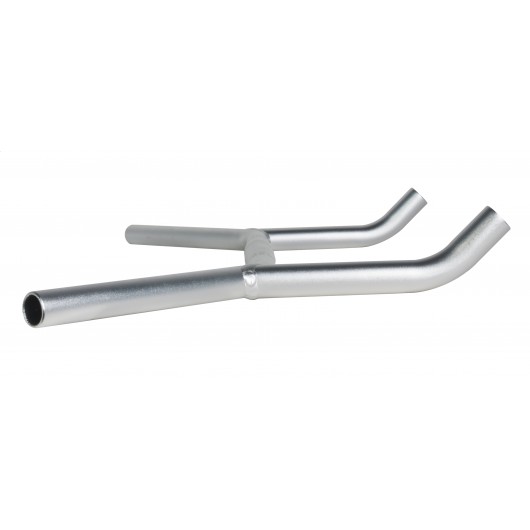 The flat and swept-back portions are 22.2 diameter, appropriate for flat bar components, while the forward extensions are 23.8 road lever-compatible. Apart from using an item like the Problem Solvers Cable Doubler, I don’t see a good way of mounting levers in both positions. I chose to set up flat bar controls as I spend the majority of time upright. 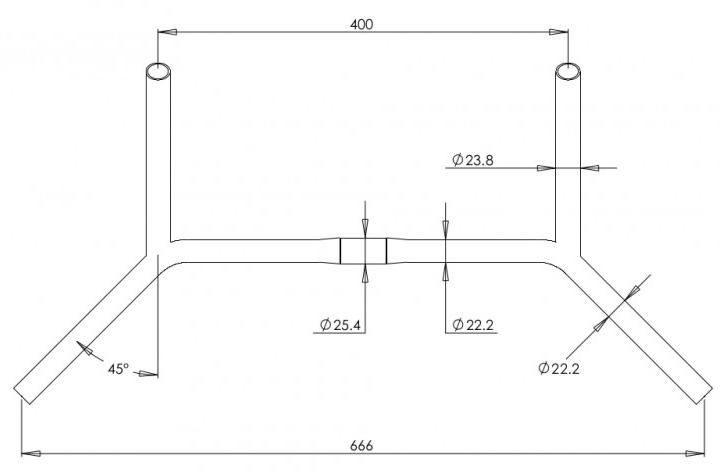 It just so happened those Hellgate Canyon winds were howling through Missoula with full January strength during my test period. Having the option of an extended aero position came in handy on more than one occasion. The width is a tad narrow for my taste but comparable to a stock drop bar on a medium frame. If they were much wider the swept back bit might be overly wide, so I think VO chose a pretty good medium ground in this regard. 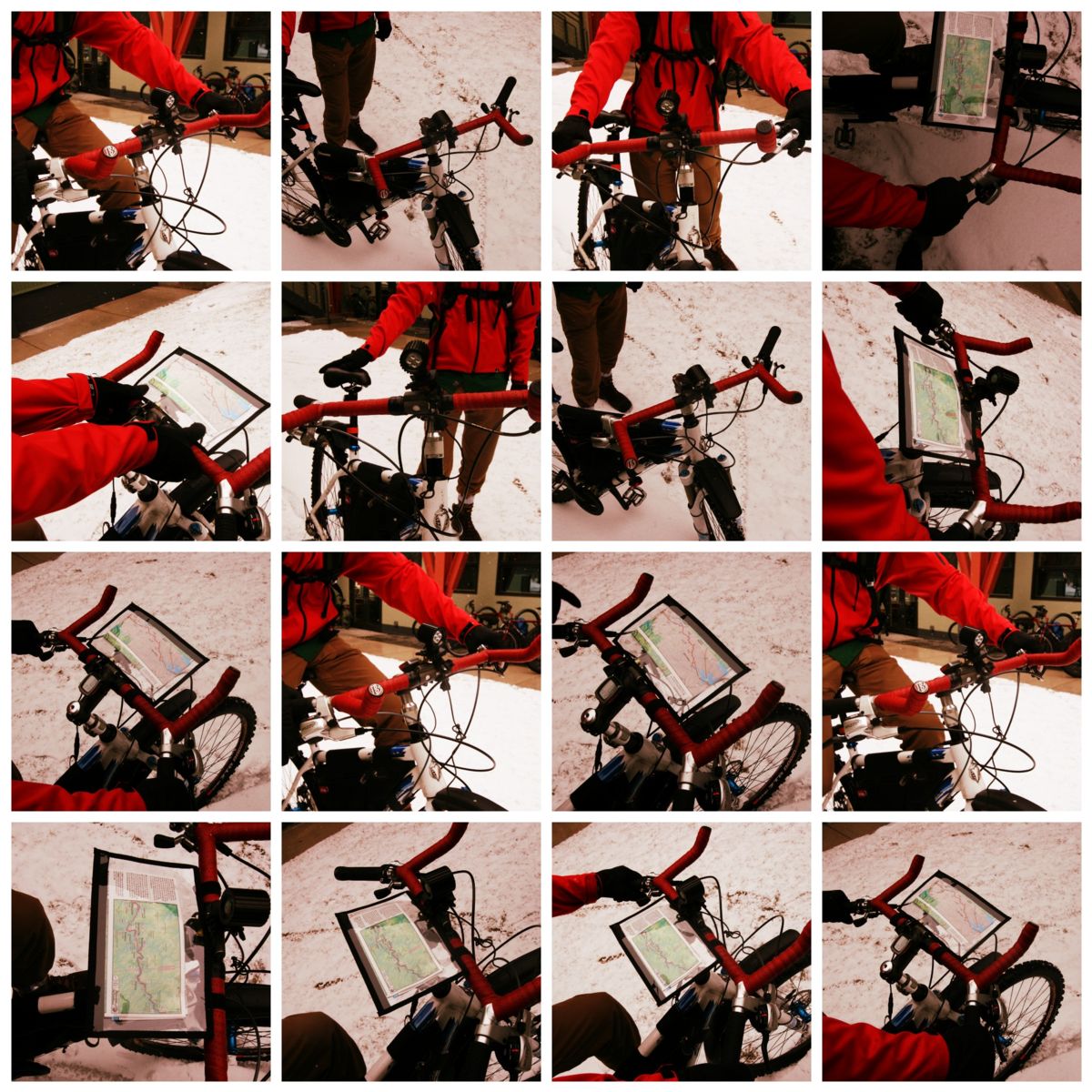 I’ve never had the opportunity to simultaneously rock full upright and aero positions on the same bar and, I must say, it’s quite the versatile product. While I didn’t do much off-road riding with the bar, Missoula Januarys offer urban riding conditions meeting, if not exceeding, the gnarliest singletrack. For long days in the saddle, variety in hand position usually results in happier wrists. I look forward to bikecamping and touring with this easily loaded bar.

Photo 1, 3, 4 courtesy of Velo Orange | All other photos by Rachel Stevens 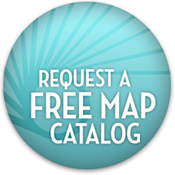 Hiya there. Nice ride! I just picked up this bar and I'm wondering about stem length. What did you use compared to a drop bar, trekking bar or flat bar? I was thinking shorter than my trekking bar to accommodate the bull horns but I'm wondering whether that's too far back for the sweeped back ends.