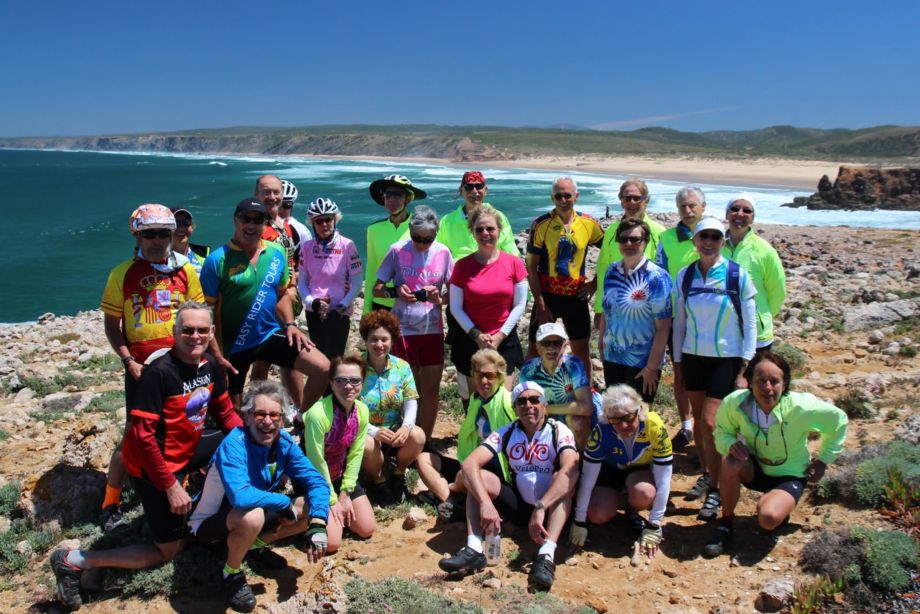 Tell us a little bit about your company and its history.

Easy Rider was conceived in 1985 after my wife-to-be and I biked coast-to-coast — separately! Nancy rode solo Seattle to Boston, while I was out leading a west to east TransAmerica Trail group for Bikecentennial, now known as Adventure Cycling. 5000 miles later we met at a contra-dance in Cambridge, Massachusetts, shortly after finishing our respective tours. In 1986, we ran our first tours together as Easy Rider Tours.

What services do you provide for bicycle tourists?

We offer van-supported, guided, multi-day tours in Europe and North America with an emphasis on the cycling and cultural experience. Of course, savoring the local cuisine goes foot in pedal with that — “Ride to eat & Eat to ride” is the slogan on our water bottles!

Our local tour guides have been a big part of our success; most have been with us for 25+ years. We stay in comfortable and personable small hotels and B&Bs, but our first priority is to build the trip around a great riding experience. I personally research every mile alongside our local guides, so it’s coming from a cyclist’s perspective. Since the beginning, our goal was to focus on a few great destinations so we could stay personally involved. Over the past 31 years, we’ve run tours in several countries, but really found our niche in Portugal and Spain, and of course here in New England.

We also offer self-guided tours for couples and families who want to be more independent and custom tour planning for groups of six or more. For several years now, we’ve run Portugal tours for the BAC (Bicycle Adventure Club). 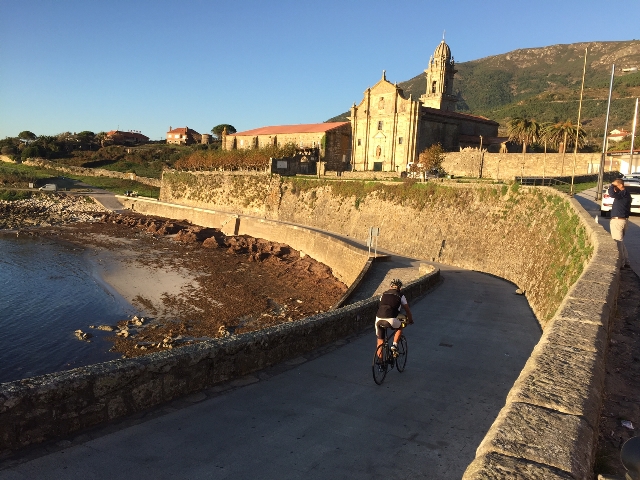 Why the name Easy Rider Tours?

Well, we were children of the 60s! Our concept was to make travel by bike easy to approach for newcomers. Back in mid-80s, I started offering classes at Adult Education centers in Boston and Cambridge on planning your own bike tour, bike repair, and self-contained touring. Those culminated with two-week tours offered in Nova Scotia and Ireland. Our name never meant the rides would necessarily be easy, or flat! On our new Douro wine country tour in Portugal, the typical day covers cover 25 to 50 miles with 2500-3900’ of climbing. Our trips are best suited for cyclists comfortable with 35 to 50 mile rides at their own pace.

Why Portugal? Is it a bike friendly country?

In the mid-80s two of our friends did a three-year, around-the-world tour on their tandem. Portugal turned out to be their favorite country in Europe. I started learning about it and made several exploratory trips, getting more and more captivated each time. For a small European country, Portugal offers an amazing diversity of landscapes, coastlines, history, culture, and 26 wine regions. Its people are charming and kind and the cuisine hearty, inventive, and delicious — who else has over 1000 recipes for preparing bacalhau (salt cod)?! Portugal’s always been off a bit off the beaten path for Americans, which added to its appeal for us. We intentionally decided not to focus on the better-known cycling destinations of France or Italy. After that, it became a specialty of ours. 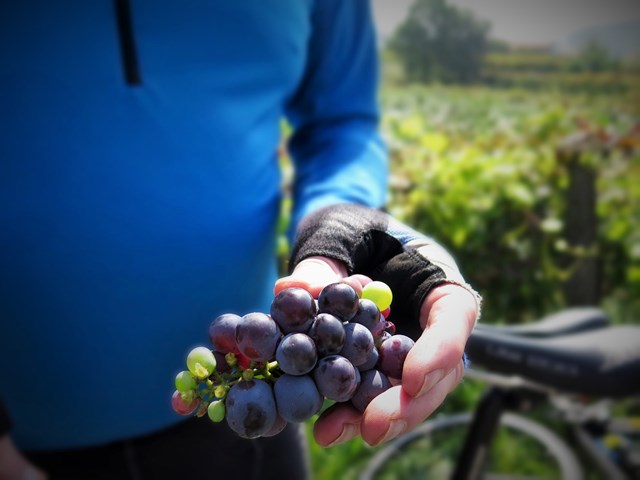 Why do you support Adventure Cycling through corporate membership?

It’s in our biking DNA! Nancy and my cross-country trips in 1984 were both greatly inspired by Bikecentenial’s grassroots beginnings in 1976. It’s great to see how Adventure Cycling has grown so much, and yet stayed true to its core mission of promoting travel by bicycle. But our excitement was really piqued when we learned about the 40th Anniversary celebration from Executive Director Jim Sayer in Concord, MA last winter!

What are your favorite things going on in cycling right now?

First, there’s a snowball effect of public awareness — cycling as a sport, exercise, transportation, a phenomenon (fat bikes!), a means of experiencing the neighborhood or the world, all leading to improved riding conditions, urban access routes, shared-use path development, and safer routes for kids on bikes.

Second, connectivity. Ridewithgps.com and the like make it easy to share routes with your friends, bike club, or the cycling community at large.

Third, the development of interconnected bike routes (such as the East Coast Greenway) and eventually routes segregated from car traffic.

Fourth, I love seeing the development of gravel bikes that blur the line between road and off-road, with increased tire clearance and lower gearing. Too many roadies are afraid of venturing off the pavement; this will hopefully broaden their horizons! We don’t limit our tours to paved roads only: In Spain, the Camino de Santiago and the Quixote Route in La Mancha are about 2/3 riding on hardpack roads and wide trails. 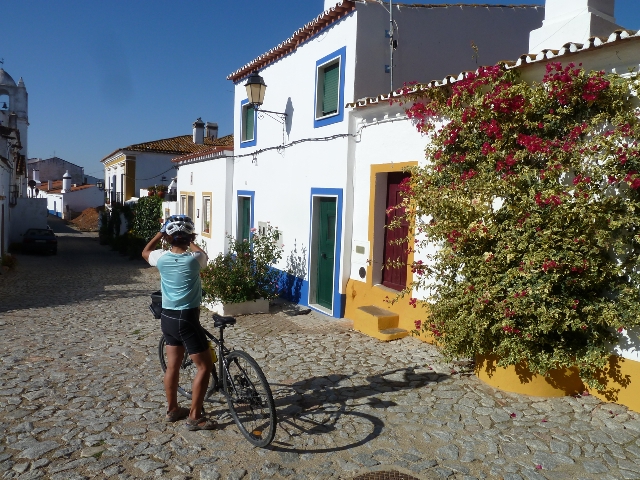 Where would you like to see cycling in America in five years?

I’d love to see “Share the Road” become the norm rather than the exception, and contiguous cycling routes linked to population centers. Cyclists need to work harder to change the negative image we personify for some of the non-cycling public. For example, a calm and civil attitude on the road, public discussion between cyclists and drivers, improved education for children about safe cycling, and better public awareness of traffic rules for cyclists and drivers.

What is your favorite service or program that Adventure Cycling offers?

Well-researched route development and maps come to mind, first of all, but my heart goes to the Adventure Cyclist magazine! It’s our connection to our roots: bike touring gurus Dan D’Ambrosio, Greg Siple, Willie Wier and the diverse world of bicycle travel. 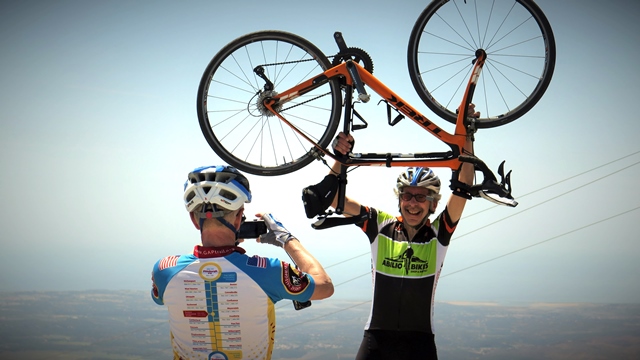 If your headquarters staff could relocate to any place in the world, where would they choose?

We used to joke about having corporate offices in Soujo, Portugal, a remote stone village in the country’s only national park, but I have to say that our home in beautiful Newburyport, MA is tough to beat! We love the mix of coastal and rural riding north of Boston, that’s where we run our Coasting New England tour from Massachusets to Maine. Plus, we’re just a two-hour drive from the Berkshires Hills in the western part of the state and the White Mountains in New Hampshire. While the New England winters can be harsh (110” of snow last year), we love the change of seasons that you can’t get in warmer climes.

As your company grows, have you had mainly tailwinds, headwinds, or crosswinds?

We’ve had them all. The events of 9/11 and the economic downturn of 2008 presented challenges to the whole travel industry. On the other hand, it forced us to focus on the areas we do best. And, we added self-guided tours as a lower cost option. 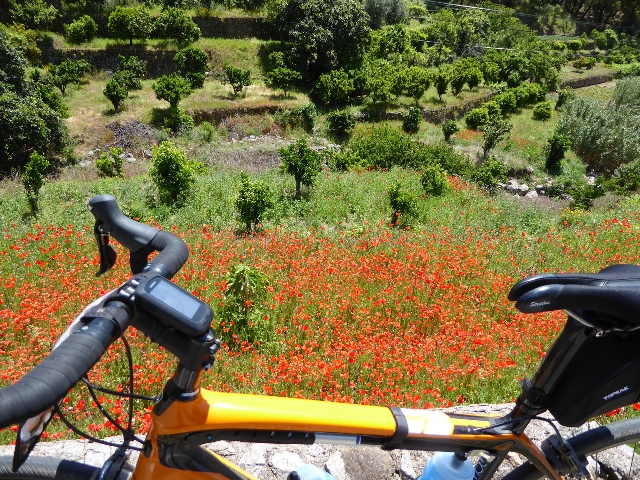 Has any of your staff ridden Adventure Cycling’s mapped routes? If so, which ones?

I led a Bikecentennial group on the original TransAmerica Trail route, my wife Nancy followed the Northern Tier solo when it was brand new, and our long-time guide Dennis Lennox led three cross-country Southern Tier groups!

Naturally, we love the touring adventure stories. I also love reading the bike reviews, likely because I apprenticed as a custom frame-builder with Chris Chance in Somerville, MA in my younger days. Patrick O’Grady has the perfect balance of bike passion and self-effacing humor! 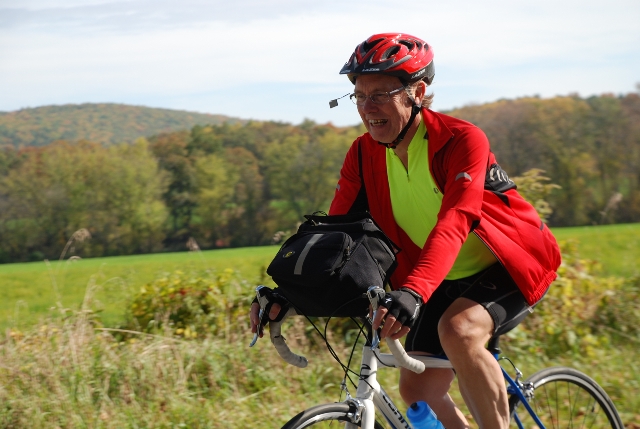 Is there anything else about your company that you really want to share with our readers?

Yes, we’re offering a $250 discount for Adventure Cycling Members who reserve any guided tour by the end of May! See our 2016 tour schedule. We like to make sure a tour is a good fit for our guests. Contact us, and you’ll get a personal reply from me! I’ve designed and ridden every mile of our routes as well as guided our tours alongside our resident guides, so you’ll always get the inside scoop. Being a small, personable, and hands-on company is our joy and our strength.

MEMBERSHIP HIGHLIGHTS is posted every other Wednesday by the membership team — Julie, Josh, and Brian — spotlighting the various benefits of membership, our accomplishments thanks to member support, and interviews with some of our most passionate and dedicated members, both individual and organizational.

I've been a guide for Easy Rider for 18 years. Working for Jim and Nancy and meeting countless wonderful people has been a rewarding and enriching experience. I have laughed and sang me way down some of the most beautiful roads in the world. Thank you Easy Rider, it's been a thrill of a lifetime.

I finally checked out the video--really cool. Your groups seem to have a great time. But who's that geeky guy behind the donut?