Bikes and Beer and Building the U.S. Bicycle Route System

During the month of May we are celebrating the U.S. Bicycle Route System (USBRS) and successes in improving bicycle travel conditions nationwide. This week we’re focusing on how bicycling benefits businesses and economies and It’s pretty clear that cyclists love beer. Just take a look at the number of bicycles parked in front of the local brewery and it’s easy to see how that connection is made. We also explored how the craft brewery culture seems to fit with the growing enthusiasm for bicycling. I recently traveled to Fort Collins and had the opportunity to meet two people that make their living from the bike and beer association. 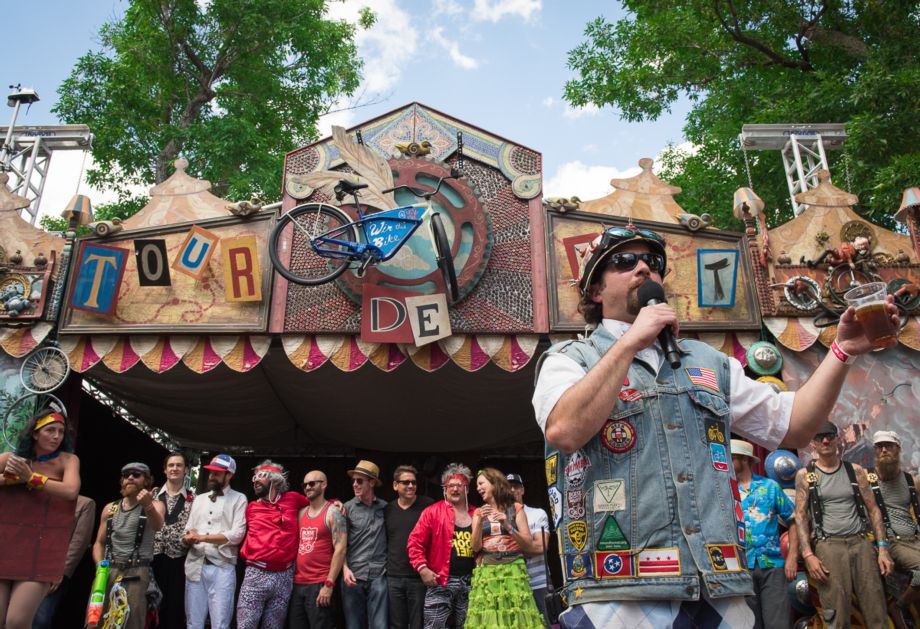 I guess you could say, beer and bikes go together like peas and carrots, and no craft brewery is more associated with the bicycle than New Belgium Brewing Company out of Fort Collins, CO. The cruiser bike on their signature beer, called “Fat Tire,” is well known in the West. Now, with a second brewery based in Asheville, NC, it’s becoming known as a leading craft brewery across North America.

I had dinner with Michael Craft, a marketing fixture for New Belgium. Michael has worked Tour de Fat, New Belgium's travelling bicycle celebration, for many years now. I had the opportunity to hear more about the brewery’s marketing philosophy when Michael spoke at the National Bicycle Tourism Conference in San Diego last November. New Belgium has a unique company culture, one born from the love of the outdoors and the bicycle (read about their company history). I wanted to know a bit more about that and so Michael agreed to answer a few of my questions:

Do you think of yourselves as a bike friendly business?

New Belgium has been designated a "Platinum-level Bicycle Friendly Business" by the League of American Bicyclists. We like to say we were "conceived on a bike seat" because one of our co-founders was inspired to bring Belgian-style beers to the US while traveling through Europe on his fat-tired cruiser bike. At an employee-owner’s one-year anniversary, they receive a New Belgium cruiser bike in honor of this trip to thank them and to encourage them to bicycle commute. We also offer a bicycle repair station, showers, and covered bike parking. On any given day, most of the bicycle racks are full. Fort Collins, CO makes it easy to commute by bicycle, too, it’s pancake flat and we have 300+ days of sunshine.

How do you feel the culture of New Belgium plays into the role you play in advocacy?

I think New Belgium enculturated me into an avid cyclist. It took some co-workers and my anniversary bike to recognize the bicycle as a tool for transportation. Bicyclists were some of the first groups of people who supported our flagship brand "Fat Tire," mostly because of the label, so we’ve had a synergy with bikes and cyclists for a very long time. There was no strategic marketing meeting to decide to put a bicycle on our label; riding bicycles was just something we loved (and still love) to do. We do quite a bit within bicycle advocacy because we believe riding a bicycle is one of the simplest forms of sustainability, not to mention the health benefits and the fact that riding a bicycle is fun. 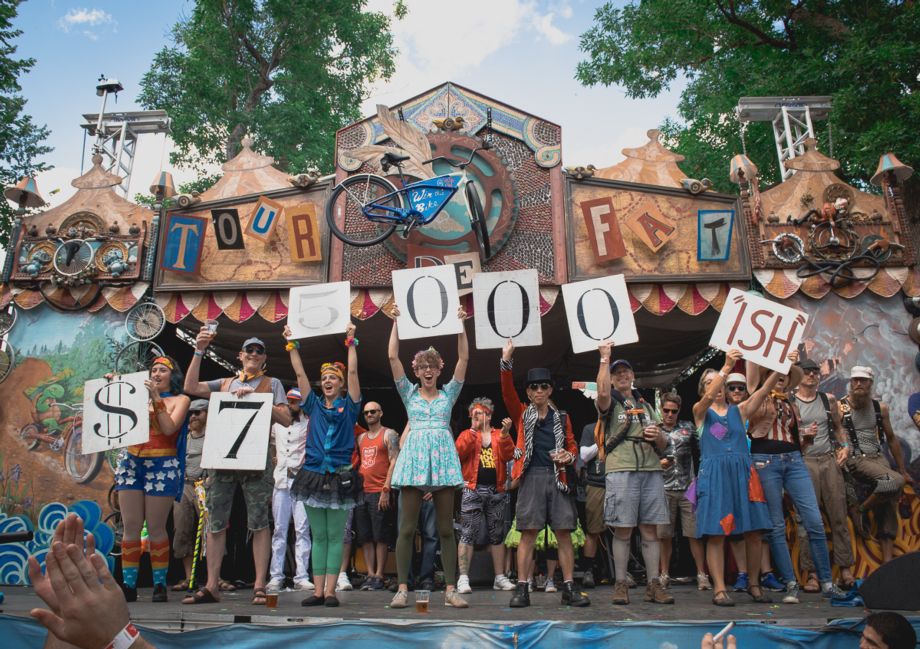 New Belgium has provided the USBRS several grants in the past, what inspires New Belgium to “share the wealth” and what kinds of projects do you support?

New Belgium has a $1/barrel philanthropy program and supports a myriad of causes from sustainable agriculture to sensible transportation/bike advocacy to water conservation/restoration. In addition to that, our Tour de Fat bicycle carnival has raised nearly $4 million in fifteen years for local bicycle non-profits. Last year alone, we raised over $625,000 in ten shows across the country. Our co-founder and CEO, Kim Jordan, set the tone of giving back since the inception of our company. "Kindling social, environmental, and cultural change as a business role model" is one of our core values and beliefs.

We see a ton of engagement by New Belgium to grow bicycle culture, where do you hope to see bicycling in 5 years?

We believe we will continue to see bicycle and pedestrian infrastructure improvements across our country, because there is a continued demand for it. More people want to "ride more and drive less." As our roadways continue to get overcrowded with vehicles, younger generations are caring less about buying a car, caring more about quality of life, and being able to commute without being behind a steering wheel. We are reaching a tipping point of how many vehicles can fit within our cities, making them more bike and pedestrian friendly is the only option for smart growth.

Give us three tips for how to use New Belgium techniques to grow the U.S. Bicycle Route System:

We think education, encouragement, and a sense of adventure are key pieces to the U.S. Bicycle Route System. The more folks know about the system, and how adventurous it can be to see our country on a bike seat, the more popular these routes will become. I think there is an ill-perceived notion of lack of safety that hangs over many would-be cyclists, especially on our roadways.  Letting folks know that these routes are time-tested is key to success. I like to remind folks that cyclists drive cars too.  This isn’t an "us versus them." It’s having mutual respect for each other whether you are under a helmet or under a car roof: look out for each other and enjoy the scenery. 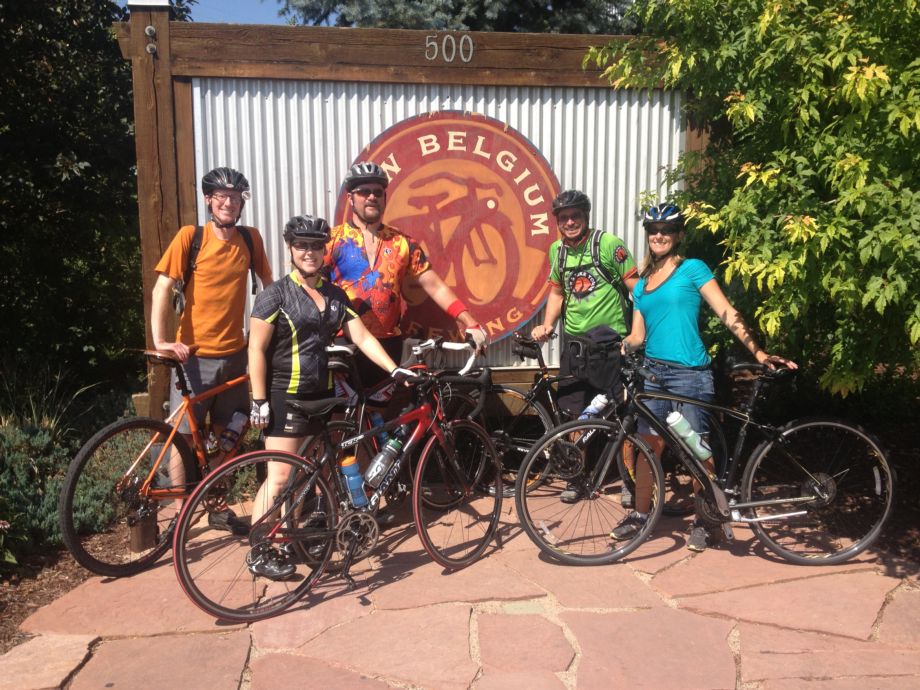 While in Fort Collins, I also met Bob Williams, owner of Beer and Bike Tours (and past supporter of the Build it. Bike it. Be a Part of It. campaign). I was curious how Bob decided to start a bike touring company built around the concept of visiting breweries and how he feels he’s contributing to the growing enthusiasm for bicycling and bike travel. Here’s what he had to say:

What is your company’s mission?

This week we are focusing on bike friendly businesses, obviously bikes are a huge part of your business, but could you explain how the brewery business has become bike friendly?

I think breweries have seen that by supporting cycling on a local level, they are able to create loyal customers who keep coming back. Through the sales of cycling jerseys, they are able to market the business to a demographic that in turn supports them. Through the creation of patios, beer gardens, and friendly taprooms, we have found that they also cultivate a wonderful post ride environment. Cycling is also a much safer alternative to driving when having a beer with friends. Furthermore, I think that by encouraging staff to bike to work the quality of work and freshness of the employees is better. 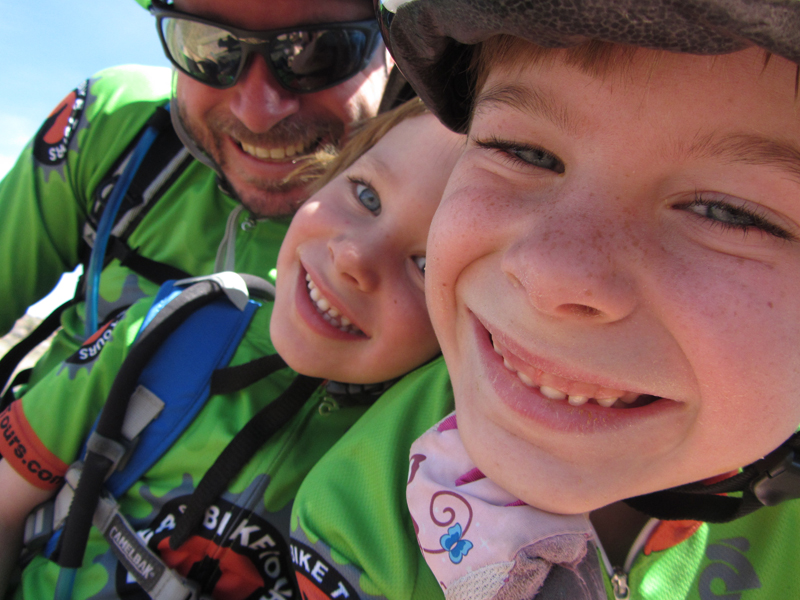 1. The emphasis on proper fit and comfort when purchasing a bicycle.

2. Efforts to make cycling safer on a local, state, national, and global level.

3. The support the cycling community is beginning to receive from both government and private business.

Where do you see cycling five years from now?

I see cycling continuing to grow as a primary form of transportation and recreation in the US. I think that with the Baby Boom generation retiring and wanting to get back in shape, we will see a growth in bicycle tourism. I also feel that with the awareness of our carbon foot print and the cost of automobile ownership, we will continue to see a rise in bicycle commuting by employees. Regardless of where it goes, we will definitely see a smile on the face of everyone riding a bike for either recreation or commuting. 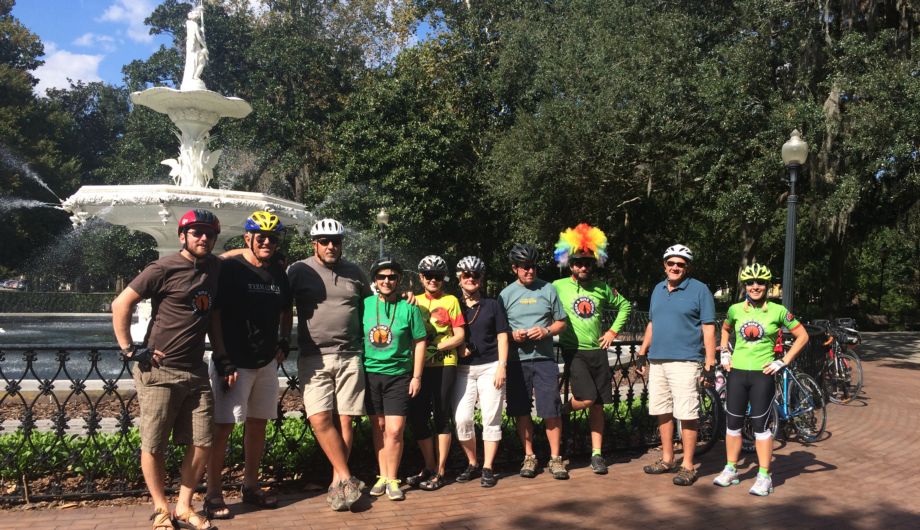 Do you think bicycle tourism is growing and how does this affect your business?

I do see the tourism end growing. As a bicycle tour company this is a great thing. With more options for guests to choose from it helps raise the level of all tour companies involved and helps us create a stronger and better industry. I think that having more bicycle tourist also helps draw attention to the health and happiness benefits of cycling. I truly believe that bicycle tourism is going to be one of the leaders in the tourism industry. The more people traveling by bicycle the more opportunity we have as a business to share our love for cycling and teach people to travel safely on two wheels.

Do you support the creation of the U.S. Bicycle Route System?

Definitely. We have supported the USBRS with tour giveaways, as fundraising, and through the use of social and conventional media to draw attention to the great routes already in place and to help establish more in the future. Why? It benefits everyone to have a quality bike route system. While living in Europe, I saw firsthand how beneficial it was as a tourist and a commuter. A bike route system gives cyclists credibility as road users and benefits automobiles with the improvements on the road making it safer and better for everyone.

What you is your vision of how the USBRS will improve bicycle conditions and build more bicycling in the U.S.?

To be honest this is not my field of expertise. But, I would like to see safer, more protected routes that allow motorist and cyclist to coexist in a safe and more equal manner. I would like to do away with or move rumble strips so that cyclist can ride safer and not be uncomfortable with having to avoid them while at the same time continuing to make the roads also safer for drivers. I am not sure if it is connected, but I would love to see the USBRS become a totally hands free device network. Keeping drivers from being distracted would benefit everyone. I would also like to see state, local, and federal agencies work more in step with each other towards the bigger goal of a bike route network.

I want to also say thank you to Adventure Cycling and the USBRS for taking us as far as we have. I think the best way a cyclist can support the system is to get out on the road and use it. 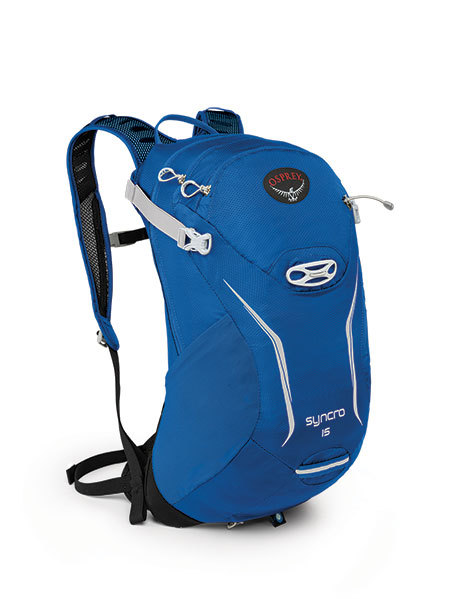 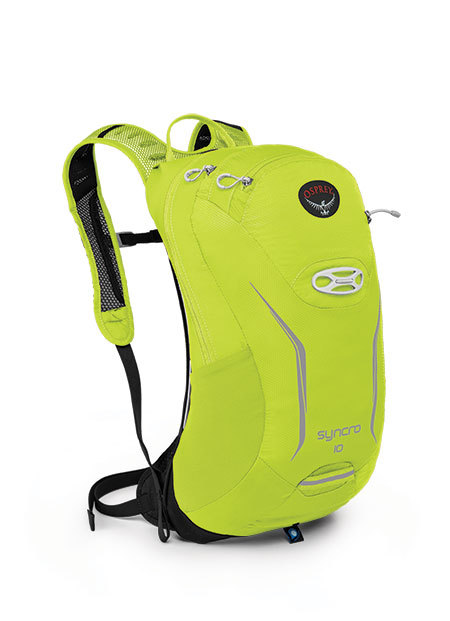 A big thanks goes to Michael and New Belgium Brewery! Their events in North Carolina support many fine bicycle advocacy organizations. You won't meet a finer person than Michael. Maybe one day you will see him leading an Adventure Cycling tour?