Bicycle Route 66: Behind the Scenes in Missouri

During the month of March, we are featuring a series of guest posts that showcase the volunteers and advocates who provided behind-the-scenes support to bring Bicycle Route 66 to life. This week, Brent Hugh, Executive Director of the Missouri Bicycle and Pedestrian Federation shares how Adventure Cycling's Bicycle Route 66 is an important part of their larger initiative to build a statewide bicycle plan and connect destinations through trails. 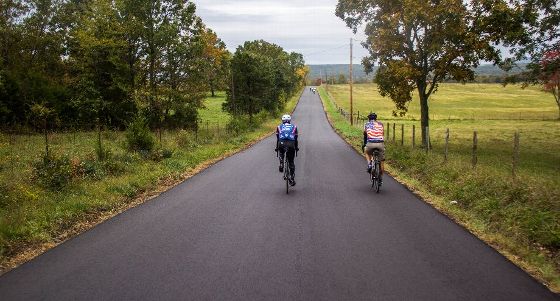 Missouri is home to seven bicycle routes and many quiet, beautiful backroads.

Right smack in the middle of the country, Missouri is in a fortunate position with respect to nationwide bicycle routes and trails.

In addition, the Missouri Bicycle and Pedestrian Federation is working to implement the Missouri portion of an ambitious 700+ mile Quad-State Trails plan. This year we're working to support rail-banking of a new 145-mile section of the Rock Island railroad corridor— which will combine with the existing Katy Trail and other portions of the Rock Island Trail to create a cross-state trail loop system totaling over 450 miles in length and stretching from state line to state line.

So bicycle travel and tourism is looking up in Missouri —way up!— and the announcement of Bicycle Route 66 is a big part of that. We really appreciate Adventure Cycling Association's important role in keeping these major statewide and nationwide bicycle route initiatives moving forward. 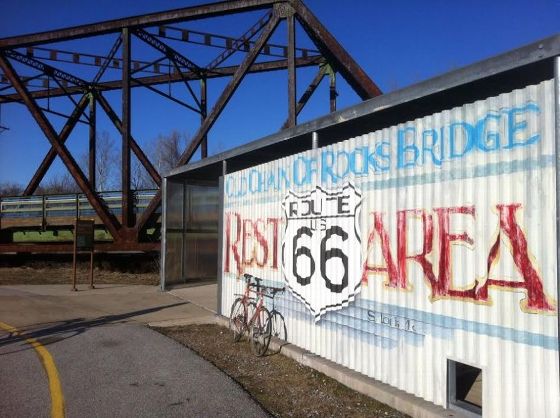 When the Missouri Bicycle and Pedestrian Federation was formed in 1994, a big part of the organization's mission was to work on statewide bicycle route development and promoting bicycle tourism. I first became aware of the possibilities of Bicycle Route 66 when we were working to map our statewide bicycle route system back in the mid-2000s. From the mapping perspective, Bicycle Route 66 has a huge disadvantage—the route parallels I-44 all the way across Missouri. So when the bicycle route is drawn on a large-scale map, it appears to everyone (except those who are in the know) that you're proposing that bicyclists ride across the state on I-44. That idea didn't garner much support among the Missouri Department of Transportation (MoDOT) leadership, and once they had that idea in their heads, no amount of explanation seemed able to drive it out.

But the select group who had bicycled Route 66 across Missouri knew a secret: The route is almost entirely on beautiful, scenic, low traffic byways.  Exactly zero miles are on interstate freeway—unless you get lost. And with Adventure Cycling's beautiful new route maps, you won't be getting lost! Major traffic is channeled onto nearby I-44, which leaves Historic Route 66 for use by a few locals, Route 66 tourists, and now cyclists.

For several years, the St. Louis Chapter of Youth Hostelling International ran an annual Route 66 bicycle tour. Those who participated in it always spoke very highly of the route, the hospitality, the history, and the scenery. Hostelling International ride organizers were kind enough to share their ride route with me, and I was able to share this and other routing ideas with Adventure Cycling when the time came for them to research and develop Bicycle Route 66. 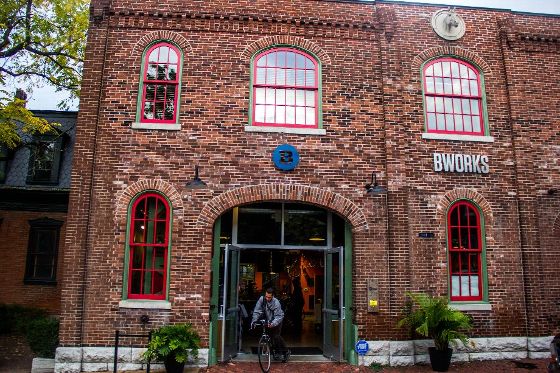 St. Louis BWorks provides bicycle education and free bikes to kids among many other programs, and is a worthwhile stop along Bicycle Route 66.

Another prong in our effort to develop statewide bicycle touring routes, was to officially designate Adventure Cycling’s TransAmerica Trail through Missouri as U.S. Bicycle Route 76 (USBR 76). I am very pleased that the TransAmerica Trail was officially adopted into the U.S. Bicycle Route System in May 2013, and later that summer USBR 76 signs were installed marking each turn all the way across Missouri. We joined MoDOT, Adventure Cycling, local officials and cyclists for a celebratory grand opening of the USBR 76 designation last year.

Even with all the work we have done over the years to promote route marking and signing, when I finally got the opportunity to ride USBR 76 with the new signage, I was surprised to discover what a pleasure it was to ride the marked route. The turns are so well marked that you don't have to worry about missing a turn or getting lost. You can just spend your time enjoying the route, the roads, and the scenery. 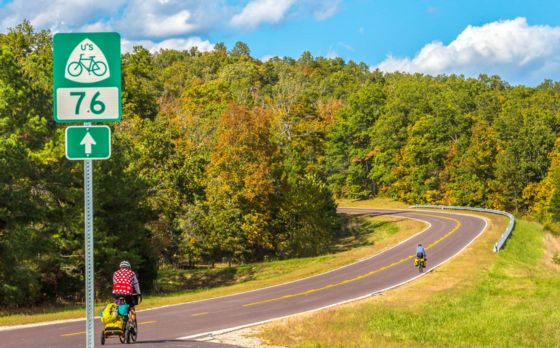 After the ribbon cutting for USBR 76 last year, both the Federation and MoDOT felt that official adoption and signing of Bicycle Route 66 as a U.S. Bicycle Route in Missouri would be the logical next step. For the present, MoDOT is undergoing a serious financial shortfall and has adopted a policy of taking on no new projects whatsoever. Meanwhile, we are working with MoDOT to create Missouri's first-ever officially endorsed statewide bicycle plan. You can bet that statewide bicycle touring routes and Bicycle Route 66 will be on that plan! And I am confident that when the MoDOT's current funding situation is resolved we will find a way to officially designate and mark Bicycle Route 66.

Brent Hugh is the Executive Director of Missouri’s statewide bicycle advocacy group, the Missouri Bicycle & Pedestrian Federation. The organization works to support all types of bicycling, walking, hiking, and running in Missouri and make Missouri a better, safer place to walk and bicycle. Developing statewide bicycle routes and bicycle tourism has always been one of the Federation's priorities. The Federation is celebrating its 20th anniversary this year, to find out more visit their website at http://mobikefed.org/.

Modot sure acts like they are broke that's for sure .And you are right about people running you off the road and throwing junk at you .

I love riding in Missouri. The people throw bottles and cans at you as they try and run you off the road. I've been bitten twice now from people who's dogs run wild. And make sure you bring a case of tubes if you plan on traveling more than ten miles because the roads are so bad because MDoT is broke.

As a Missouri resident I can tell you from expierence Missouri is NOT a very bike friendly state. Missourians believe bicycles belong in your yard or on the side walk not in the street with other traffic.