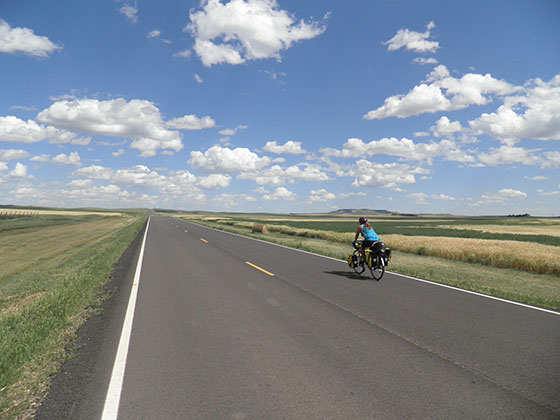 On a cycling trip from Seattle to my home in northern Michigan this summer, I frequently ate in bars because they were often the only businesses open in the towns I passed through on the high plains. And I mean that literally, because a number of towns out on the Great Plains lacked even the most minimal of grocery stores. Some towns were just names on a map, with no evidence of habitation. Others were near-ghost towns, nestled in the shadow of hulking, abandoned grain mills with every other business shuttered and tumbling to ruin with hopeless “For Sale” signs out front. 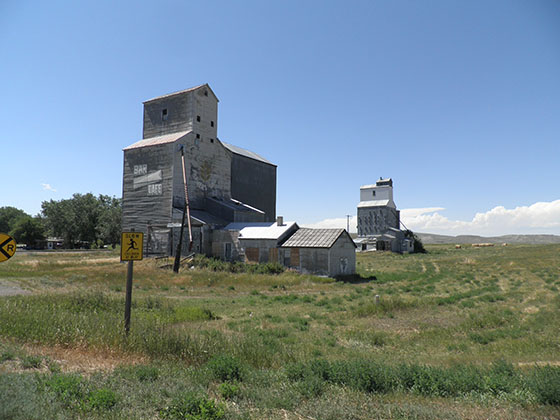 But always, there was a bar and the promise of food. On one occasion, I rolled 63 miles down a highway in central Wisconsin without a single gas station or grocery store to be found along the route. But way out yonder in the boondocks sat a bar, many miles from anywhere, with a pizza burger as the daily special. Score!

Usually these places were squat, cinder block buildings fronted by battered steel doors; some even lacking windows, with only a small sign, “Curly’s Bar,” to offer any semblance of welcome.

Walking into rough bars in rural Montana or North Dakota dressed like Peter Pan in skin-tight cycling shorts and a snug, fluorescent shirt had me half expecting mayhem of the mixed martial arts variety.

“Well, if it isn’t little miss Tinkerbell,” growls a 300-pound biker, playing pool with a posse of grim-faced cowboys and farmers, still dusty from toiling all day amid the endless fields of wheat.

“Stuff it, dude. I’m burned out from the trail and light beer isn’t going to do it this time,” I’d shoot back. “Barkeep, give me a ShockTop with an extra orange.” More words would be exchanged: “Wussie,” “polecat,” or “bicycle scum,” perhaps. Then I’d offer to open a can of whoop ass and the fracas would begin with me honing my Thai kickboxing skills, powered by the 77 miles of cycling I was averaging each day.

But none of that happened. Instead, I walked into a dozen or so of these places, offered a rumbling, “How’s it goin’?” to anyone who cared to look up from their Budweiser, and made myself at home, Peter Pan costume and all.

It turned out I wasn’t quite the alien apparition I imagined. Folks were surprisingly friendly and welcoming, recognizing another member of the bar tribe, perhaps. Frequently, the patrons noted that many other bicyclists passed through the barroom doors while riding the Northern Tier or Lewis & Clark Trail, routes of the Adventure Cycling Route Network. I was just another crazy person dressed like a ballerina, out baking my brains out in the 90-degree heat, wind, and hills. 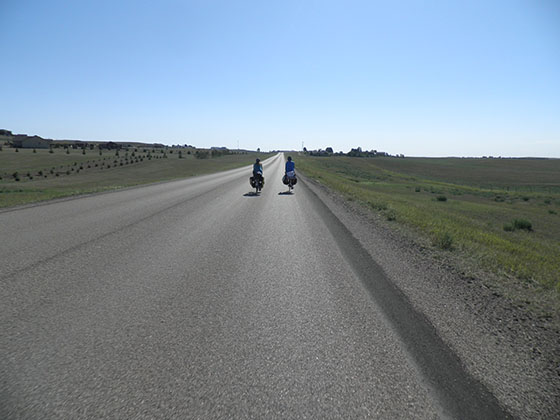 But my barroom buddies always wanted to know why I was biking across the country and through their little patch of reality. Initially, I fumbled around, explaining that I was the author of a book, Biking Northern Michigan, and that cycling more than 2,700 miles from Seattle to my home in Traverse City, Michigan was all part of the author gig. This always brought dubious looks and questioning faces. Like, really, dude?

So, eventually, when someone on the next barstool asked me why I was cycling cross country, I came up with a reason that seemed to make a little more sense. “I’m addicted to travel,” I’d say solemnly.

And that turned out to be an entirely satisfying answer.

An even better explanation of why you're doing this: to win a bet. They will warm to you instantly.