A Dog's Eye View of Taiwan

July 21, 2017 - Willie Weir writes for his Sights and Sounds blog every other week. 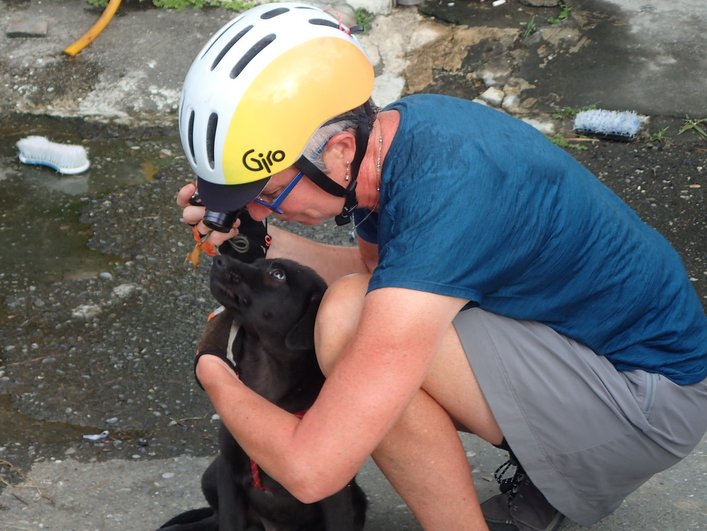 Most bike posts featuring dogs are about how to avoid them. In Taiwan, we embraced them ... hundreds of them.

Our dog Tiva was rescued from a garbage dump in Taichung, Taiwan. This little creature piqued our curiosity about a country we’d never visited. A bike tour was born, and in November, we spent a month pedaling around Taiwan. You can read the feature in the upcoming August/September 2017 edition of Adventure Cyclist magazine. 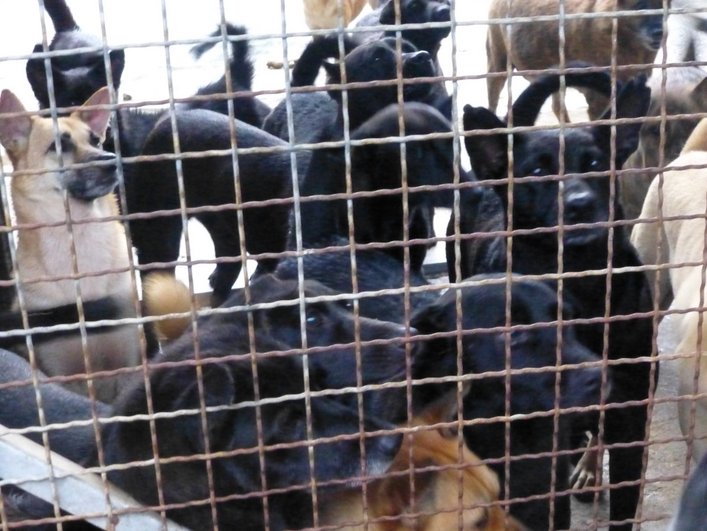 Although Tiva stayed at home in Seattle, she was our introduction. Kat contacted rescue organizations, and we arranged to meet the people who give so much of their hearts and souls into helping to feed, care, and find homes for the thousands of stray dogs in Taiwan. We went to an adoption event in Taichung. We visited a “no kill” shelter in the mountains outside of Taiwan. We met a champion of dog rescuers, Mary Christine Choi, marysdoggies.org, who puts in 60–80 hours per week to rescue, heal, train, and then find homes for hundreds of dogs.

The indigenous dog of Taiwan is known as the Formosan Mountain Dog (FMD). They are most often black, but come in other colors, including brindle. They are usually 25–65 pounds, with straight ears, and an arched tail that curls around like a question mark. 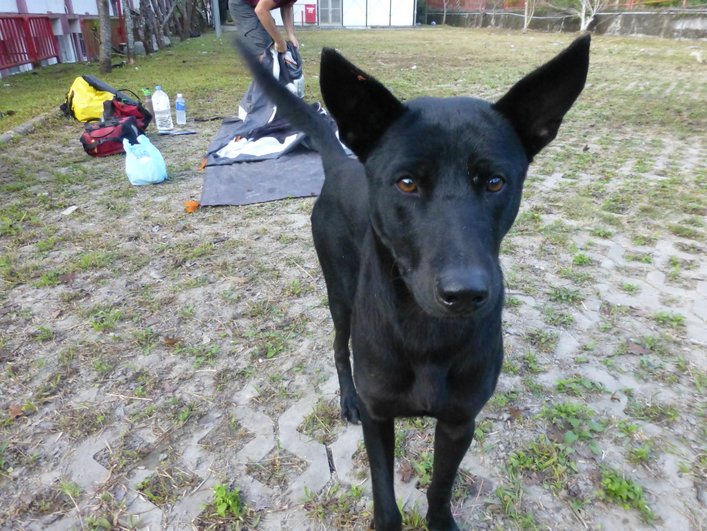 One handsome FMD adopted us in a village where we were camping. He wasn’t a stray. He was too healthy looking for that. He stopped by to check us out as we were pitching our tent, laid down six feet outside our tent, and didn’t leave until morning. 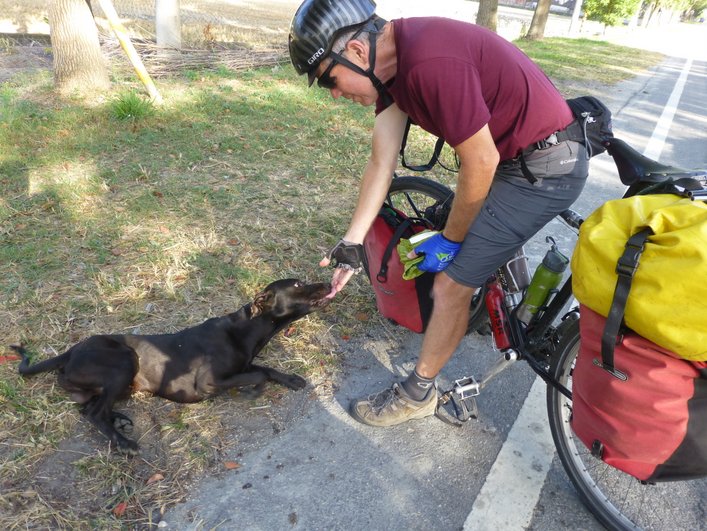 Not a day went by without a encounter of some kind. Way up in the mountains, the dogs would keep their distance. We’d see them hiding among the trees or bamboo. Sometimes hunger would bring them to us. We kept kibble in our packs to feed those that approached us — many with ribs showing.

I don’t know if it was the positive energy (or pheromones) we were putting out, but we encountered countless dogs in our bike travels, and we were never chased once. 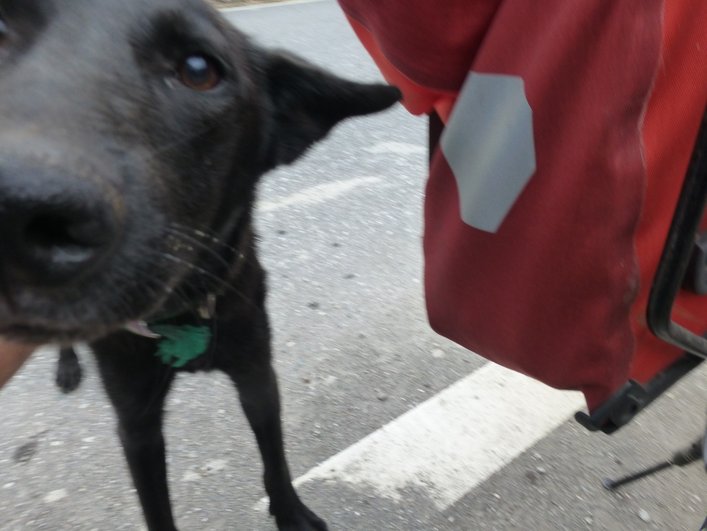 Taiwan offers so much to the bike traveler — great roads, beautiful mountains, incredible food, kind people ... and for dog lovers out there, lots of opportunities to make four-legged friends along the way.

Hi Willie, do you have a link to the full article? Would love to hear more. I'm an avid cyclist and also adopted a street dog from Taiwan. She is a great dog!

She was with her best dog friend Mattie, and two of her favorite humans Kirk and Alex.

Thank you. That is the hardest part of travelling, finding someone who will best take care of our family pets.

Poor Tiva, she must have missed you. Who took care of her when you were gone?