My bearded manfriend and I recently traveled to Michigan for a wedding, by van. I know, I know we didn't travel by bike… for shame! 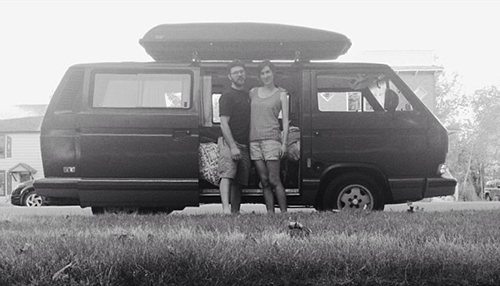 When I step away from my computer and Adventure Cycling work world for a while, there's always realizations that, "Oh, not everyone rides their bike to work. Oh, not every photo has a cyclist in it. Oh, look, this magazine isn't about bike touring at all," and so on. But this vacation was different.

We drove down through the Black Hills of South Dakota and then east on part of Adventure Cycling's Lewis and Clark Trail. In the Mount Rushmore National Park, I was surprised by how many loaded cyclists I saw…they were everywhere; holding their own with the masses of motorcyclists! We went rock climbing a little off the road and Bearded Manfriend said, "Hey Rach, look down, fully loaded Bike Friday tourists." Amazing!

Then I thought that maybe there were a lot of cyclists because we were in a national park; surely there wouldn't be as many continuing on through South Dakota… and then Michigan… and then the Upper Penninsula of Michigan… and then back through North Dakota when we returned. Boy, was I wrong. They're everywhere!

My first hint was when I was able to meet up with long-time Adventure Cycling fan and bicycling advocate, Jessica Giard, in Chamberlain, South Dakota. 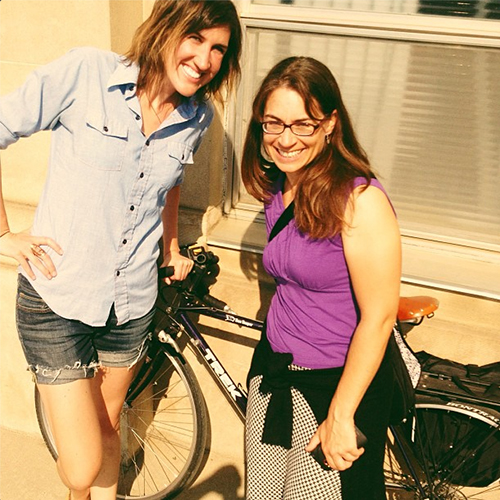 She is an avid host on Warm Showers for traveling cyclists and told me about how busy her summer has been. In South Dakota! Awesome!

From there on out, we saw cyclists everywhere! The U.P. was abuzz with as many touring cyclists as it was with mosquitos. (We interacted with approximately a million of those little buggers.)

North Dakota was our biggest surprise. On Adventure Cycling's Northern Tier Bicycle Route, we saw so many cyclists (some of whom we actually hosted weeks later). I turned to Bearded Manfriend and said, "It's so refreshing to step away from my computer at work and see so many touring cyclists. People are really out there riding their bikes!" 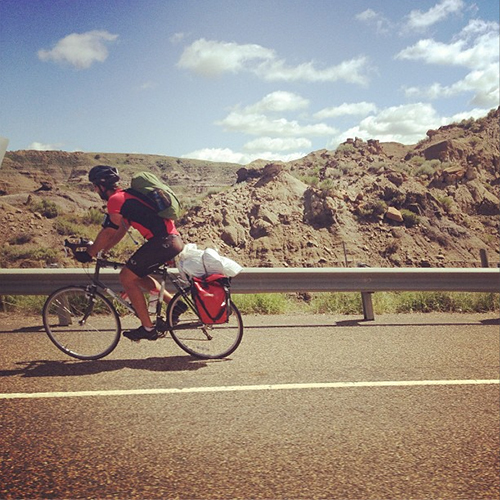 So thank you, touring cyclists, for being the inspiration and actually doing it. Thank you for proving me wrong and shocking me with your abundance and enthusiasm.

I am impressed and inspired.

(And I promise my next vacation will be by bike.)

All photos by Rachel Stevens.