Report Shows That Rails-With-Trails Are Safe and Increasing 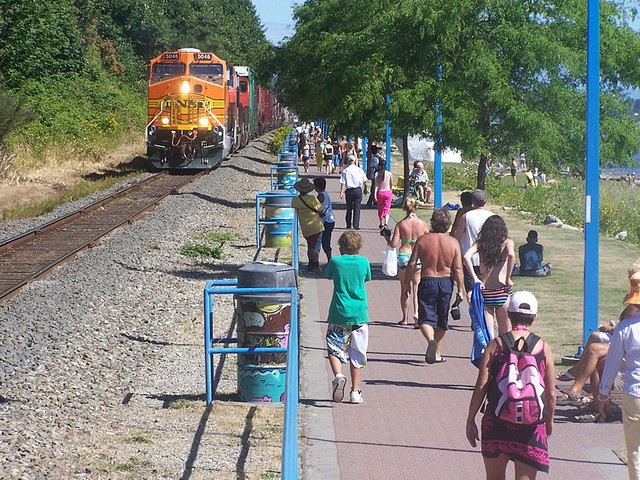 A walking trail in downtown White Rock, south of Vancouver, BC shares a right of way with a busy freight train corridor.

I first heard about the Rails-to-Trails Conservancy (RTC) when I would visit my grandparents in Kalispell, MT and they would take me on the Great Northern Memorial rail-trail that they helped bring to life. It was one of Montana’s first rail-trails and it took about ten years to complete the full 25 miles. As one of the few trails of its kind in Kalispell, it is very popular with runners and cyclists, and my grandparents still use it every day without fail to get out and walk the dogs.

My grandparents began working on this trail in 1989, only three years after RTC became established. Back then (yes, that was a long time ago for me!) there were only around 200 rail-trails in the U.S., and that number has grown immensely in the last 28 years, thanks to the work of RTC and their volunteers. There are now 1,800 rail-trails totaling 20,000-plus miles across all 50 states, and now rails-with-trails are growing as well.

What is the difference? 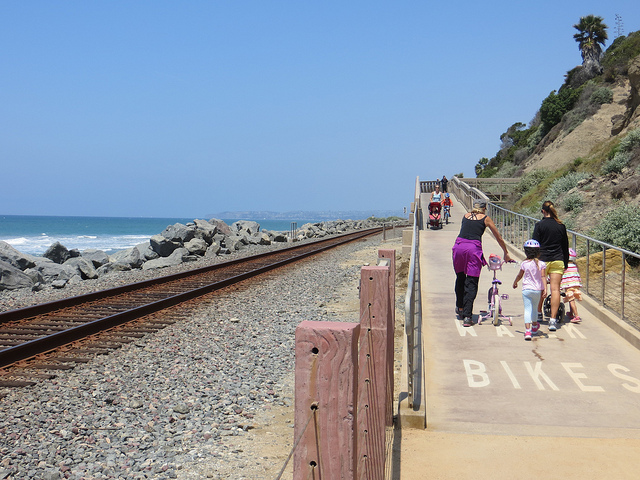 So what did they find? The key findings report that “rails-with-trails are safe, common, and increasing in number.” Safety is an obvious concern in locating public trails next to trains, however the RTC found that in the 20 years that they have been studying rails-with-trails, there has only been one fatality and two injuries involving a rail-with-trail user and a train. RTC points out that the frequency of fatalities and injuries on railroads where there are no rails-with-trails is significantly higher, and providing a safe public path reduces the likelihood of people trespassing or taking shortcuts across the tracks. There are often barriers between the trails and the tracks, in addition to well-planned crossing areas when they are necessary. Risk management strategies like designing for safety, using signs to warn people of potential dangers, and doing inspections are also necessary to ensure safe usage of rails-with-trails. 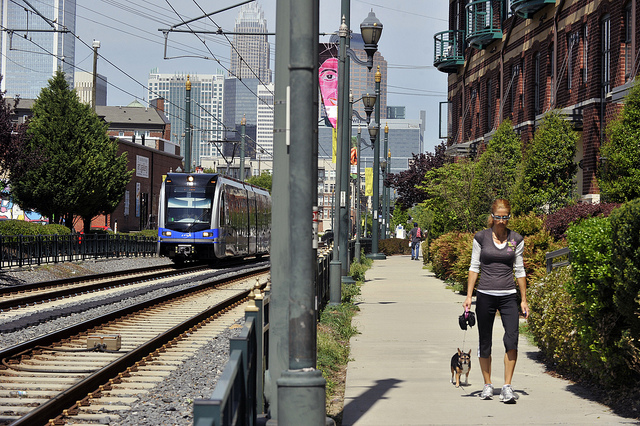 Another interesting characteristic of rails-with-trails is their diversity. The acquisition, design, and operating features of one rails-with-trails project from the next may be completely different. Some trails are located next to a railroad with a high frequency of faster trains, while others are located near low frequency, low speed trains. The Bitterroot Branch trail in Missoula, for instance, is located next to a railroad track that is used so infrequently I thought it was out of commission for the first year I used the trail. Ownership of the railroad corridor varies, as well as the methods used to acquire trail corridors. These diverse factors allow for successful development of many different types of rails-with-trails within various environmental or political circumstances.

RTC's report covers a vast amount of useful information, so if you are interested in learning more about rails-with-trails or looking into developing one, this is a great resource. Rails-with-trails are safe and accessible for everyone — cyclists, runners, pedestrians, families, and grandparents like mine who need a safe place to get out and walk their dogs. These kinds of trails are a must for the health and vitality of every community, and they open up greater possibilities for trail-network development.

So take a look at America's Rails-with-Trails Report and find the rails-with-trails in your community. If you don't have one, or even a rail-trail for that matter, now you have a great resource to get started!

BUILDING THE U.S. BICYCLE ROUTE SYSTEM is posted by Virginia Sullivan and Saara Snow in Adventure Cycling's Travel Initiatives Department and focuses on news related to the emerging  U.S. Bicycle Route System (USBRS). The USBRS project is a collaborative effort, spearheaded by a task force under the auspices of the American Association of State Highway and Transportation Officials (AASHTO). Members of the task force include officials and staff from state DOTs, the Federal Highway Administration, and nonprofits like the East Coast Greenway Alliance and Mississippi River Trail, Inc.

This would be a great solution for the abandoned project in downtown Billings. https://agenda.ci.billings.mt.us/docs/2016/PCC/20160719_423/4441_KLJ_Billings_Fifth_Avenue_North_Corridor_Feasibility_Study_Proposal_SW03112016.pdf