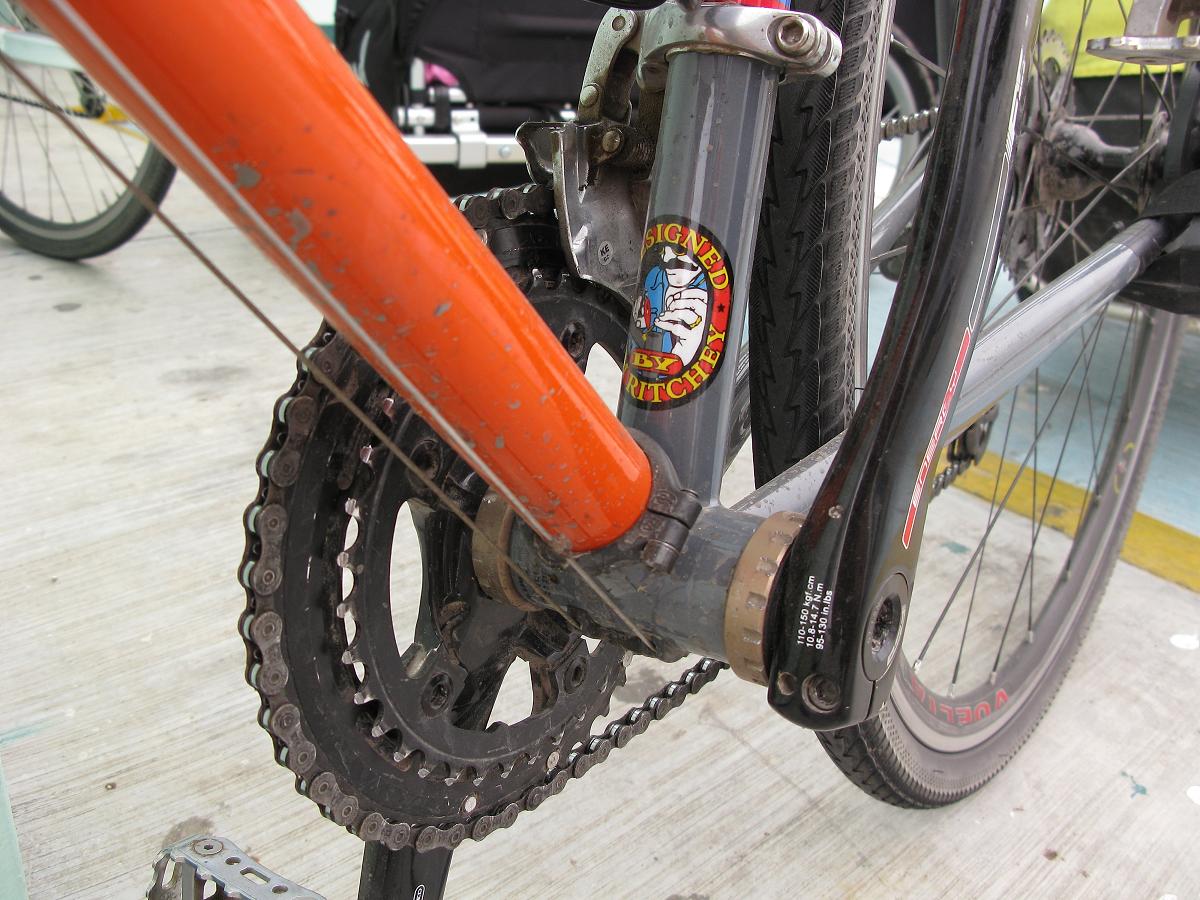 Compact Cranksets have been becoming widely used on road bikes and cyclocross bikes over the past few years, but they are more recently working their way into the the realm of touring bikes. The benefit behind a compact crank is that it allows you drop down to a 34 tooth gear for the second ring. Component manufacturers also benefit by simplifying the their component offerings, allowing them to designing shifters and derailleurs for double and triple systems.

Unfortunately for touring riders, climbing loaded can sometimes demand that extra relief that a 26 or 30 tooth ring can offer. The third ring also allows a little more diversity with your rear cassette and derailleur choices, so you're not always stuck grabbing a mountain bike derailleur, and an 11-34 cassette.

By and large, most stock touring bikes are still outfitted with a triple, however, there are a few out there making the transition to a compact double, such as the Masi Speciale Randonneur. My rule of thumb is if you are unsure on which is best for you, go with the triple. It's better to have it and not use it, than to not have it and need it.

On the industry front, SRAM currently has no road triple offerings, and Shimano has recently dropped a few of their triple options. Oddly enough, the company that brought the compact crank to the forefront, FSA, is one of the few companies still producing a decent array of road triple cranks. Also check out Sugino and Andel for classic touring cranks.

Tim, you can achieve comparable gear inch range using a double like the IRD you mention, though of course you'll have fewer small steps along the way. I run a very similar setup to the bike in the video link you shared (using a MTB double with 38-24T rings and an 11-36 10-spd cassette) for loaded touring and it's proven durable and offered plenty of range.

As you note, triples aren't very common, but if you like a 3x9 you should be able to find parts well into the future!

my question is what would you do for gearing for bicycle touring?

Yes I carry too much weight for solo loaded touring but a 66 year old needs all the help he can get and a triple crank with a 22 tooth chain ring tied to a 11-34 cassette works for me. Other than severe pitches I find that the small chain ring is not used much once I get into top form but still nice to have when a corner is rounded and the hill is so steep late n the day.

Shimano has their new 12-36 9 speed cassette. Pair that with a crank with a 26/36 or 26/38 chainring combination, and there wouldn't be too many places you could go loaded touring.