Bike Touring Zebra Still Traveling After All These Years

August 25, 2017 - Willie posts to his Sights and Sounds blog every other Friday. 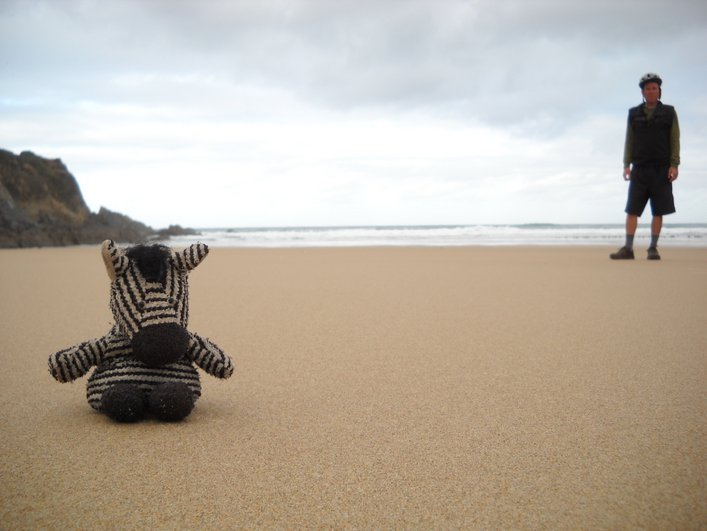 “For over ten years, I’ve traveled by bicycle with my wife Kat. I’ve shared our travels in Adventure Cyclist magazine, on public radio, and to thousands of folks around the country who have come to my travel presentations. I’m not sure why I haven’t admitted it before, but there has been a third party on many of our adventures. Maybe it’s because certain things should remain a secret — or that two traveling the lonesome back roads is more dramatic than three — or just maybe — it’s due to the fact that I’m 46 years old and the traveling companion I’m eluding to is a stuffed animal.”

That is the opening paragraph of my May 2008 column in Adventure Cyclist magazine. My editor, Mike Deme, initially balked at my pitch.

“You want to write a column about your stuffed zebra?” But in the end, he published it. And lo and behold, it received more feedback than anything I’d written to date. Why? Well, it appears that a whole lot of bike travelers out there ride with a stuffed companion.

“Stuffed monkeys, teddy bears, Gumbys, even a traveling Barbie. All carried by bicycle travelers ranging from 18 to 72 years old. Some travelers carry them openly — proudly displaying their fuzzy travel companions on their back racks. One gentleman even had a small helmet for his stuffed Secret Squirrel, of television fame. Others are more discreet, not admitting to having a ‘little friend’ until late night drinks around a campfire. It makes me wonder how many other travelers I’ve encountered have undeclared travel companions.”

Zeb, our stuffed zebra, is still with us. Below is a montage of Zeb on the road. He really does get around. And the little guy has barely aged over the years, except that he has lost those firm abs from so much time being bungee corded to Kat’s handlebars. 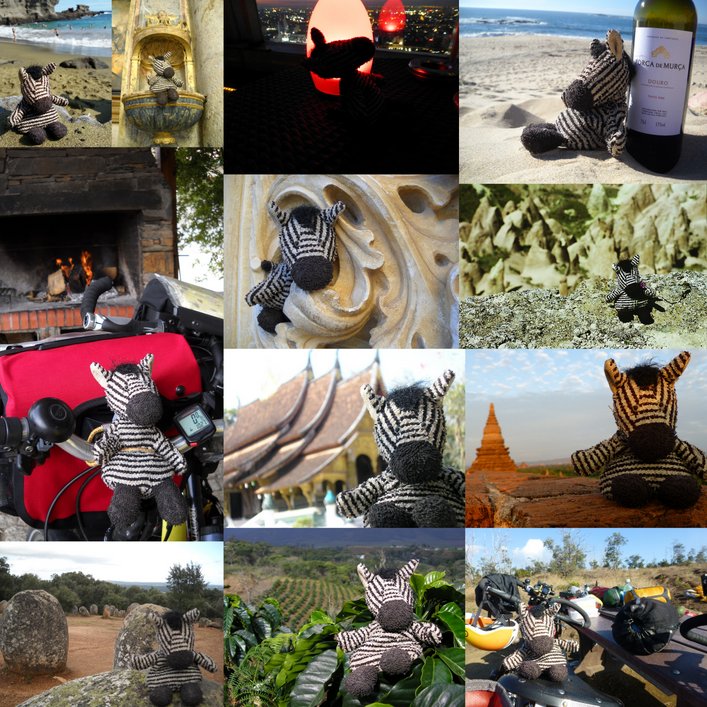 Do you travel with a mascot, stuffed or otherwise? Are you willing to admit it? 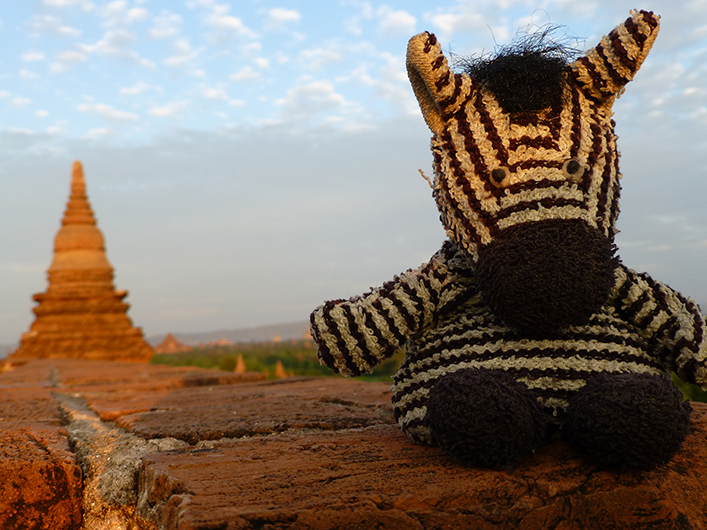