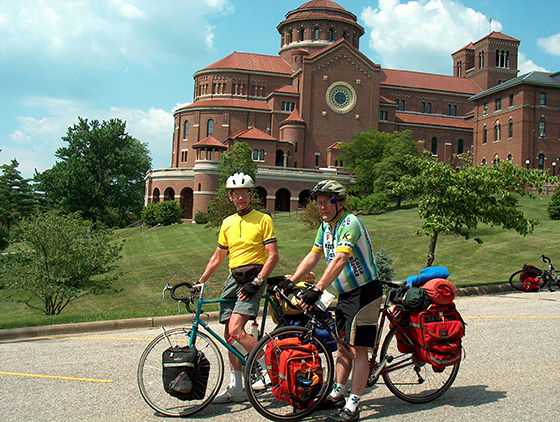 Many people think Indiana is just one big, flat cornfield, but there are many interesting places to ride, especially in southern Indiana. Along with some members of the Central Indiana Bicycling Association, I went on a six-day, self-supported bicycle tour in southwestern Indiana. In the photo above, that’s Karl S. on the left and me on the right. And in the background, that’s the Monastery Immaculate Conception in Ferdinand, Indiana.

This was a fairly easy tour, with an average mileage of only about thirty miles a day, but there were some hills. Hills in Indiana can be steep, but they aren’t that long since the difference between the state’s lowest and highest points is less than a thousand feet.

Our group met at The Overlook Restaurant over the Ohio River in Leavenworth, IN, where we started our ride. Here was our itinerary:

One of the highlights of our trip was visiting Lincoln State Park and the Lincoln Boyhood National Memorial. Most people associate Abraham Lincoln with Illinois, which bills itself as the “Land of Lincoln.” Before moving to Illinois, Abe was born in Kentucky, and lived in Indiana between the ages of seven and twenty-one. 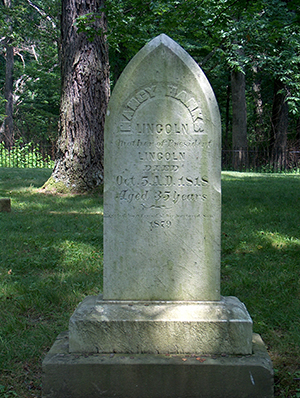 The national memorial includes a number of interesting sites. There is the grave of Lincoln’s mother, Nancy Hanks Lincoln, who died here. There is also the site of one of the family’s cabins, and an actual farm like Abe would have worked on.

One interesting fact I learned: when Lincoln lived there, cattle were not fenced in. Instead, they would be hobbled so they couldn’t get very far away or stray into crop fields. Unfortunately, there was a downside to this approach. While these cattle roamed the woods, they sometimes ate a toxic plant called white snakeroot. People who drink the milk from these cows could die from what the early settlers called “milk sickness.” This is what caused the death of Lincoln’s mother.

We spent a layover day at Lincoln State Park and most of us visited Holiday World in the nearby town of Santa Claus, IN. This is a nice, clean, family-friendly amusement park with a number of roller coasters and other rides. 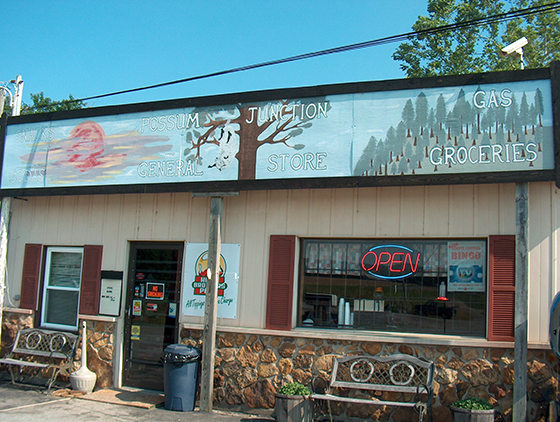 Our group would split up a bit, especially when we encountered hills, but we would always regroup when we came across little stores like this one, the Possum Junction General Store. The lady working the cash register had on a t-shirt that said “Possum: The Other White Meat.” Sometimes it was hard to find stores or restaurants in small towns, so it’s a good idea to take along a small backpacking stove and a few emergency meals. 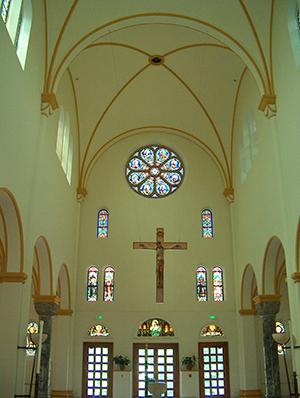 Our route took us by the Saint Meinrad Archabbey and the Monastery Immaculate Conception (see top photo). Both of them are absolutely beautiful. The photo above shows the inside of Saint Meinrad, with its beautiful stained glass. 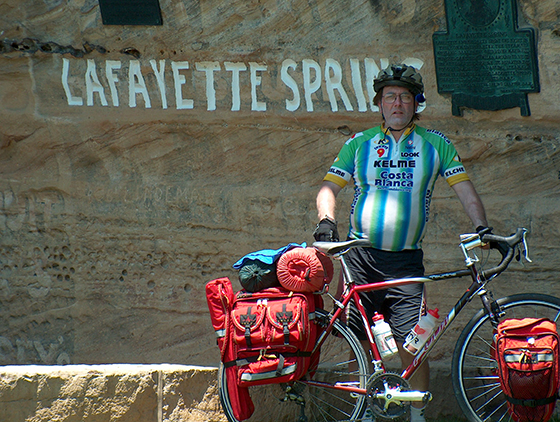 Part of our route followed the Ohio River, where we found a site called Lafayette Spring. Lafayette, the French hero of the American Revolution, returned to France after the war and didn’t come back to the United States until more than forty years later. On this visit, Lafayette toured twenty-four states and while traveling on the Ohio River, his steamboat sank. He was able to reach shore safely near this spot. Word spread like wildfire that the great hero was there, and many locals came to visit him before he was picked up by another steamer the following day. 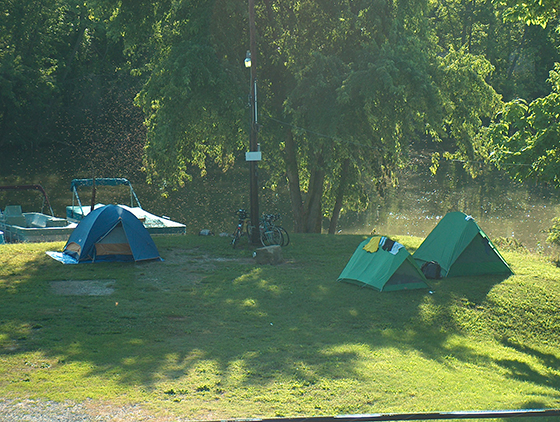 Our last campsite at Rocky Point Marina was along this little tributary just before it dumps into the Ohio River. If you look above the blue tent, you can see a swarm of mayflies. They were usually thick when we were riding along the Ohio River. Fortunately, they don’t bite. There was a nice restaurant just across the road where we had dinner and breakfast.

If you’re near southwestern Indiana, I encourage you to get out and travel by bike!