A Lifetime of Arthritis Doesn't Stop Jenn Ramsey from Cycling 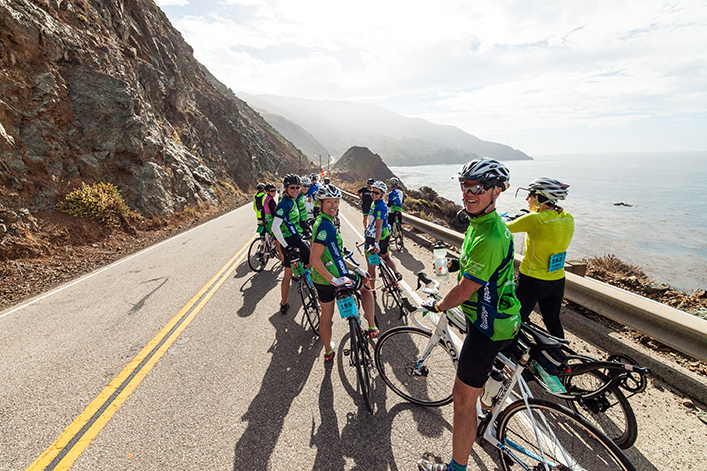 Diagnosed with polyarticular juvenile rheumatoid arthritis (JRA) at just 13 months old, Jenn Ramsey struggled with pain that prevented her from doing the things she enjoyed, like playing softball and piano.

In 2006, Jenn saw an advertisement for the Arthritis Foundation’s California Coast Classic Bike Tour (CCC), an ambitious eight-day ride on the California coast. Jenn lived in Virginia and hadn’t touched a bike since she was a child, but taking a leap of faith, she signed up, bought a bike, and flew to California.

A new independent study published by the Centers for Disease Control determined that arthritis now affects one in four people. Arthritis is the number one cause of disability and a growing health crisis affecting more than 50 million adults and 300,000 children.

Cycling is considered a bastion for many active individuals who cannot participate in other sports or activities due to osteoarthritis or one of the over one hundred other illnesses under the arthritis umbrella. In an article about cycling, the Arthritis Foundation Your Exercise Solution (YES) Tool says, “Cycling offers efficient, low-impact exercise for millions of Americans. It is a good cardiovascular exercise that strengthens leg muscles as well as the stabilizing muscles of the core. The repetitive knee motion, without constant impact, is especially good for arthritic knees because it encourages the production and flushing of fluids through the joint, lubricating it and washing away waste products.”

Although damage to her ankles prevents Jenn from walking or standing for more than 30 minutes at a time, she was able to complete the CCC, is now able to ride a hundred miles in a day, and has become one of the tour’s perennial participants. 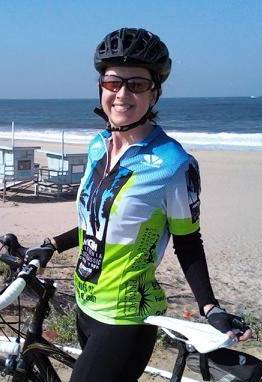 Jenn says that when she climbs tough mountains alongside friends, she doesn’t feel disabled — she feels strong. Her parents and family are still a huge source of love and support and have come out to the CCC every year to support her on the tour. Her hope is that the research continues to focus on finding the cause and a cure for this debilitating disease.

Jenn’s story reflects the powerful spirit of all those who ride hundreds of miles down the coast in the CCC each year. You can read more on Jenn Ramsey’s blog.

CCC riders range from novice to professional cyclists and go at their own pace to take in the coastline’s famous sites, lighthouses, and beaches. The tour has had riders use road bikes, hybrids, recumbent cycles, elliptical bikes, tandem bikes, and even a unicycle on tour! Recently a few riders have also opted for eBikes, which improve the cycling experience by increasing the rider’s endurance and by providing power to climb hills more easily.

While riders take in stunning scenery, explore coastal towns, visit wineries, and pedal through wooded terrain and expansive landscapes over the eight-day tour, they also become acquainted with the breadth of arthritis and adopt a sense of solidarity with those affected, some of whom, like Jenn Ramsey, participate in this tour.

The annual California Coast Classic Bike Tour is the leading fundraiser in the nation for the Arthritis Foundation. Currently in its 17th year, the CCC, presented by Amgen, is an eight-day ride down the coast of beautiful California and was named by Outside Magazine as one of the Best Road Biking Trips in 2015. The tour, held September 9-16, 2017, starts in the heart of San Francisco and ends in the iconic Pacific Palisades of Los Angeles overlooking the Pacific Ocean. The “CCC”, as it is affectionately known, is a full-service ride that provides the framework for one of the most incredible experiences of a lifetime — cycling from San Francisco to Los Angeles to help 50 million Americans.

The CCC offers camping or hotels, catered meals, happy hours featuring local beer and wine tastings, honoree presentations, mechanical support, and the opportunity to meet new friends along the way. While taking in the spectacular California coast from a bike is a bucket list item for many cyclists, scores of riders return year after year for the breathtaking views, personal challenge, camaraderie of friends and because of a resonating connection to the Arthritis Foundation’s mission — to conquer arthritis. 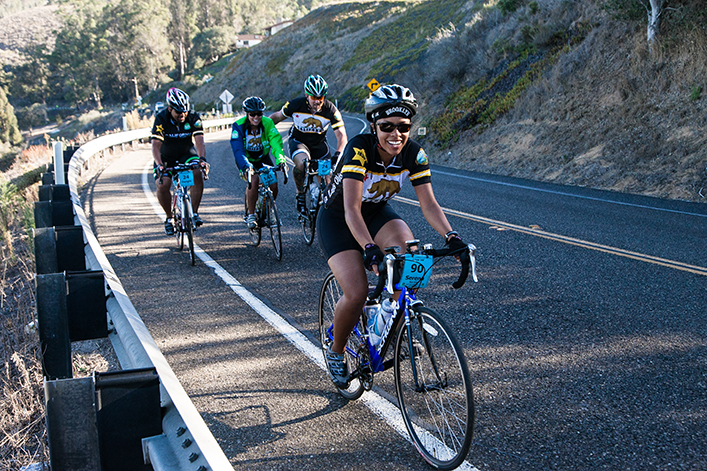 Israel Fregoso, a veteran CCC rider says, “I can talk for hours about every aspect of the CCC: riding along the California coastline, challenging climbs which leave you with just enough breath to be taken later by the views, crazy fun and fast downhills! But the people, they are what make this ride truly and absolutely the experience of a lifetime — by the end of eight days you become lifelong friends. And if all that is not enough, you are riding for a cause much bigger than yourself, the opportunity to support the fight against arthritis.”

Arthritis is a life-altering disease that stops one in four adults from doing what they love and keeps 300,000 kids from just being kids. You can be the difference they need by pedaling for a purpose. You’ll have the time of your life with other riders who are cycling for the same reason: raising crucial funds to support research for a cure and life-changing resources for those who suffer from arthritis in communities nationwide.

Register today for the ride of a lifetime at the Arthritis Foundation’s California Coast Classic Bike Tour and use code BONUS for $50 savings, plus a training pack including a cinch bag, CCC jersey, training snacks, CCC buff, and CCC swag! 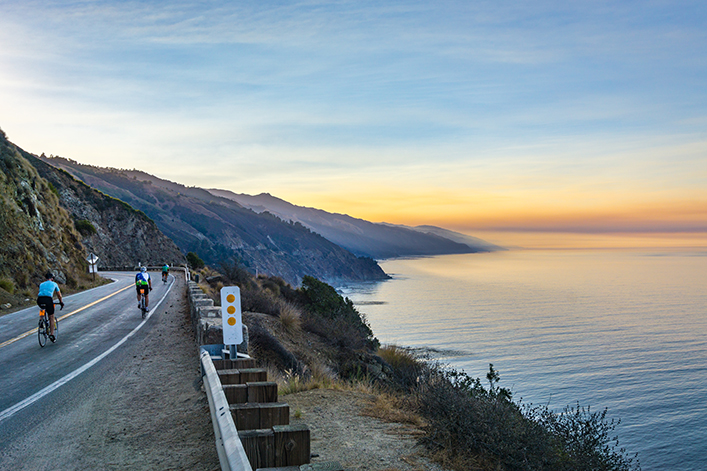 Great article. I too, have arthritis, but it's the other kind Osteo. I am really impressed and enthused about this lady. as a lifetime cyclist, I feel I need to get back on the bike, and start pedaling again!