The gift giving holidays are now in our review mirror, and if you didn't get that new touring bike you were hoping for, it's time to stand up and put matters into your own hands. For my last few tours, I have only used rear panniers and a handlebar bag for gear storage, so I've had light duty, or randonneur style bikes on the mind.

Just a quick note, when I talk about light touring, or randonneur bikes, the characteristics I'm referring to place us somewhere between road bike geometry and pure touring bike geometry. They would have shorter chainstays than a touring bike, a tall headtube, wide tire clearance, and often only rear rack mounts. Here are a few of the bikes I have really been keying in on as of late. 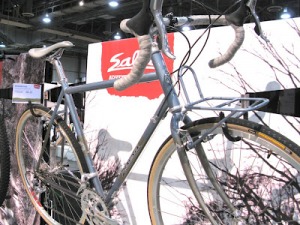 Salsa Casseroll ($1200): This edition of the Salsa Casseroll is entering it's second season, and it's a classy bike all the way. Some nice subtle frame features are the slight slope in the top tube, which gives you a little extra stand over clearance, and some really clean looking dropouts, especially the forward-facing fork dropouts. The steel frame and fork provide a smooth ride, you have front and rear fender mounts, and rear rack eyelets. It's cool to see a matching Salsa front rack included too. As for gearing, the mostly Shimano Tiagra 3x9 drivetrain gives you a good range, while the 12-25 cassette keeps the gears packed relatively close together. 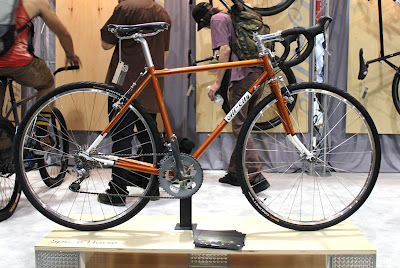 All City Space Horse ($1350): A new bike from All City. I love the name, love the paint job, and love that the steel frameset is coated inside and out with a rust protectant. Out of the gate, they claim a max load capacity of 30 pounds in back, and 20 pounds up front, which should be plenty of capacity for credit card touring and weekend jaunts. The drivetrain is pretty nice on this bike with Shimano's Tiagra 10spd group. The rear cassette has a wide 12-30 tooth range, while the compact crankset gives you a 50/34 tooth combo. 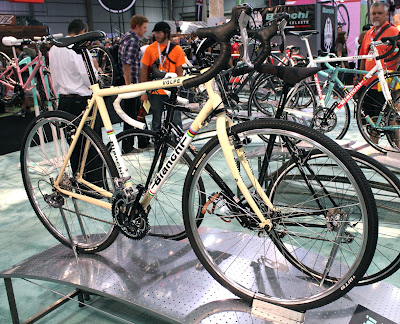 Bianchi Volpe ($1200): The Volpe has been in the Bianchi lineup for a long time, and has built a reputation as a good sturdy bike. It was originally considered a cyclocross bike, but with a steel frame and fork all setup with full rack and fender eyelets, it is begging for panniers and adventure. For the price, it is really cool to see a Shimano Tiagra 10spd group with an FSA triple crankset. You will still notice some cyclocross features on this bike, such as the top tube routed cables to keep them away from mud and grit, in addition to a slightly shorter headtube than you would normally see on a randonneur bike. There are also the WTB Terrainasaurus tires, which roll well on pavement, offer good punture protection, but also have some bite for dirt and gravel riding. 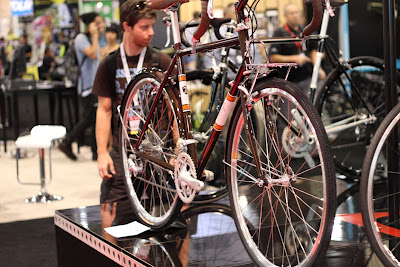 Raleigh Port Townsend ($900): Reynolds 520 steel tubing, painted to match fenders, front rack, eyelets for rear rack, Shimano 2x9 drivetrain with Dura Ace downtube shifters, all for $900. You really have to ask yourself, can I afford not to? Raleigh really killed it with this bike, and as a company, I like what they're putting out from top to bottom. Case in point, while you're on their site, be sure to check out the Clubman.

I'm sure all of those bikes are perfect but the cost is prohibitive for me (a beginner) and I would bet for many others. I don't think that helps to get folks started even with an avid interest. Isn't there less expensive models to get started on that are adequate? I'll probably only do one day rides at the most to begin with. Thanx

I appreciate this article and the information. I have done heavy touring in the past but now I am doing more credit card touring. This makes you remarks very important. I am riding a 2007 Bianchi Volpe now with smaller panniers. The models you have presented are worthy bikes. Thanks for the discussion of them. Material on gear for these type of bikes will always be welcome