If it’s April, it must be Sea Otter time, and indeed 2019 brought another trip to Monterey, California, for the annual celebration of all things cycling. With the industry tradeshow, Interbike, canceled this year, the pressure was on to launch new gear and make sales at the spring expo, all the while tens of thousands of cyclists roamed the aisles, demoed, and raced on the tarmac and trails around Laguna Seca raceway.

The touring and bikepacking world continues to be increasingly well represented amid the sea of mountain and road bikes. A few highlights of the show included: 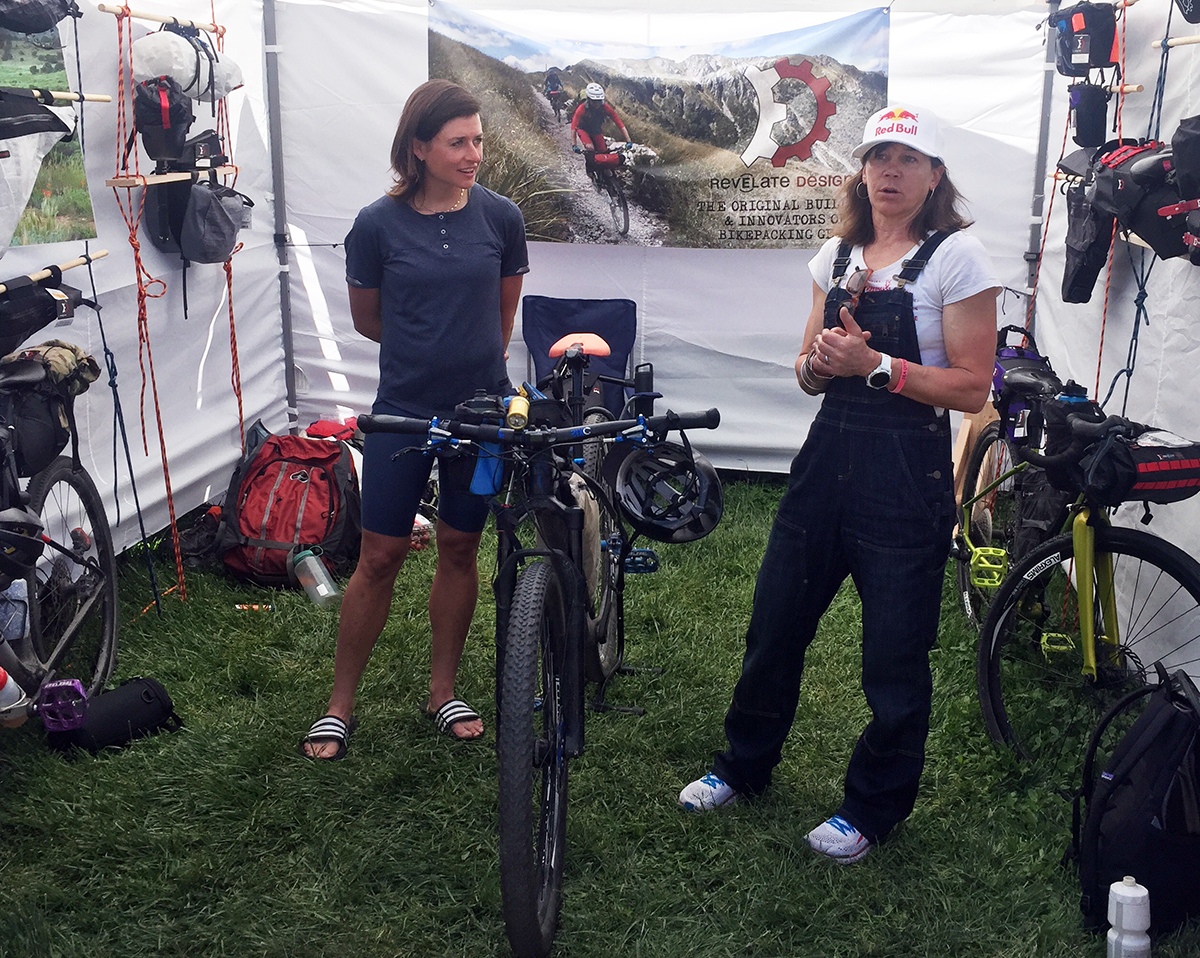 Revelate has some new product coming down the line (including a new zipperless framebag we’re excited about), but the real highlight from the Anchorage-based bikepackers was a Saturday session with legends Lael Wilcox and Rebecca Rusch. The pair presented on their strategies for packing, preparing mentally, and pushing their bodies to the limit in ultra-endurance races the world over. Even at a star-studded festival — pro riders and industry icons from multiple generations could be seen all week — Rusch and Wilcox left folks awed. 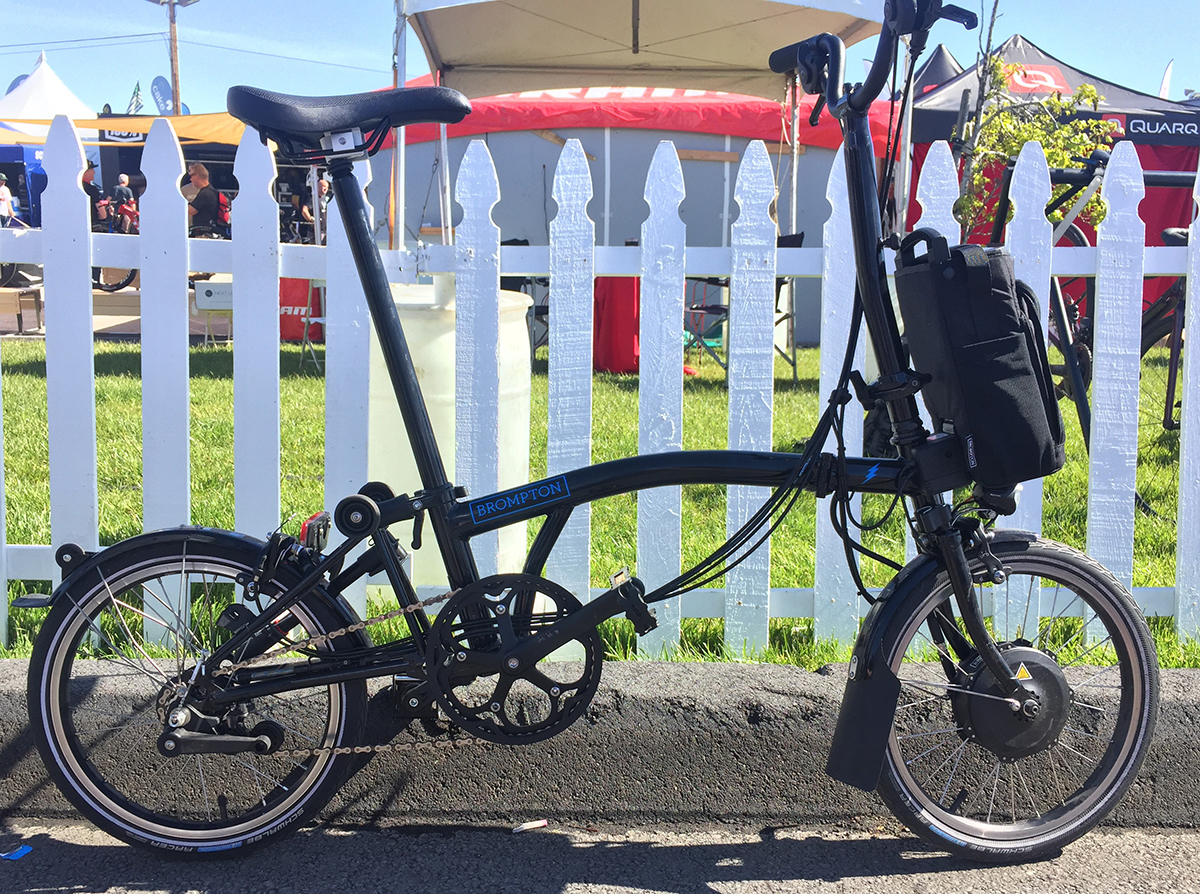 Without a hint of irony, I repeatedly heard non-eBikes referred to as “acoustic” as electrification continues to sweep the cycling world. And Brompton’s diminutive folders are not to be left behind. A new model, available in the U.S. this summer, offers assist via a front hub motor developed with the Williams Formula 1 team and a battery pack that clips to the bike’s front mount. A quick spin didn’t provide an in-depth look, but the motor’s 15 mph[sm caps] max provides a hefty push (pull?), and the simple controls don’t suffer from the lack of a head unit on the bars. It’ll cost you $3,500–4,000, but for a travel-ready eBike, this is an intriguing option. 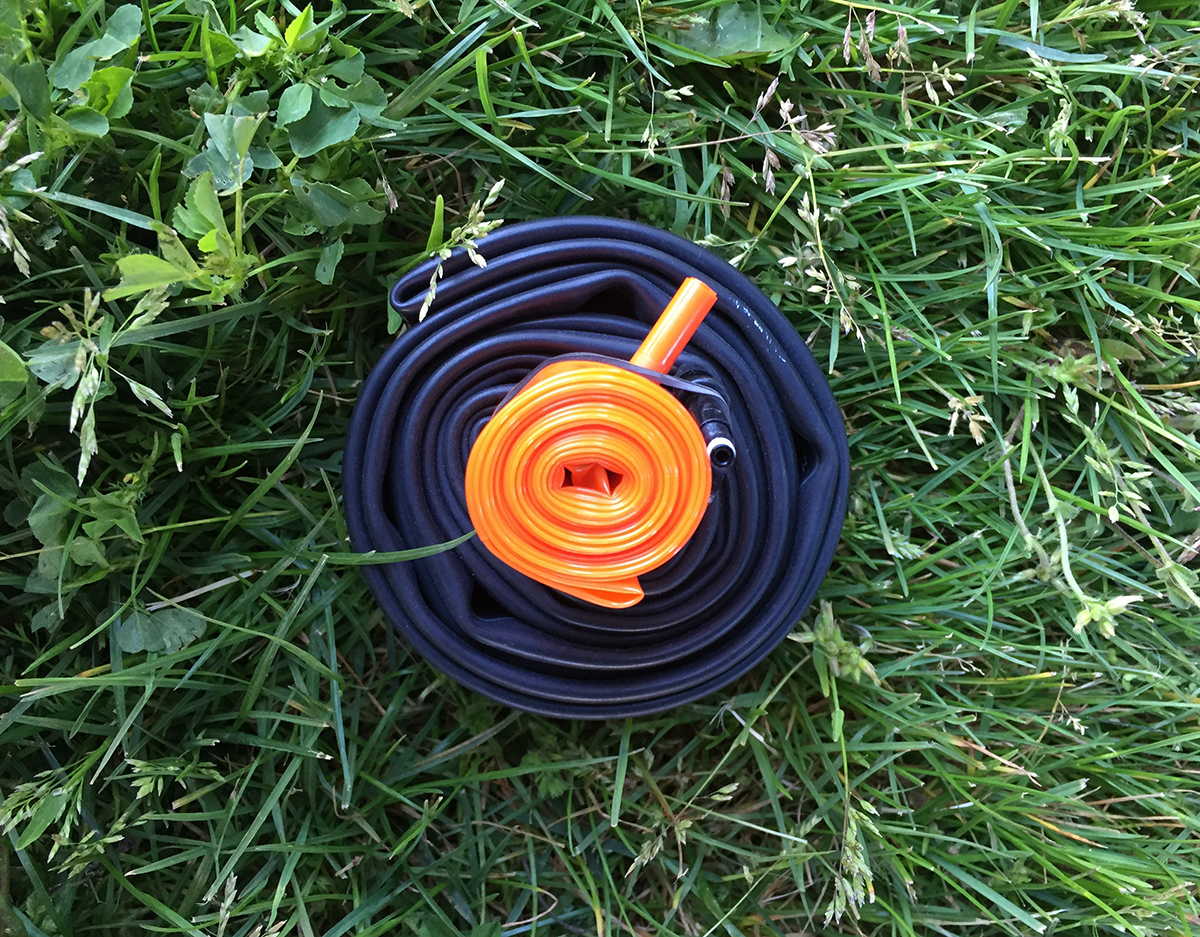 It’s not easy to get excited about tubes, but the tiny (seriously, so tiny!) TPU tubes from Tubolito offer an intriguing option in the age of tubeless. Considerably smaller than butyl rubber, these expensive (think 20-plus bucks) tubes offer an interesting option for carrying a spare at a fraction of the weight and size. To us this isn’t an everyday-use product, but rather an extreme space-saver that might be worth the premium as an insurance policy should your sealant leave you stranded. 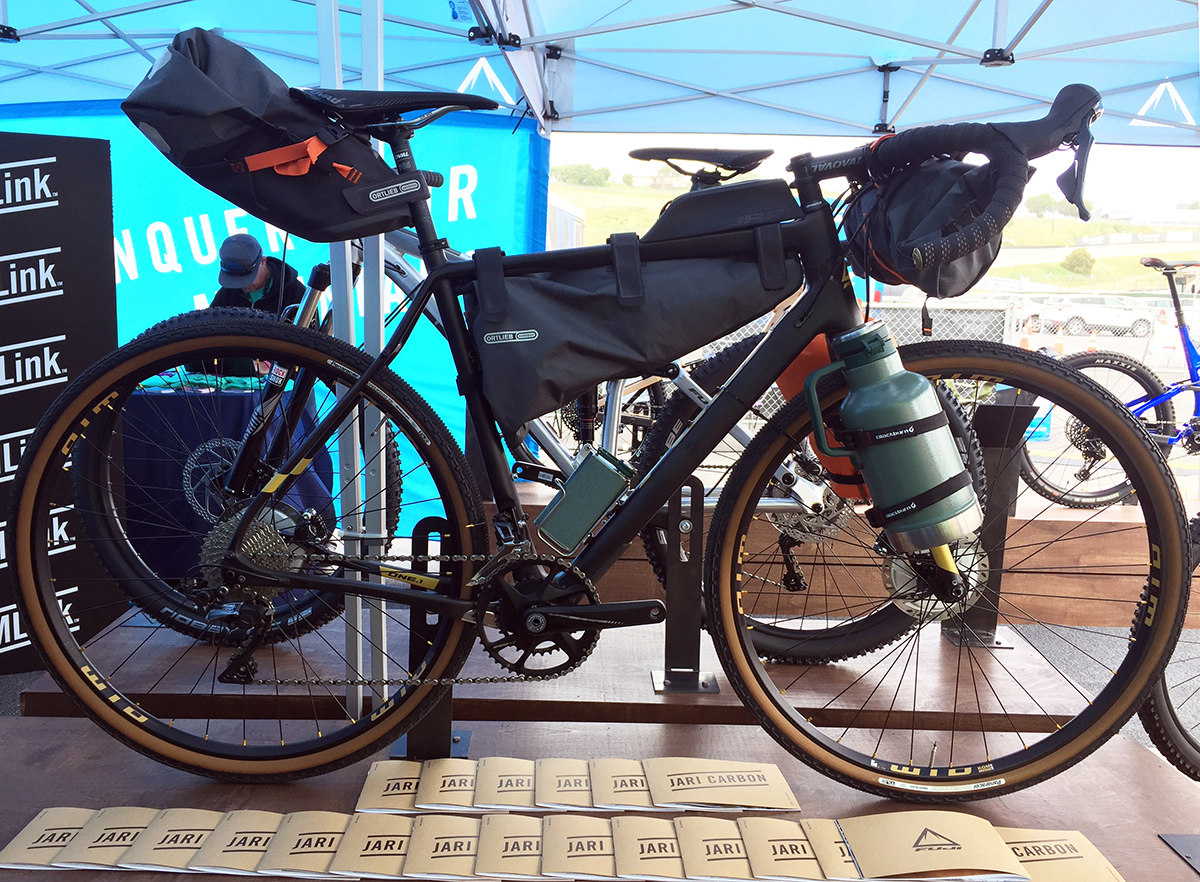 The Fuji Jari offers a versatile platform for gravel riding, touring, and bikepacking, and the brand known for its value proposition is now offering a higher-end carbon version. At $3,000, it’s far from a budget buy, but for a rider looking for a quiver-killing multisurface bike that could tour the TransAm and stop in Kansas for the Dirty Kanza gravel race along the way, the carbon Jari is one more modern interpretation of what a bike can be. 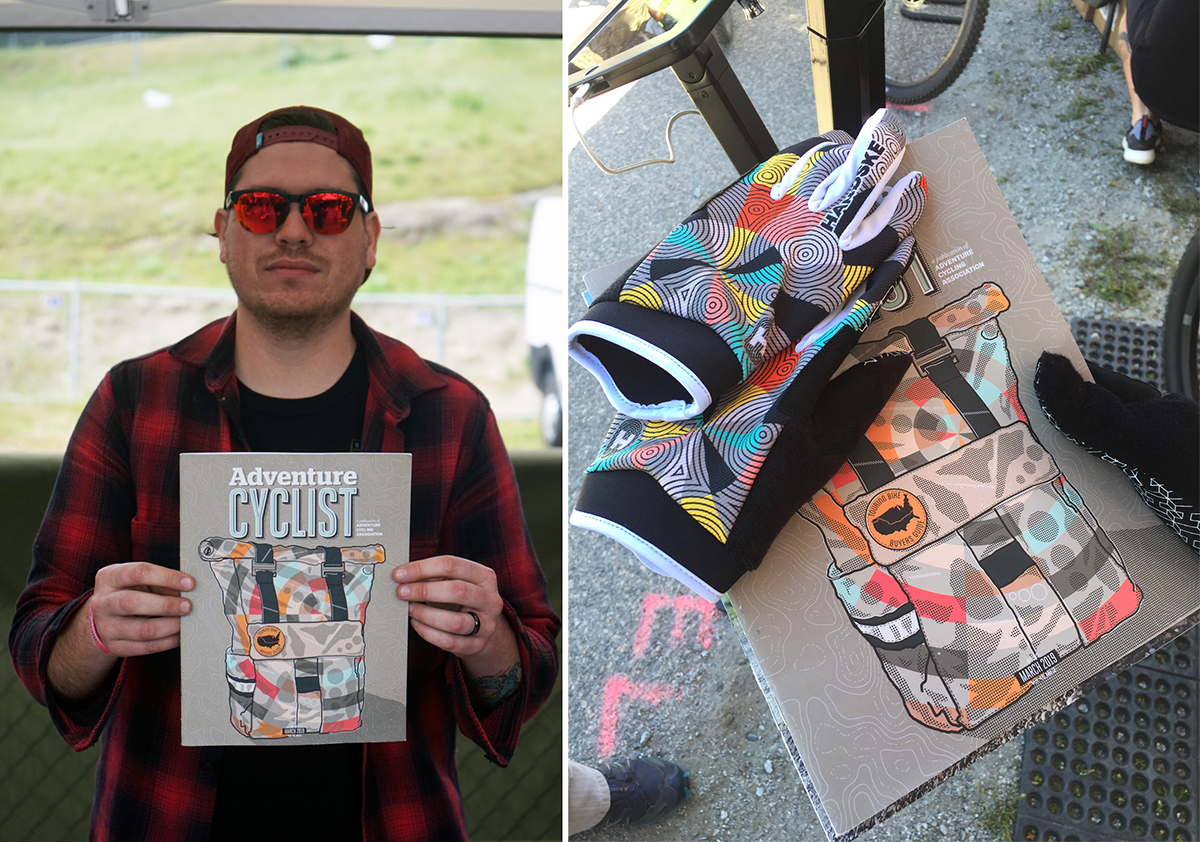 The illustrator behind the account @bicyclecrumbs has a day job at Portland-based custom builder Speedvagen, and with the glittering road bikes (and a prototype MTB!) on display at Sea Otter, we went searching for our March issue’s cover artist. Not only did we meet Mr. Crumbs, we later stumbled on a collaboration between the artist and Handske gloves. We believe this is called “synergy.” 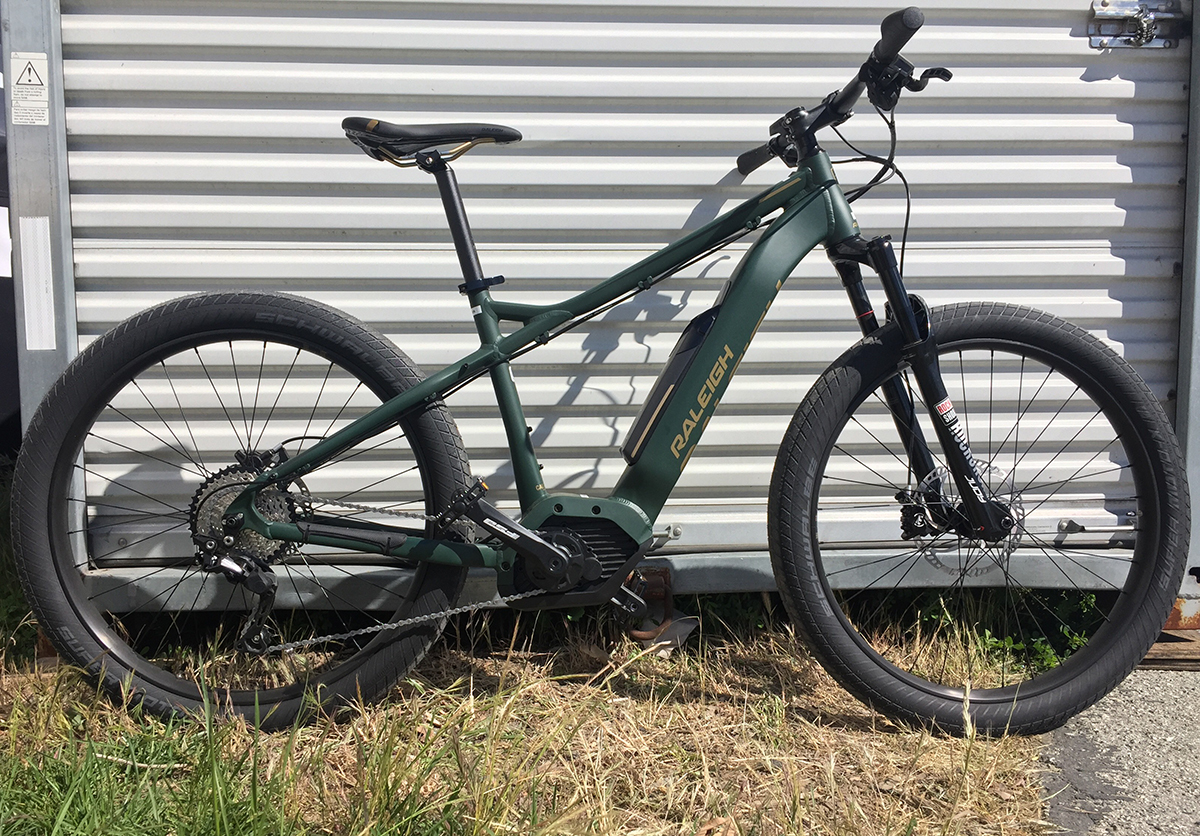 Raleigh and sister company Haibike offer perhaps more touring-ready eBikes than most, and the front-suspended Lore is an urban bike with the potential to be much more. A squishy fork comes at the expense of front rack mounts but delivers comfort on rough surfaces while burly but slick Schwalbe Super Moto tires make clear that this is not a mountain bike. Strap on a rear rack for light touring and match a bikepacking-style handlebar roll and partial framebag above the 500Wh battery for a touring machine. If you prefer the front rack option, the brand’s Redux is nearly the same bike except for a rigid fork. This is a Class 3 eBike, so it tops out at 30 mph[sm caps] and is not permissible on most trails. 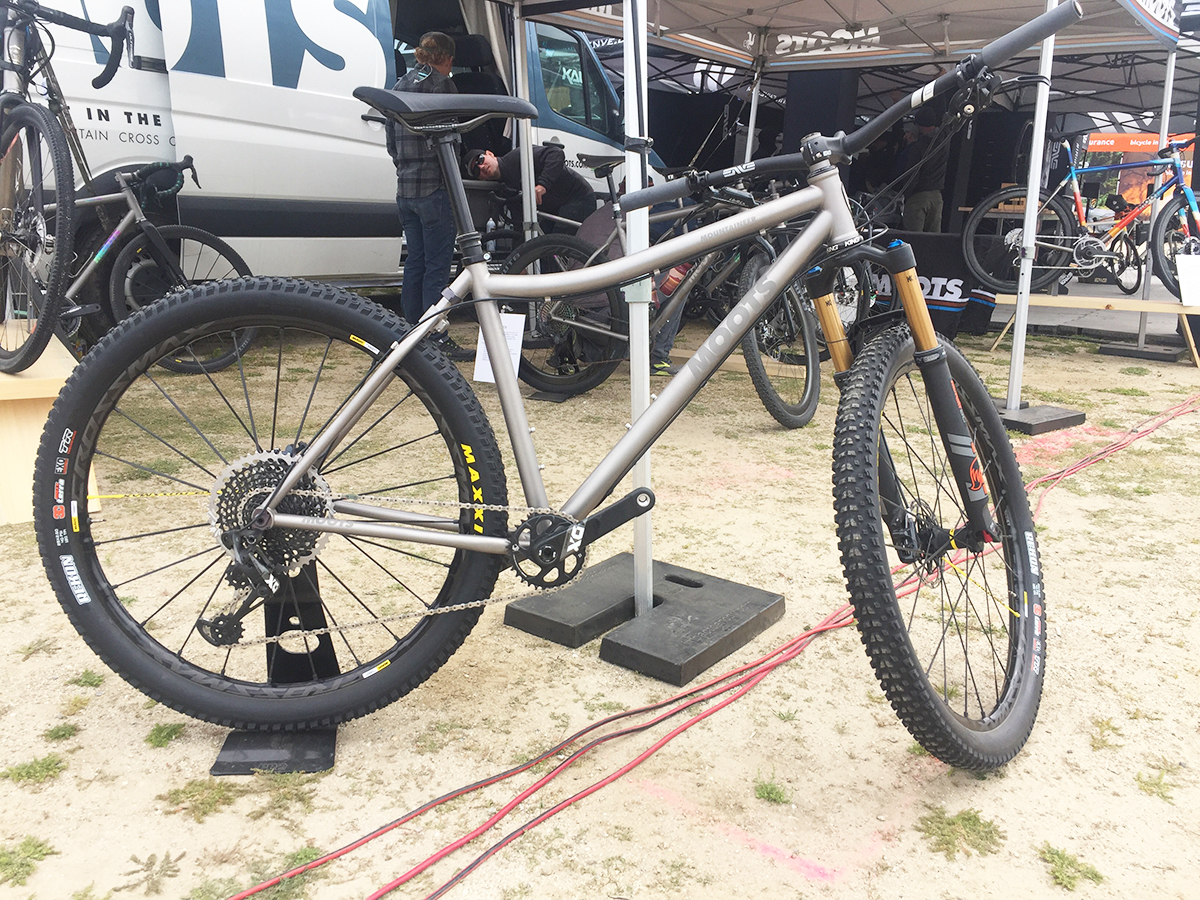 Moots takes a cue from its plus-sized Farwell mountain bike model and drops the top tube on its bikepacking-specific Mountaineer. The YBB rear “suspension” remains, as does the incredible Moots attention to detail, stack-of-dimes welds, and brushed finish, but a sloped top tube offers considerably more standover than the original version, which required an NBA-esque inseam. This is a dream bike, pure and simple. 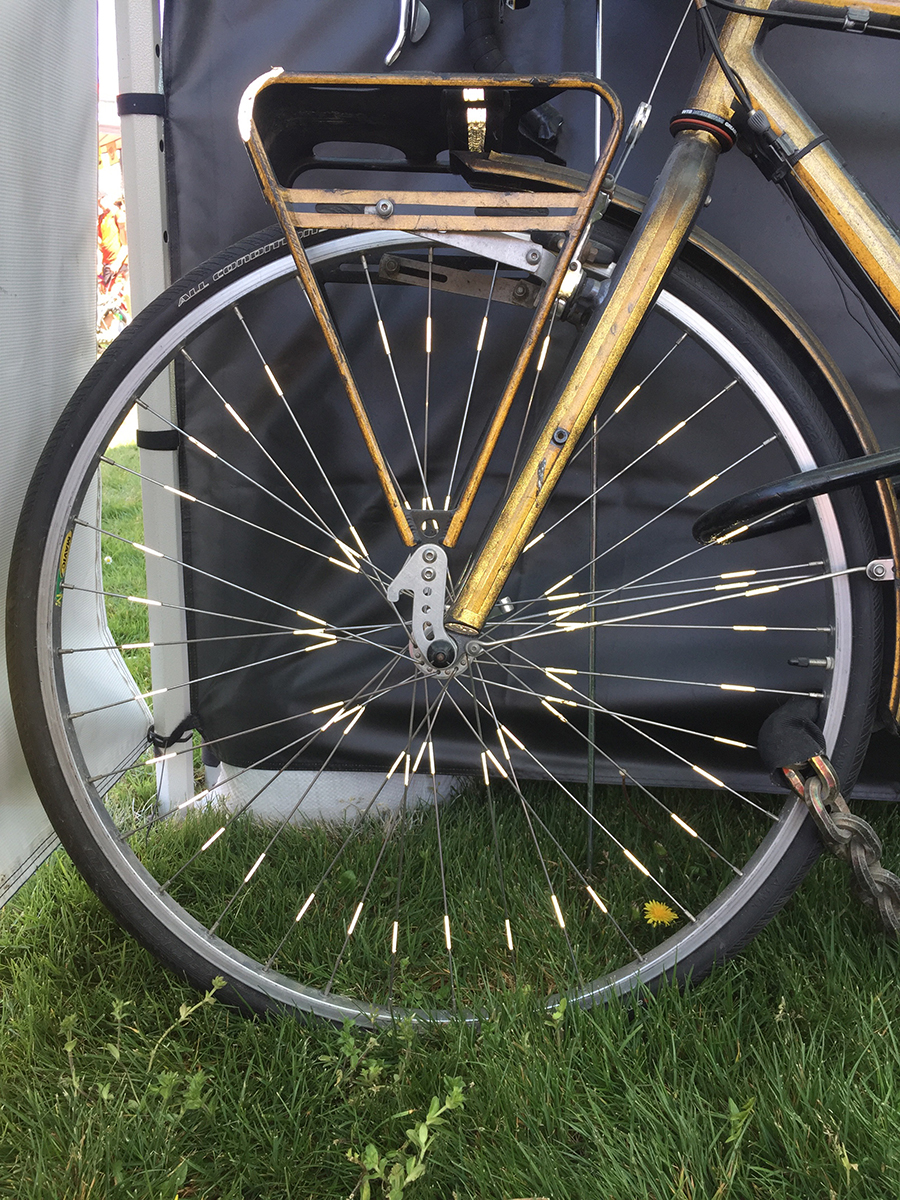 Founded by a former firefighter, Lightweights offers reflective tape in a huge range of colors and shapes to outfit your bikes and other gear with complementary accents that light up when hit with, err, light. From spoke accents to dots to rolls of tape — all in a wide range of colors to match or accent your gear — this wide-ranging solution can be used on fabrics and hard surfaces to increase visibility without compromising appearance. 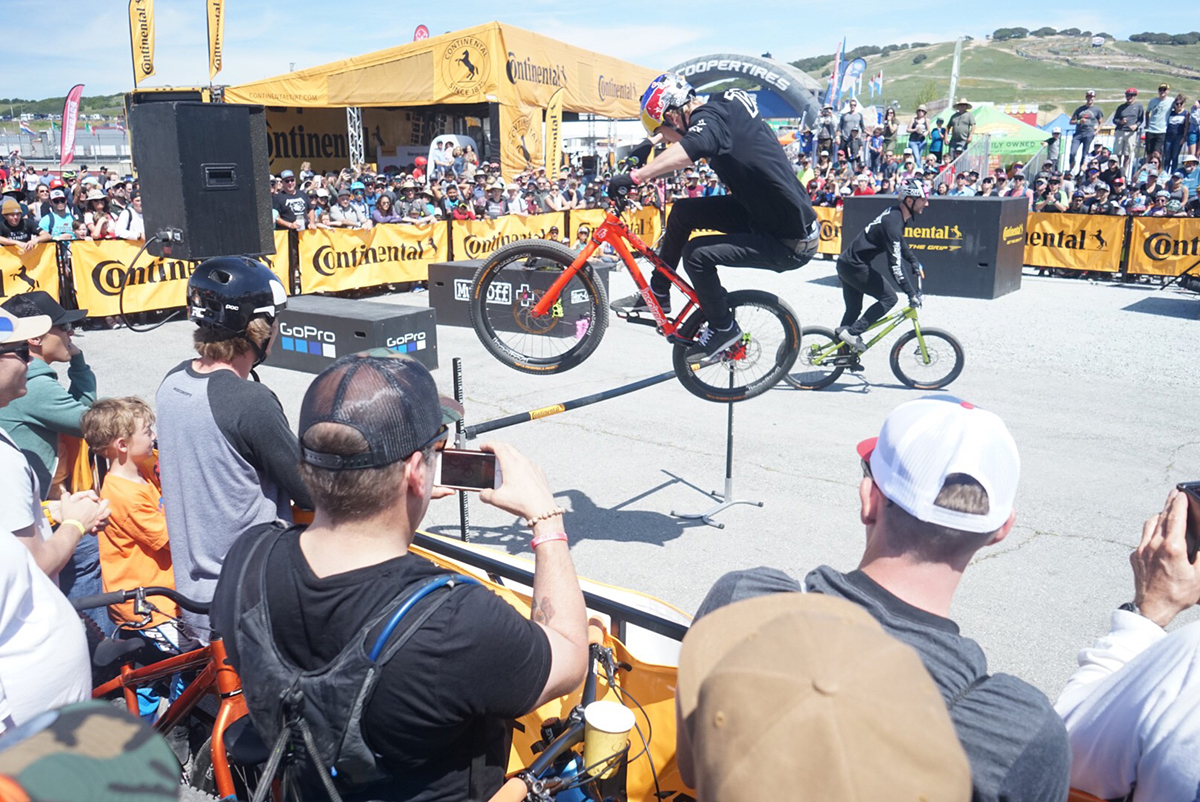 If you have access to the internet, you’ve probably seen Danny Macaskill. The Scottish phenomenon is, well, just plain fun to watch. Danny’s Drop and Roll show returned to Sea Otter and drew big crowds all week — and it’s not hard to see why. Accompanied by British trials champ Duncan Shaw and fellow YouTube sensation Fabio Wibmer (who grew up watching Danny and now rides alongside him), the show is about as much fun as you can have without being on a bike yourself. You can’t walk away without questioning everything you thought was possible on two wheels.