This article first appeared in the Oct./Nov. 2021 issue of Adventure Cyclist magazine. 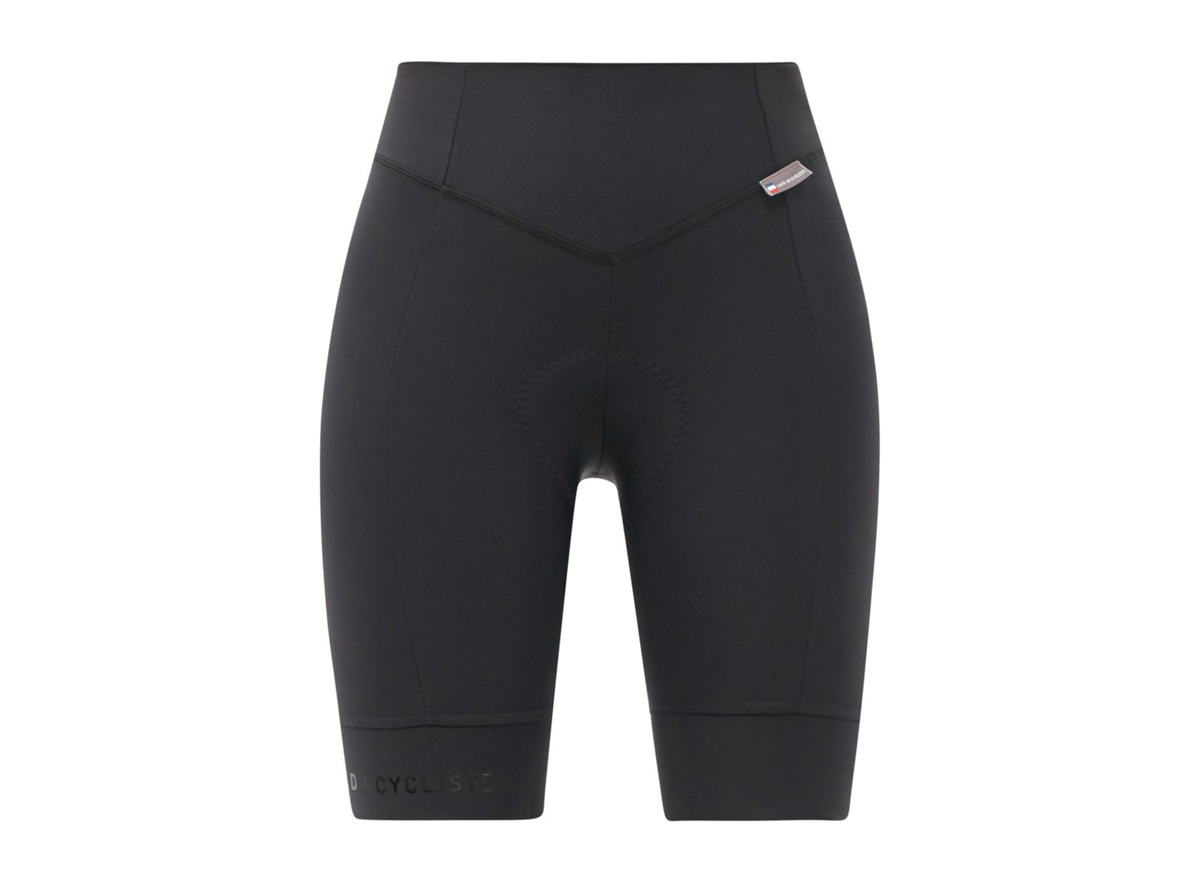 I mostly wear bibs when I ride because I hate anything too binding around my waist. Café du Cycliste’s Celine Shorts gave me the comfort of bibs without the extra upper body fabric. They were cooler on humid summer rides, and sometimes it just felt good to have fewer layers on top. The Celine shorts have a high and broad yoga-style waistband. The panel-construction shorts are cut high in back for support, and the front waistband is flat at the top but cut and sewn into a V-shape that didn’t pinch or roll. The chamois pad was comfortable in all weather and for all kinds of riding. The pad is stretchy, so it moved with me, and I never felt like I had to pause my ride to reposition. The legs had nearly invisible silicone gripper that kept them from riding up without leaving a rash on my legs or pulling hairs. The Celine is a pricey pair of shorts, but it’s made in Europe with super high-end materials, so it’ll last. I’m on my second season with the same pair. With more than 30 days of riding in these so far, I only have good things to say about them.  –Berne Broudy 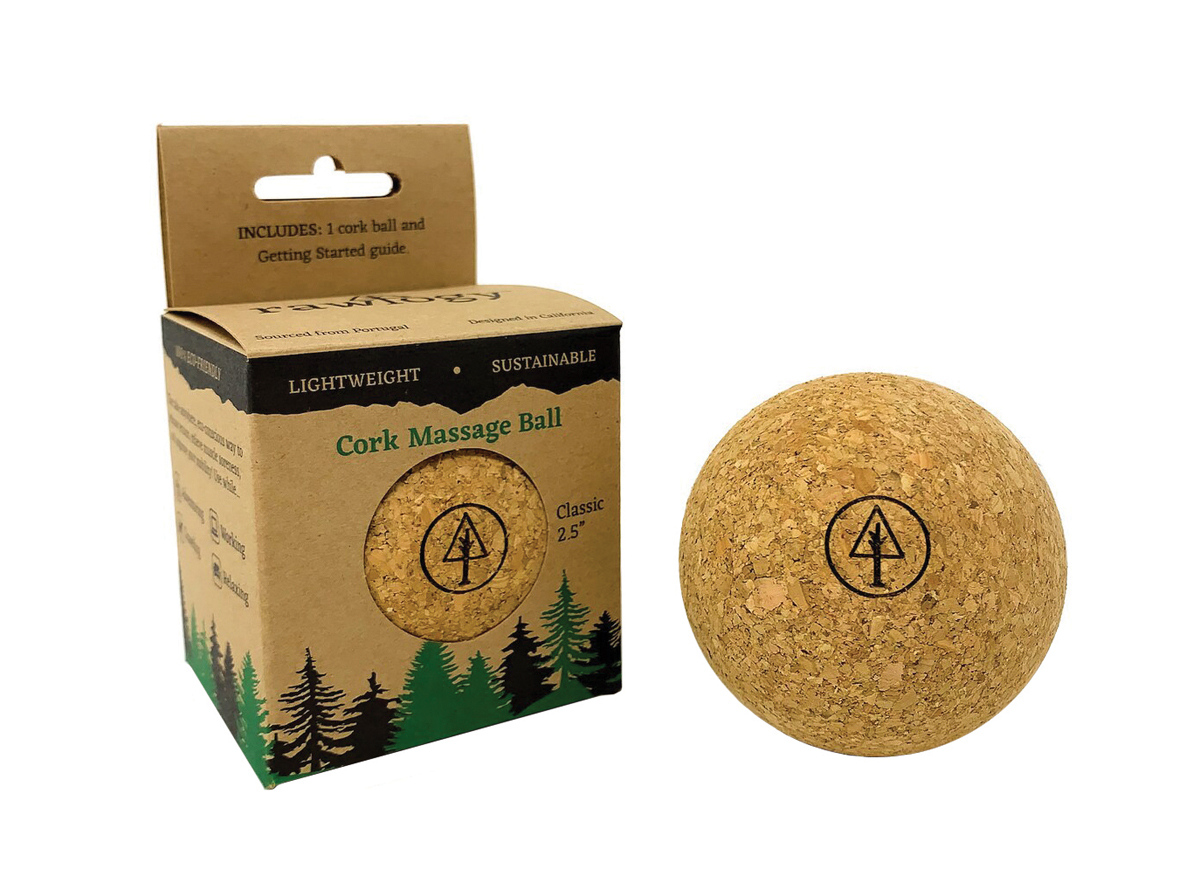 When I climb off the bike at the end of the day, inevitably various body parts hurt, including my hands. So on my last tour, I brought along Rawlogy’s Micro Cork Massage Balls. The three marble-sized balls in their little drawstring pouch weigh 0.2 ounces each and dish out a ton of relief. When I stopped riding for the day, I dug into sore spots in my hands with the balls on a picnic table or countertop, targeting areas that sounded crunchy, which was usually where the pain was. I also rolled my feet using the micro balls. I’ve used other foot rollers, but these balls let me dig in with focus. They’re made for working out sore muscles in the hands, feet, jaw, and wrists, places that are often forgotten by normal stretching routines. I can attest that using these at the end of each day of riding on my hands and feet felt really good, even when it hurt to get started. The balls, which are made from sustainably harvested Portuguese cork, are ultra-firm, naturally antimicrobial, and water resistant. I like these so much that when I am not on tour, I keep them on my desk and roll my hands and feet when I am on phone calls. Rawlogy also makes tennis ball-sized and plum-sized cork massage balls that are super light compared to other options out there. The larger-sized balls work magic relieving soreness in calves, quads, shoulder blades, and more.  –BB 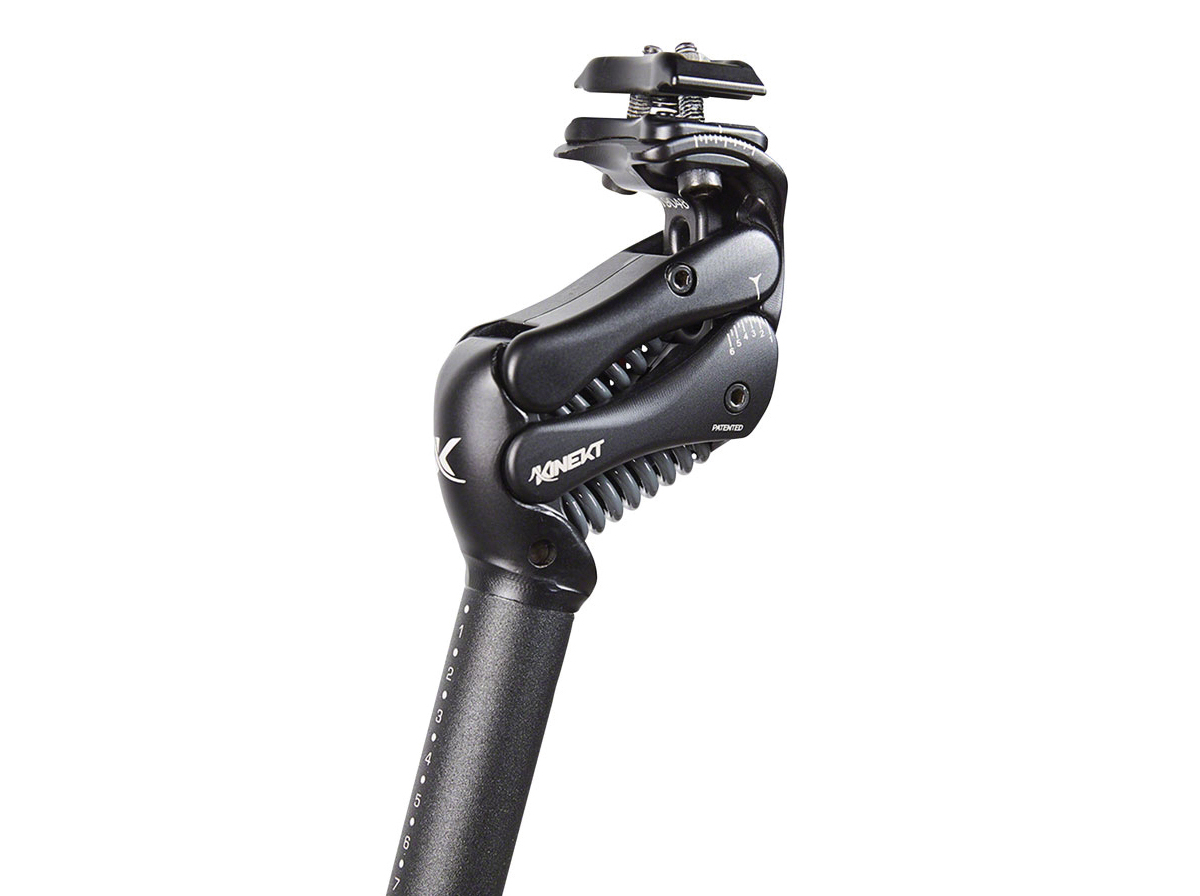 Finding the most comfortable setup for my gravel touring bike is a seemingly endless battle between bike and butt. My bike isn’t set up for internal routing that would accommodate a dropper seatpost, and even still, a dropper wouldn’t be the best solution for the thd-thd-thd-thd-thd of riding over countless small rocks or over long stretches of poorly paved roads. The Kinekt 2.1 Aluminum Seatpost isn’t quite the answer to all of life’s problems, but it’s certainly aiming in that direction. Any time I hop on this bike after having ridden something else, I have the immediate feeling like my rear tire is low. It’s a little unsettling, but I get used to it fairly quickly. This seatpost does a great job at smoothing out a ride’s wrinkles, and after a long day in the saddle climbing up a dirt pass, I can certainly feel the difference compared to similar rides with a standard seatpost. At more than a pound, it’s over twice as heavy (and twice the price) as my Thompson Elite post I’d been running, but with a loaded bike I’m not too gram-sensitive. With the pivoting system under the saddle, it doesn’t affect saddle position but it does lessen the options for mounting a rear light or utilizing a seatbag, and if you are riding on the sort of terrain where you’d most benefit from a device such as this, a seatbag would likely be preferred over panniers due to cargo getting bounced around. Like all things in life, there are pros and cons to consider. But for day trips where I can stash all my goods in my front handlebar bag and not worry about my seatbag, this seatpost has made my rides much more comfortable.  –Carolyne Whelan 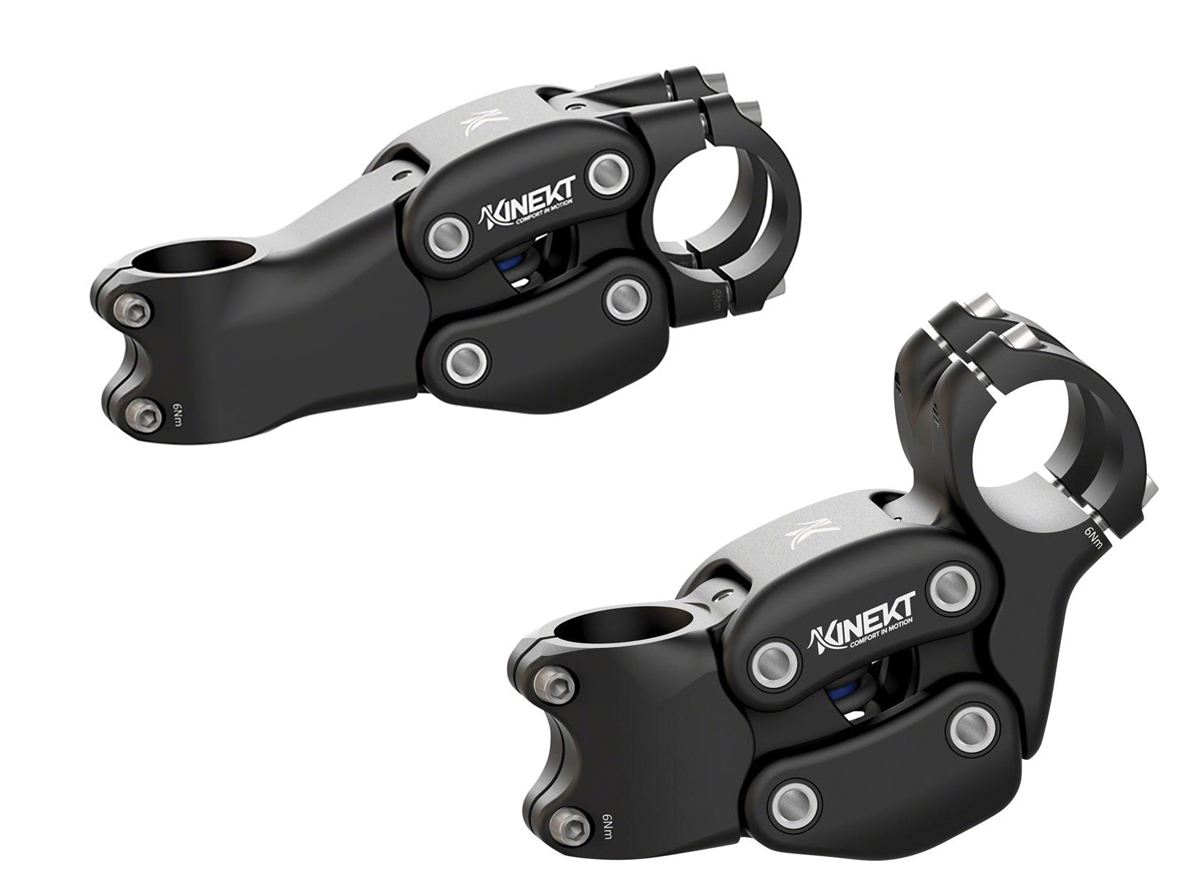 When I first installed this stem on my bike, I was a bit skeptical about how it would actually work. If your hands are always pushing down on your handlebars, won’t the suspension bottom out? And if you have a handlebar bag loaded up, won’t that also bottom out the suspension? The stem is pretty stiff, and in wanting to utilize the suspension system I am also more aware of how much I lean on the handlebars and try to spread my weight and power a bit more evenly. I don’t think that was a planned benefit of this design, but it certainly has helped my posture. With that, I have used this stem with no bag; a lightly filled bag with just my phone, wallet, and a sandwich; and a weighted bag filled with a six-pack of beer and some dinner for friends, as well as most of my camping gear for an overnight trip. In all these variations of a weighted ride, given my light-leaning on my handlebars, I have felt the suspension work as the bike rides over turbulent terrain, whether it’s bumpy gravel or old pavement in desperate need of repair. I’ve been pleasantly surprised at how well it works, which can be felt not only in the micro-movements as I ride but also in the noticeable lack of fatigue in my hands and arms. Is this the result of a stem that is taking up a lot of the burden of an uneven riding surface, or my own corrective positioning? It’s hard to say. But after a few months with this stem, despite its bulkiness and (sorry, Cirrus) ugly design, I haven’t even considered switching back to the rigid stem that was previously on this bike. The long rides that previously left my hands numb have remained comfortable for their duration. And slightly less important but still of note, that six-pack stayed put and the beers never got shaken up.  –CW