Geared Up: The If-You-Can-Find-It Edition

A few years ago, Trek’s Bontrager brand made waves (get it?!) with a new technology called WaveCel, a cellular liner that they claimed provided superior crash protection. As a longtime fan of Smith helmets, which feature a somewhat similar technology called Koroyd, the Bontrager immediately caught my eye. But new tech comes at a price, and initially WaveCel found its way into the brand’s priciest lids. With the Starvos, however, WaveCel is available for a penny short of a Ben Franklin.

Of course, writing about helmet safety features is by nature a tricky beast — I assure you we are neither lab nor field testing for impact resistance! —  so let’s just point out that Virginia Tech’s helmet lab gave the Starvos a 5-star rating, its highest, and like all helmets on sale in the U.S., it meets the Consumer Product Safety Commission standards.

Feature-wise, the rest of the Starvos will feel familiar with its ratcheting adjustment dial in the rear and fairly standard clasp. The padding inside the helmet seems quite minimal with little more than a forehead sweat stopper and thin rails of padding up top, but for my large and lumpy head, the fit was quite comfortable in my size large test model.

It takes only a cursory look at the WaveCel material to see how it would function in a crash — think of plastic straws arranged in a bunch and how they’d crumple on impact — but because the liner is arranged so that it’s always perpendicular to your head, it’s sometimes at odds with the outer layer’s vents. A common complaint about Smith’s Koroyd helmets was that they’re hot precisely because the vents and the liner don’t play nice, and indeed Bontrager’s design suffers from a similar situation. I’ve heard anecdotally that those with close-cropped hair (or perhaps lacking in the follicular department) find the ventilation plenty, but as someone sporting a quarantine mop that would make Rod Blagojevich blush, I did find the Starvos a little warm on hot days.

Still, the WaveCel is a pretty enticing insurance policy against a serious knock on the head, and with this kind of tech trickling down to the $100 price point, this is a can’t-miss.  –Alex Strickland 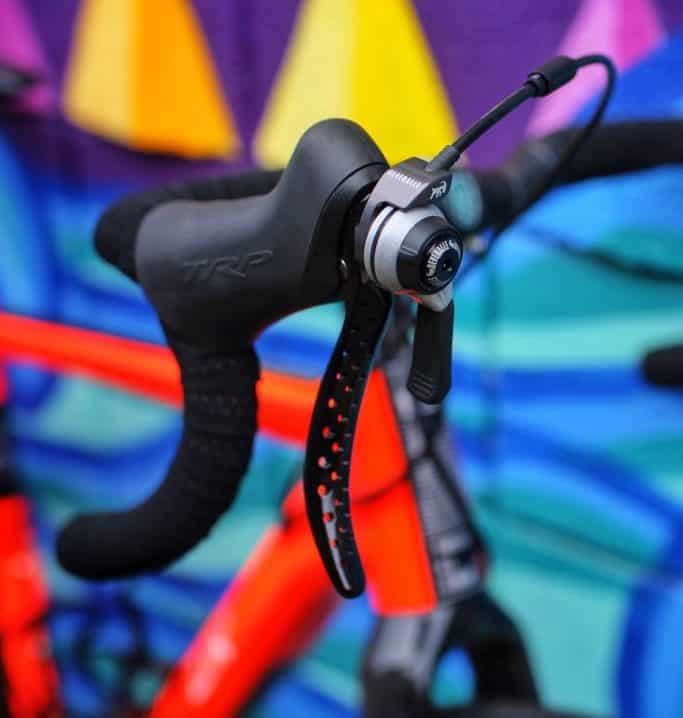 When I rode a thousand miles around the Arkansas High Country Route, the one thing I wasn’t expecting to fail me was my SRAM Rival DoubleTap. Now, I’m not knocking SRAM — it wasn’t their mechanism that failed. I’d used and loved these brifters for years, and it never occurred to me that shifting approximately 1,700 times a day for nine consecutive days could potentially leave me with short-term nerve damage in my index and middle fingers. It took me about two months to regain full strength and mobility in my hands after that adventure. Arkansas isn’t tall, but it sure is steep.

I set out to find alternatives to help avoid that nerve damage next time. Most folks will turn to electronic shifting for the light touch, but I wasn’t keen on adding another item to the list of things to charge along the way, especially since I prefer to take the more remote route while bikepacking and can’t always count on power outlets.

For a much lower price than e-shifting, Gevenalle’s 1x12 brifter set with hydraulic brakes is a pretty excellent, albeit visually wacky, option. It’s essentially an indexed thumb shifter mounted on TRP Hylex RS brake levers. I anticipated a slow and awkward transition from SRAM, but Gevenalle’s mechanism is pretty darn straightforward. I use my index finger to push from right to left (cycling from hard to easy gears) and use my thumb to push back from left to right for the first couple easy gears until the lever is pointed more to the right of the hood. It really doesn’t take much effort in between gears, and switching up finger motions helps avoid any kind of repetitive strain. Something to keep in mind if you’re a SRAM person like me is that the brake hoods are a full inch longer than my SRAM hoods, which resulted in me needing a shorter stem than anticipated, but I appreciate how comfortable the hoods are on my hands. It’s also strange to shift while in the drops, but I haven’t found myself being put off by that.

Although Gevenalle offers both SRAM and Shimano compatibility, I went with SRAM GX Eagle components. I’ve got all the gears I could ever want with a 10–50T cassette and a 42T chainring! Gevenalle also does a good job of keeping up with the nonstandard industry standards and offers a choice of flat- or post-mount brake calipers. The TRP brakes themselves feel so solid in action, are highly sensitive, and don’t squeal like other hydro brakes I’ve used. Overall, I’m so happy I gave them a shot, and my hands and wallet are happy too.  –Ally Mabry 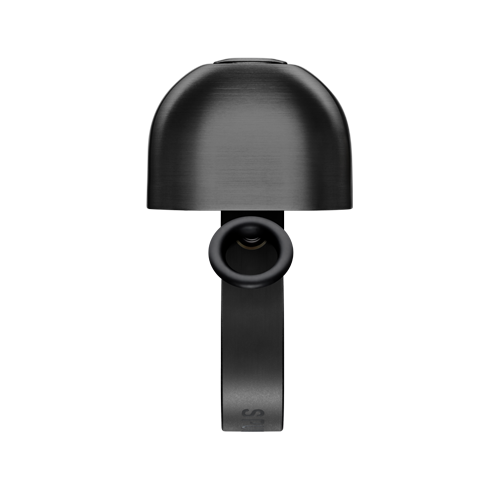 Spurcycle’s original bell was a Kickstarter darling when it launched back in 2014, raising a cool $330,000 (the goal was 20k … ) en route to turning the humble bicycle bell into an object of desire. And desire them I do. I love Spurcycle bells — they sound lovely and class up any handlebar. But 50 bucks for a bell? Yeah, I hear it.

Now there’s a new “budget” model for $10 less, but this nylon-clamped compact version has a few tricks up its less-flashy sleeve. First, the striker is now inside the bell housing, which admittedly doesn’t look as striking (rimshot!) as the original, but coupled with a slimmer nylon lever and band, the mounting width is half of the first version. This makes the Compact easier to mount between handlebar components. It’s designed for only 22.2mm bars, which means flat bars only, and I tested this model on both a commuter and my mountain bike. Though I typically prefer a Trail Bell or Timberbell noisemaker for trail riding when I can either open or close the bell rather than having to manually hit a lever, I found the ability to mount the Compact in some different spots made it much easier to use on rough ground. The bell housing itself is the same size as the original, and I found the tone just as loud and clear.

Downsides? Well, the bar mount restriction is one — the original can use different bands for different bar sizes — and the second is closely related: repairability. For what amounts to a splurge, it’s nice to know that a bent lever or mangled band doesn’t mean the end of your bell, and Spurcycle has admirably offered replacement parts for at-home fixes for very reasonable prices. The Compact’s cheaper nylon parts don’t offer the same serviceability.  –AS 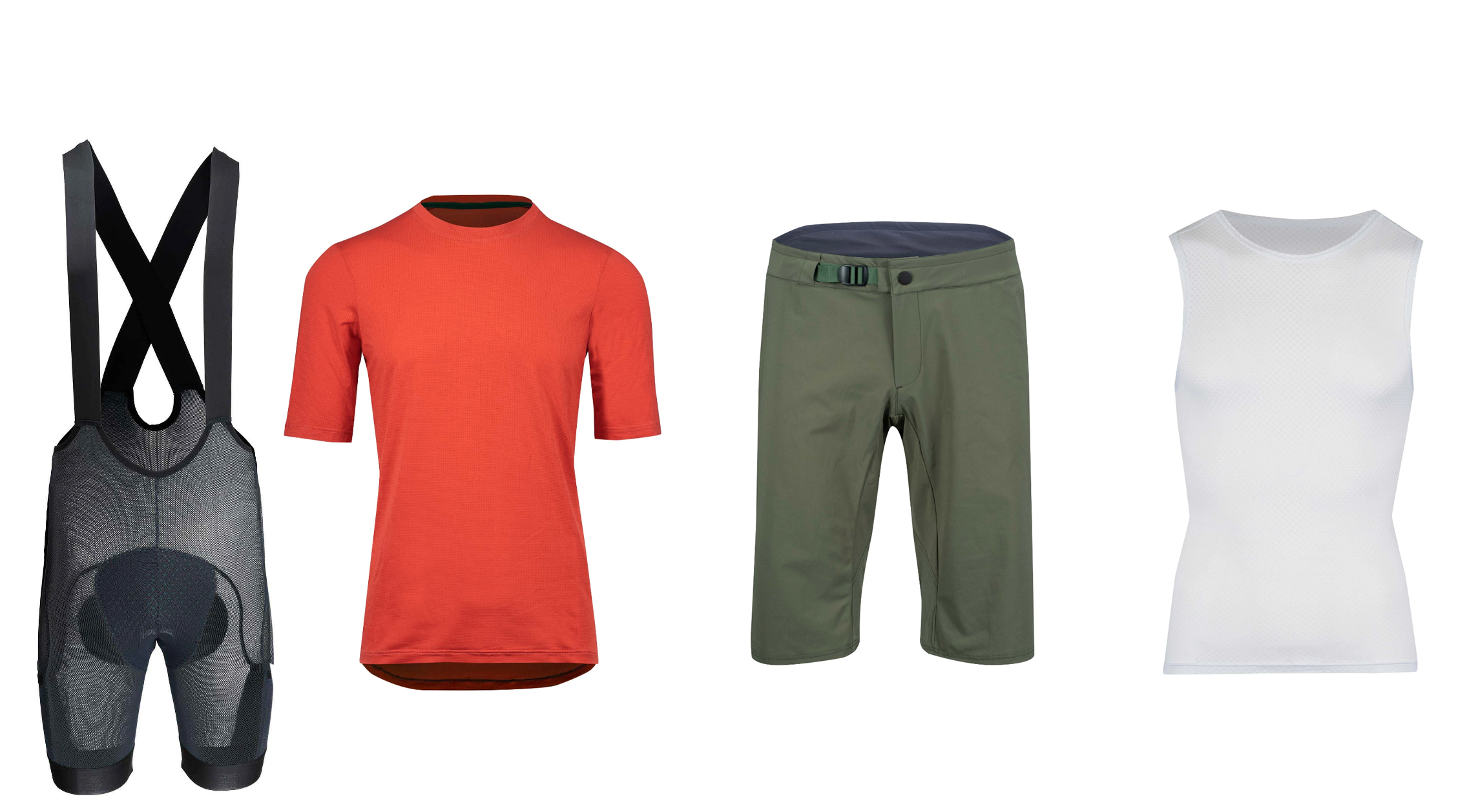 We don’t often review entire kits at Adventure Cyclist because, well, we generally don’t wear kits! We usually grab the least smelly pair of bibs out of the drawer or pannier and wear whatever jersey we have on hand. But looking at a whole kit makes sense when each piece is intended to work with the other. Velocio’s Trail kit functions as a system to provide the cyclist with the usual benefits of quality apparel: comfort, temperature and moisture regulation, and, yes, good looks. But the Trail kit has another benefit that makes it unique: stash pockets!

Note on sizing: I wore a men’s medium for all four pieces reviewed below, and they all fit true to size with a slimmer cut. If you think you’re on the upper end of a given size, consider sizing up. Women’s sizes are also available.  –Dan Meyer

Bibs are the base of any good cycling kit, and Velocio’s Mesh Bib Liners are among the best out there. The lowers are full mesh, and as such are extremely breathable, light, and stretchy (and see-through!). The chamois is fairly low-profile compared to what’s in many road-oriented bibs, but I found it to be very comfortable. And the straps — oh, the straps. In my experience, Velocio’s bib straps are the best in the biz: they’re wide, flat, and stretchy, and they absolutely refuse to bunch up or slide out of place. Good straps are the key to quality bibs, and Velocio has nailed it. But don’t forget the pockets! The Bib Liners include a sizable cargo pocket on either leg, big enough for today’s oversized smartphones, a wallet, snacks, or even a banana or two. (The Mesh Bib Liners are available without the cargo pockets for $129.)

I don’t often wear a shirt under my shirt while riding bikes (especially in the summer), but I make an exception for Velocio’s Trail Base Layer. Made of recycled mesh, it weighs next to nothing and breathes very well. The Base Layer is meant to be form-fitting so as to aid in moisture management while wearing another layer over it. It seems a little counterintuitive, but it works. But what makes the Trail Base Layer unique is its pockets. Like a traditional road jersey, it has a trio of pockets in the back for carrying tubes, tools, snacks, or even a water bottle. Indeed, I carried a small water bottle in the center pocket with snacks in the other pockets and everything stayed put, even during fast, rowdy descents. If you’re averse to wearing a pack of any kind while cycling but still want to carry stuff, Velocio’s Trail Base Layer is a clever solution.

Unlike a lot of mountain bike–style cycling shirts, the Micromodal Trail Tee has a slim fit and tighter, longer sleeves. It makes for a flattering cut and, let’s face it, a very nice-looking riding shirt. But it also fits well over the Trail Base Layer (see above), with a drop tail to ensure coverage when the latter’s pockets are full. The Micromodal’s fabric is soft and stretchy, and it breathes well with or without the Base Layer underneath it. As a bonus, the shirt’s fabric carries a UPF 30+ rating for sun protection, which should really be mandatory for cycling apparel anymore.

To complete the package, Velocio offers the Trail Short: simple, lightweight shorts meant to be worn over the Mesh Bib Liners. The Trail Short is a little longer than what I usually wear, with a slim-ish cut and a slight flare at the bottom to accommodate knee pads, if that’s your thing. There are zipper pockets on either thigh that sit to the rear of the Bib Liners’ cargo pockets, an integrated belt, and, well, that’s it. (Velocio recently updated the belt closure to keep it from loosening while riding, and I can attest that the new belt is a big improvement.) Of all the pieces reviewed here, the Trail Short is the one I can take or leave. It’s not among my favorite riding shorts, and, frankly, I think the price is a little dear for what you get.

I ordered a frame from Italy in mid February. It was supposed to take "5 weeks". I got it July 2nd. Yes, supply is low and production schedules are definitely disrupted. If you're buying a bike right now that is not in inventory expect delays.