Geared Up: Gears for Gravel Bikes

While preparing for a tour in southern Oregon, I realized I had to make some changes to my beloved gravel steed. Like many bikes in the gravel/adventure/all-road/whatever category, my Salsa Warbird came equipped with road gearing: a compact 50/34T crank paired to an 11–32T cassette. It was a fine spread of cogs for my casual journeys on the fire roads of Montana. It would not, I predicted, be fine for a fully loaded weeklong tour with plenty of steep mountain passes on the schedule. Something had to be done.

I wanted lower gearing, but I didn’t want to resort to some janky, jury-rigged setup that would fall off my bike on the backroads of the State of Jefferson. Nor was I willing to replace my SRAM Rival 22 shifters and derailers. It had to be a simple solution. 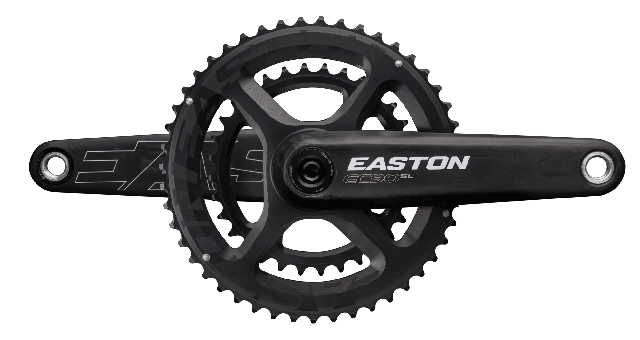 Easton answered the call with its handsome EC90SL crank and its new Gravel Shifting Rings in 46/30T format. I let the pros at my local shop install the crank with a fresh bottom bracket, but I took it upon myself to adjust the front derailer. Because the chainrings are so much smaller than on my previous crank, I had to move my front derailer into its lowest possible position, which luckily was spot-on. Don’t tell SRAM, but I swear my front shifts are smoother on the Easton rings.

But the crank was only half the gearing battle. A 30T small chainring did much to lower my gearing, but I wanted even lower. I would need a cassette with a wider range. 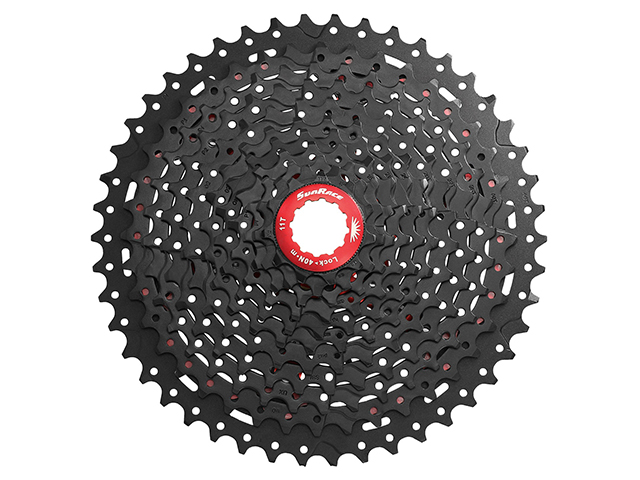 SunRace’s MX8 11-speed cassette fit the bill nicely and didn’t break the bank. (Other options of varying cost and heft include cassettes from Shimano and Microshift.) But the 40T big cog was well outside the capacity of my SRAM Rival derailer. I would have to get creative. Luckily, Wolf Tooth Components has already gotten creative for me. 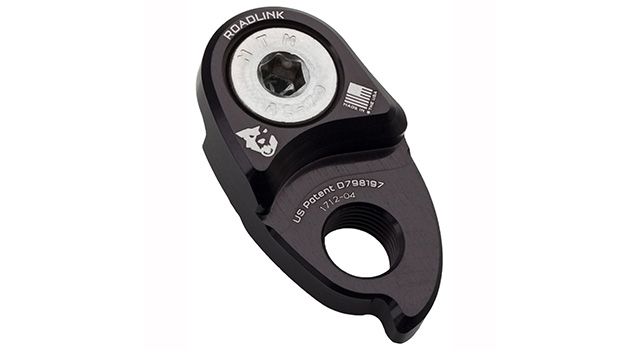 The Wolf Tooth RoadLink is a derailer hanger extension that allows a road derailer to play nice with a wide-range mountain cassette. It just looks like a chunk of machined aluminum, but I’ll be darned if it didn’t work exactly as promised. I only had to make the tiniest of adjustments to my derailer after installing the RoadLink, and I didn’t notice any difference in shifting quality after the change. With the RoadLink, my SRAM Rival 22 derailer shifts into the big 40T cog like it was made for it.

Cyclesense: How to Spend Your Upgrade Dollars

So what did all these new parts get me? A nice, low climbing gear. Specifically, on fat, 700c x 42mm tires, the magic number: 20 gear inches. (Okay, 20.85 gear inches.) And you know what? It turned out I needed every one of those gears because the hills in southern Oregon are steep. Loaded down with a full camping setup, five days’ worth of food, and four liters of water, I could spin comfortably up all the passes we encountered (the paved ones, anyway — we walked quite a few dirt road climbs). I lost a little of the top end with that 46T chainring, but I don’t miss it. You know what I do miss? Those gorgeous mountaintop views looking out over the State of Jefferson.