This article first appeared in the Aug./Sept. 2021 issue of Adventure Cyclist magazine. 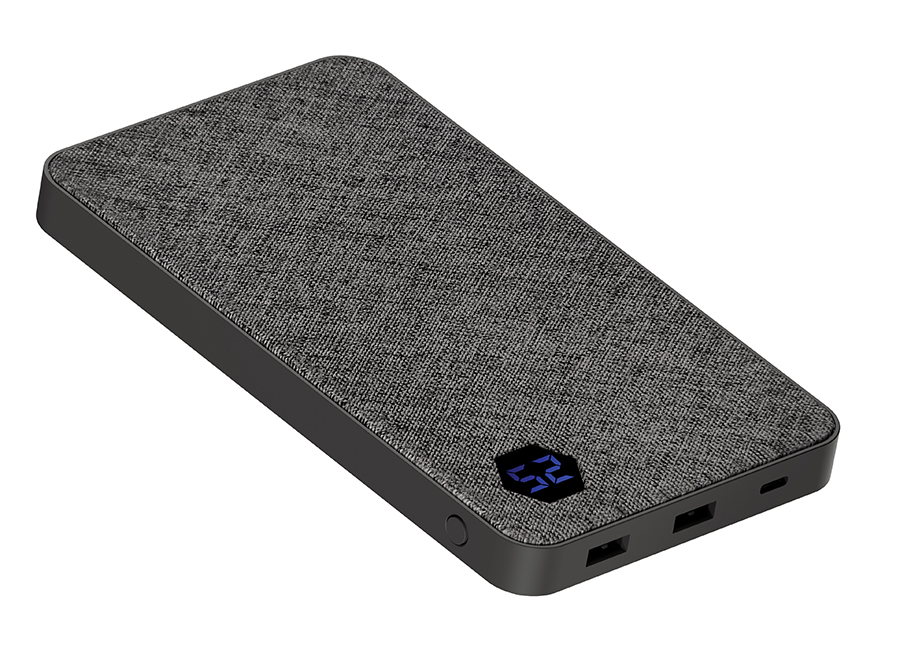 I recently found myself in transit for 36 hours due to flight delays. The Einova Ultra Fast Power Bank kept my laptop and phone charged while I worked outside. (Einova doesn’t recommend using it with a MacBook Pro, but I did and it worked fine.) Once in Montana, I hopped between bike camping, office work, and sleeping spaces, and I relied entirely on this power bank to charge my myriad devices. It handled it all very well thanks to the three charging outputs (45W USB-C PD, 18W USB-A Quick Charge 3.0, and 5W USB-A 2.4A). The digital display shows how much power the bank has so I was never in need of a charge and out of luck. The Ultra Fast Power Bank only takes a few hours to fully charge, especially if using the included cable. It isn’t light at just slightly over a pound, but I didn’t notice it in my handlebar bag. It also isn’t small (a little bigger than a large smartphone), but it’s sleek with rounded corners and a canvas casing. All my overly digitized needs were met whether I was doing some morning edits at a café or charging my phone while I slept in the woods, with a clear understanding of how much power I had coming in and going out, and that peace of mind took the edge off my travels.  –CW 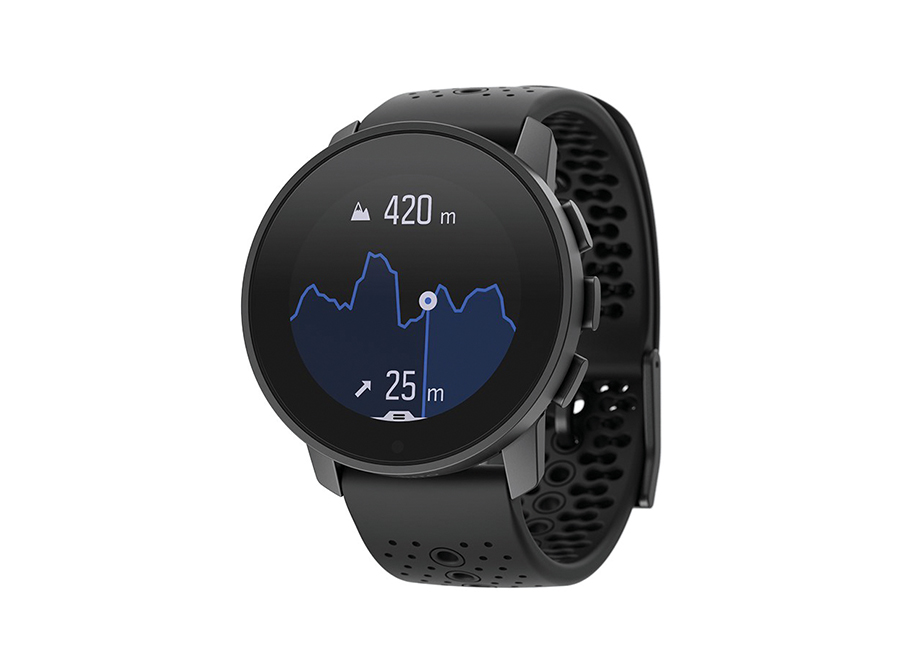 I’ve tried most sport watches on the market and hadn’t found one that worked for me on the bike until Suunto released its 9 Peak. It’s smaller than a lot of fully featured sports watches but still includes 80-plus sport modes, including basic cycling, indoor cycling, and MTB. And there may be more cycling modes — I haven’t gotten through all the options. But if you also rollerblade, do aerobics, or you’re a Nordic Walker, Suunto has you covered. The watch buttons are recessed, which prevented me from unintentionally starting or stopping a ride by flexing my wrist when I gripped the bars, which has been an ongoing issue for me with other watches. The screens are customizable so you can see the ride data you want. The watch has a better wrist-based heart rate monitor, which improved the accuracy of my overall stats. The watch also can provide in-depth weather insights, and it has on-watch navigation capabilities including route import with offline navigation and turn-by-turn directions paired with Komoot. Going to altitude? The 9 Peak provides blood-oxygen–level measurements to help you better anticipate and understand how you’re feeling as you go higher. I haven’t used all the features yet, like planning a route using sport-specific heatmaps and popular starting points. But I have been using the sleep-tracking function, as well as a screen that tells me how badly I need a rest day. The watch’s menus are easy to navigate and read. Bluetooth 5 doubles the sync speed between the watch and Suunto app, which brings me to another attribute that makes this my new favorite sport watch: exceptional battery life. The 9 Peak lasts up to 170 hours, and it charges fully in 60 minutes. The watch comes in stainless steel and titanium with a sapphire glass face.  –BB 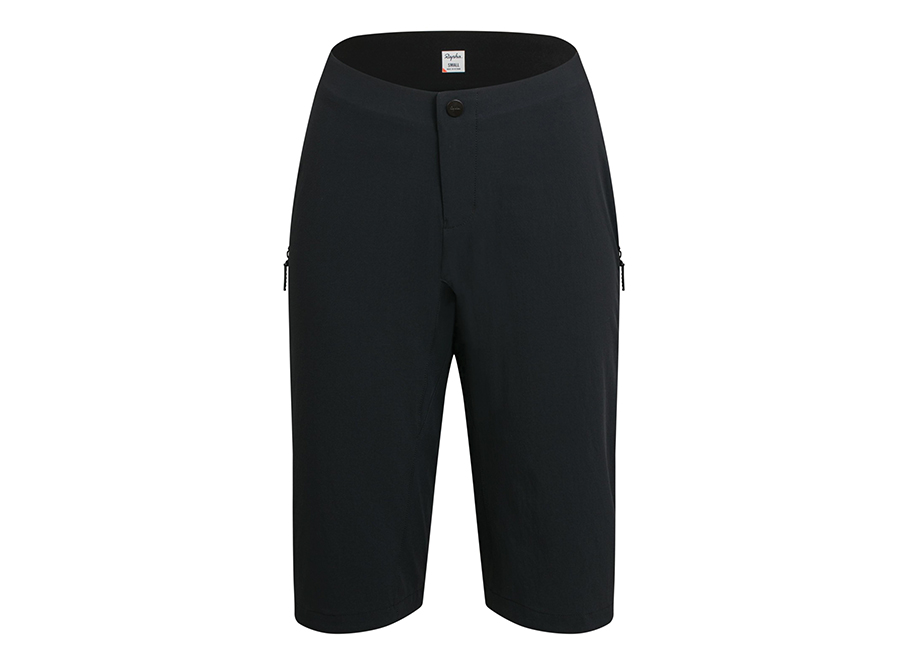 I love light, stretchy shorts for riding, and Rapha nailed it with their new Women’s Trail Shorts. Made from a form-fitting but non-binding material, Rapha won’t share specifics on what the shorts are made from, but I can tell you that they’re made for: movement. The body of the shorts have a little give in all directions, but the fabric is tough enough to take the abuse of trail riding. Two thigh pockets easily held my iPhone 11 Max, and a sleeve inside each pocket stored a tool and other repair items where they wouldn’t scratch my phone. The crotch is gusseted in a unique way that goes up the rear of the shorts. It eliminated any pressure points and let my legs move freely. The length, just barely covering my knees, is perfect. The shorts moved with me as I pedaled and didn’t get hung up anywhere. Possibly my favorite part, however, is the waist. The front snap locks, so when I was grinding up a hill these pants didn’t pop open. And the waistband is stretchy in the back but with a mesh web inside for structure so it doesn’t roll and the shorts don’t slip down.

My one complaint of Rapha’s Trail Shorts is they could benefit from an odor-controlling treatment. I’ve worn them three days with a chamois underneath, and I wish they smelled a little fresher. They haven’t bagged out, and the dark fabric has done an excellent job of hiding dirt, dust, and the spot where I wiped my sticky hand from an energy shot that exploded in my pack, so I’d love to wear them more days before they hit the laundry. Also available in men’s.  –BB 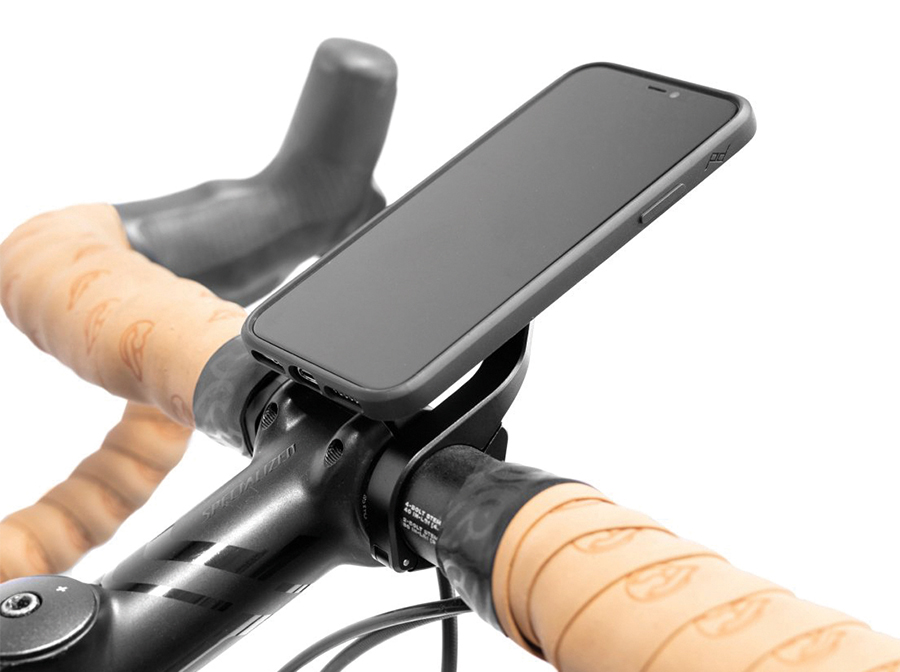 For years, I’ve struggled to find a system that mounts my phone to my handlebars. Most phone mounts either require a bulky case to mate with the gizmo that attaches the phone to the bar, or the attachment system isn’t strong enough and my phone falls off. Mobile by Peak Design is a system that includes numerous modular parts, including a bike mount that securely clicks into a nearly flat receptacle you permanently stick to your phone case or Peak Design’s phone-specific cases. The base of the system is the Universal Adapter ($20, not included), which attaches to the back of any non-porous phone case with 3M’s VBH adhesive. In a year of using this system, the adapter has shown no sign that it might peel off. It’s 2.5mm thick, which is so slim that I don’t even notice it when my phone is in my pocket or my hand. (Peak Design will also sell phone cases with the mount integrated, but they were not available for testing.) The adaptor has a recessed port that Peak Design’s Out Front Bike Mount clicks into. Magnets line up the mount and the adapter perfectly, making it easy to connect the two. And the phone can be positioned landscape or portrait. An included and optional GoPro-style adapter lets you attach a bike light or action camera below your phone.  –BB